If there’s one comment guaranteed to bring on a bout of me head-butting my screen, it’s this.

Anything that involves predicting what Mother Nature is going to do is never going to be an exact science, but the weather forecasters here on Tenerife generally do a pretty impressive job.

I say that as someone who has relied on their forecasts for planning walking on Tenerife for a decade.

Most of the time we don’t have to worry about the weather, the default setting is warm and sunny. But what a lot of guidebooks/travel companies don’t mention (know) is that subtropical islands such as the Canary Islands can experience extremes of weather. If you head into the hills to walk when the wind is wild, the rains are of monsoon proportions, there’s a snow blizzard or the temperature soars, you’re putting yourself in danger.

Thankfully, the forecasters warn us about extreme conditions in advance… and they are usually right.

But there’s a massive difference between looking at the BBC weather forecast which takes a pointless umbrella approach (the one people often and quite rightly point to as being wrong) and looking at the Spanish Met Office weather predictions which breaks the forecast into different municipalities and times of the day. It also makes a massive difference to be able to interpret what the forecast is actually saying. 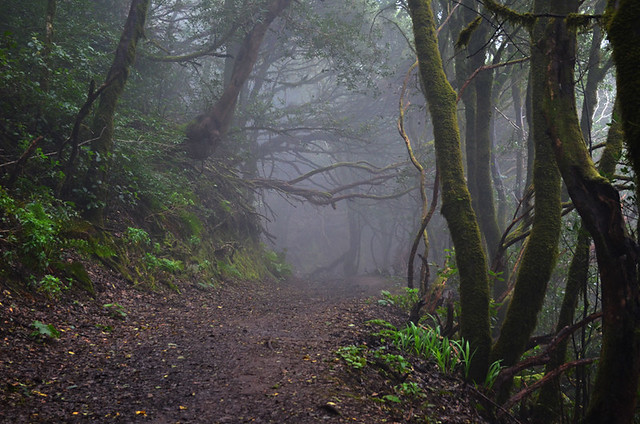 On a Saturday when we had planned a walk in the Anaga Mountains we knew, despite torrential rain falling during Friday night and a weather alert for even heavier rain on the Sunday and Monday, that the chance of rain was slight and the weather was due to improve as the day progressed.

As a result we drove to Anaga through rivers, pouring down from overnight rain in the hills, to set off on our walk in bruma (low cloud) and arrive at our spectacular destination in warm sunshine. It was what the forecasters had predicted and it was what we got. 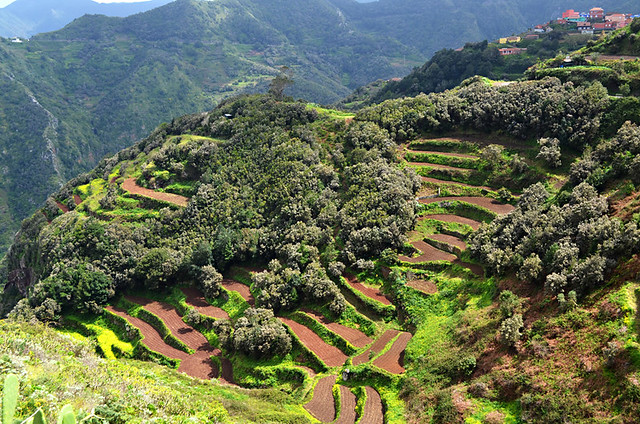 Two days later and there was a yellow alert for rain, but not where we planned to meet up with a friend to go walking. Snow had closed the route we wanted to take – snow we’d known was likely for a week beforehand and therefore wasn’t a surprise. We set off in a monsoon; horrendous conditions that didn’t improve as we headed west. As we crossed from the north west side of the island to the south west, the rain was joined by low, dense cloud which reduced visibility seriously.

An attempt to get to the Parador was thwarted by thick snow, unexpected as the people responsible for keeping residents notified of road closures had failed to mention the Chio road to Teide National Park was closed. 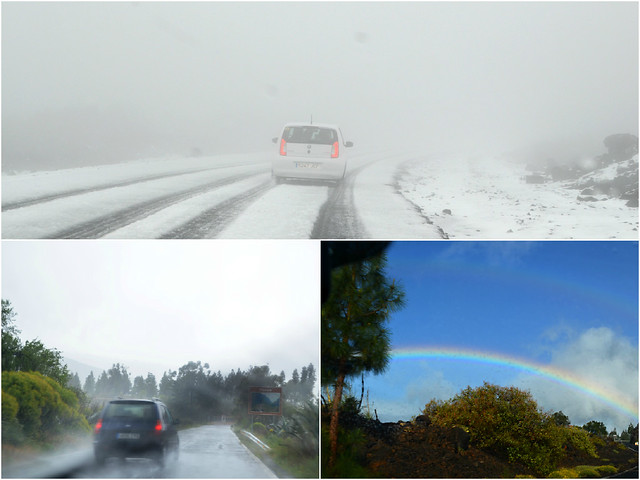 We headed back and then drove south above the south west coast, still through rain albeit not as heavy downpours. By the time we reached the south the weather had improved, as we expected from the forecast, and it was cloudy but dry. The access to Teide National Park was completely open. We knew this as we’d arranged to meet a friend there. He’d been staying in Vilaflor and hadn’t had a problem.

We’d lost so much time trying to get to the Parador  that we rearranged plans and met him at the Hotel Villalba in dry Vilaflor instead. As we walked to the town from the hotel, the rain started. By the time we reached the plaza we were drenched. Rain had been predicted for the south of Tenerife that morning and rain fell in the south of Tenerife that morning. The higher up, the heavier it was. 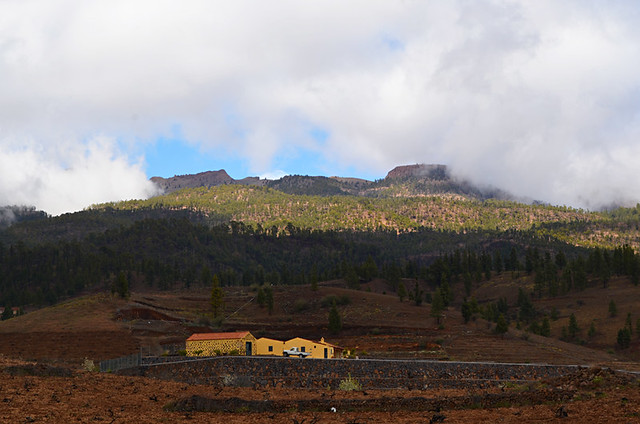 The forecasters had predicted an improvement as the day progressed, so we expected the rain to ease off by the afternoon. And it did. We walked through wine country as the clouds drifted away and the sun filled the land with colour. We stopped for a picnic lunch, accompanied by some wine tasting, at a bodega. It was warm in the sun as we munched huge bocadillos accompanied by crisp white wine – a pretty enjoyable alternative to what we had originally planned.

It was a day when the weather had been all over the place, but we had known what to expect and when to expect it. Only the people in charge of road management had let us down.

For the Spanish Met Office to be able to predict weather patterns to this level is an incredible feat that has us in awe. We experience it time and time again.

And yet there will have been someone standing on a beach somewhere looking at the sky and thinking to themselves ‘yup, the weathermen got it wrong again.’

And I’ll bang my head against my computer screen.