I’ve pretty much given up getting involved in conversations on travel forums about the weather on Tenerife.

There are a couple of reasons why. One, it’s pointless. No matter what the evidence, real experience or facts, the old ‘south is warm and sunny, north is cool and cloudy’ gets rolled out constantly as though there’s a weather competition between opposing sides of the island.

Tenerife is a subtropical island – that should tell anyone all they need to know about the climate across the island.

Nature is very good at providing information which is difficult to spin.

Green means there’s rain, or water of some sort getting to the land. Brown and a generally lack of plant life means there isn’t. That’s a very simplistic way of putting it, but you get the picture. What helps put the meat on the bones or, in this case, the leaves on the stem is what the greenness consists of. 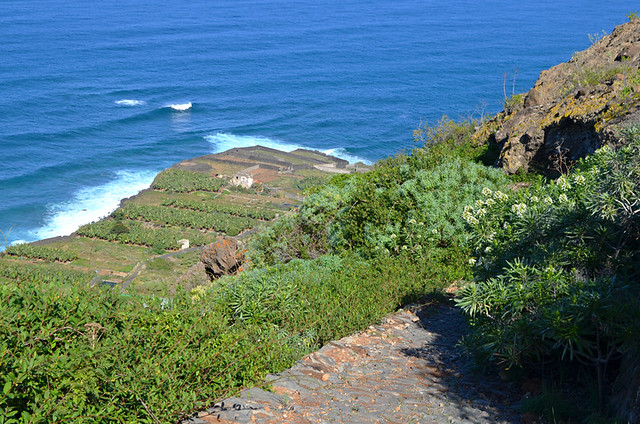 I was reminded of this on a couple of occasions recently. Once was climbing through the Barranco de Ruiz near San Juan de la Rambla, the other was on a revelation of a coastal path in Acentejo region in north Tenerife.

In the Barranco de Ruiz our route took us through a lush landscape where amongst the retama and wild lavender were prickly pear cacti, agave and tabaiba; plants which like full sunshine, warmth and not a lot of rain. When I think of tabaiba on Tenerife I tend to think of paths through the sun kissed Valle de Santiago. 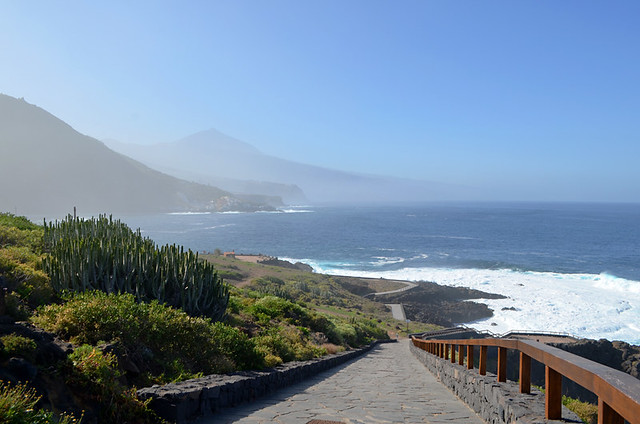 Our coastal route took us through tamarisk, curry plants and palm trees to a landscape which, given it was the end of December, was relatively arid. The plants which thrive in this area are also tabaiba and agave, but there are also thickets of cardón. It’s an area where the flora reminds me of parts of Tenerife’s south east coast. A book I have on native flora describes these plants as thriving in conditions where there is a deficit of soil water; i.e. where rainfall is less than 300mm annually. 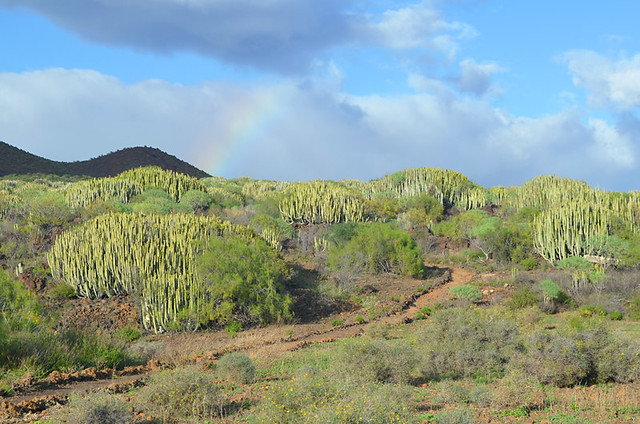 Further along the coast I could see the banana plantations which add an exotic aspect to parts of the countryside close to sea level around Tenerife. Banana plantations are found in tropical and subtropical regions as they flourish under warm to hot temperatures. They need 26-28C for shoot growth and they don’t like a lot of wind. The plantations along the north coast are uncovered. 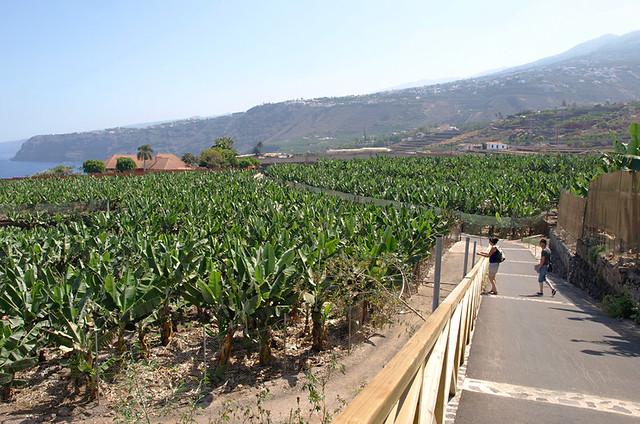 The landscape is full of indisputable information. This doesn’t just apply to the north coast of Tenerife. It applies equally to all parts and also to different altitudes.

Nature is an open book which makes for an interesting an illuminating read.