Mystery solved, we could concentrate on other things. It was the second time we’d visited the Mirador de Garachico, located directly behind La Quinta Roja. The first time we’d been impressed by its simplistic but stylish good looks, although baffled by the mirador tag, and also by the fact that they were trying something a bit different; creatively original food to compliment the creatively original boutique hotels in the town. 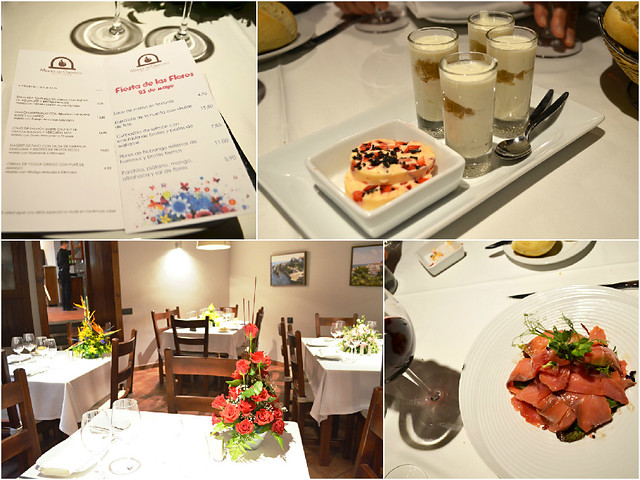 This visit was suggested by a friend and coincided with one of the restaurant’s theme nights, the fiesta de las flores, which involved some dishes with a floral theme and live music. It all sounded delightful and intriguing.

There are three dining areas. The smallest is beside the bar where chic furniture and some snazzy touches perk up what could have been a dull area. The second is akin to a covered terrace and offers fresher dining in the hot summer months. The third is a more classically decked out room at the rear of the restaurant. All had been spruced up by floral displays, which acted as particularly impressive centrepieces in the more traditional dining room where our table was. 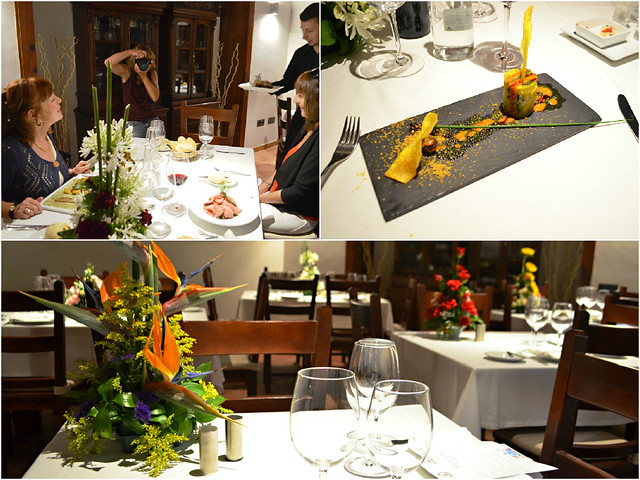 Arriving at 8pm we were early by Canarian standards but before long the restaurant was filled to the rafters and buzzing.

Within seconds we were handed menus and special floral menus (very friendly staff) and a few seconds after that the head scratching and pondering began in earnest. I didn’t remember the menu having so many things I ‘needed’ to try. It’s a clever menu, incorporating Canarian favourites with creative dishes for those who like more adventurous dining. Potential choices were batted back and forward across the table like a ping pong ball as we tried to come to some sort of a decision.

The Food at Mirador de Garachico
Despite being sorely tempted by the floral dishes, especially courgette flowers filled with hummus, we ended up only ordering one of the theme night specials for no other reason than the standard menu was just too good to resist. 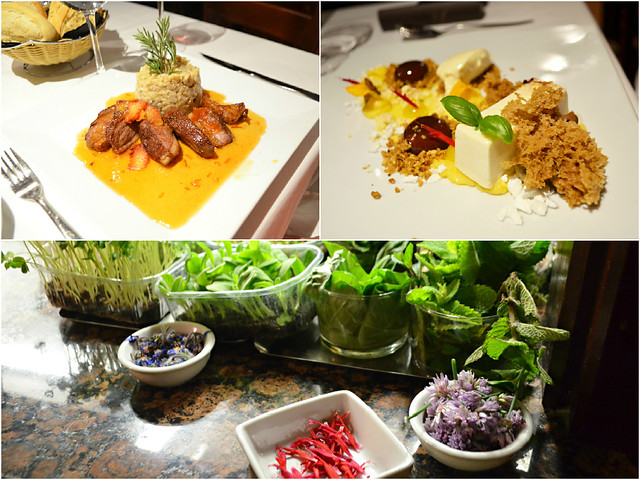 From then on it was a culinary roller-coaster of surprises starting with an amuse-bouche of strawberry butter with black pepper and a glass of natural yoghurt and angelica. Strawberry butter? An odd idea that worked brilliantly and could have caused an argument as there was only just enough to tease all our tastebuds.

Andy passed on a starter (saving space for a pud) whilst our friend stayed local with potaje de berros (watercress soup) with accompanying cheese, gofio and red onion to customise the flavour to suit. Two of us opted for a tapas winner from a couple of years ago; a neat little tower of cod and sweet potato drizzled with mojo rojo; a mini work of art.

If we thought that looked and tasted good, the mains were in the next league up. Pork cheeks with mash, salmon marinaded in beetroot on a blini and cilantro bed, duck a l’orange and the winner in the looks department, sea bass and prawns with asparagus. It was contented mmms all round as we scoffed the lot whilst a guy with a guitar in the ‘conservatory’ dining area sang Spanish songs peppered with a few more familiar sounds. Bizarrely it was the second time in under a month I heard The Cranberries’ Zombie performed (a couple of weeks previously it had been in a bar in Sao Vicente where it was bookended by traditional Cape Verdean songs) after not hearing it for years. 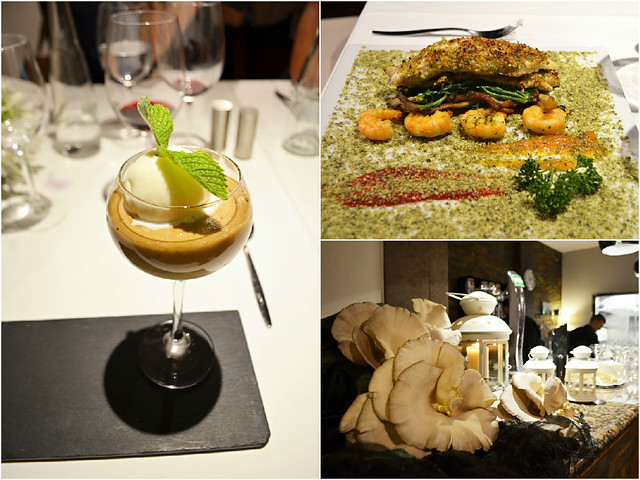 The desserts maintained the surprise element with me having just enough space for a pud version of a barraquito coffee whilst Andy made up for the lack of a starter with one of the floral offerings; a mini garden consisting of passion fruit, mango, banana, basil and petals as well as other ingredients we couldn’t quite figure out (a secret garden element perhaps), although I’m sure there was gofio flavoured moss.

Last visit to the Mirador de Garachico had been an enjoyable dining experience, this time it was an extra special one with a lively and friendly atmosphere and beautiful looking food whose taste delivered on the promise of what was on the plate.

A taste of honey on Tenerife

Before we moved to Tenerife I could take or leave honey. Now a jar of local, golden (or otherwise) goodness is one of the things I seek out when I travel anywhere. […]