Whilst there are still some locations in the Canary Islands where vegetarians struggle for choice –  ‘you can always eat an omelette’ doesn’t count as choice – Puerto de la Cruz in the north of Tenerife isn’t one of them.

In the last few years it has developed into a bit of a veggie dream destination. Maybe that’s over egging the pudding, but there are plenty of places for vegetarians to enjoy a diverse range of flavours when it comes to eating out. 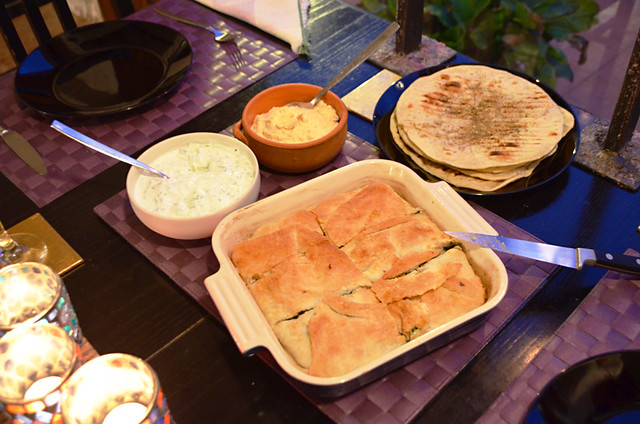 We know because a) we used to be non-meat eaters and whilst we’ll now eat just about anything we are still a meat-free zone for most of the week. This is mainly because many of the vegetarian recipes we use are tastier than a lot of their meaty counterparts. The b) part is that a lot of our  friends don’t eat meat, so when they visit it’s the restaurants with plenty of vegetarian choices we always end up in.

Vegetarian junk food in Puerto de la Cruz
At least one vegetarian friend enjoys a junk hit as much as the next person. El Limon (Calle Esquivel 4) is good for veggie burgers, veggie hot dogs, fresh juices and smoothies. For mixed company junk-food seekers, Salina Express is a popular local burger bar next to Plaza Europa with a couple of veggie burger choices. 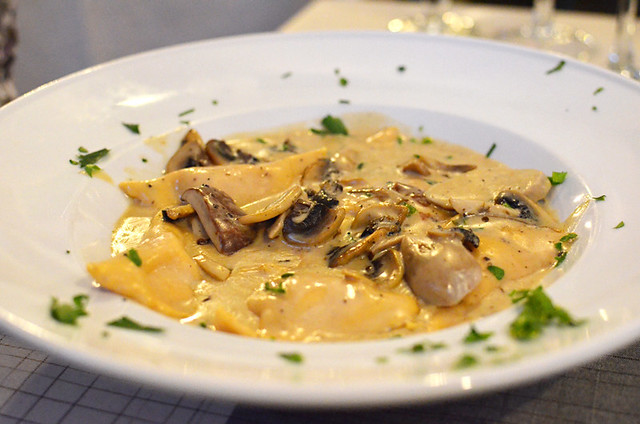 Pastas and pizzas
Italian restaurants usually have a decent amount of  non-meat options. There are plenty of Italian restaurants In Puerto de la Cruz but for fresh pastas we either head to elegant Rosa di Bari (Calle El Lomo, 23) or Da Arianna on Ctra. Botanico in La Paz. With pizzas, we don’t tend to have a stand out favourite although Europa opposite the Botanical Gardens in La Paz and Vicolo on Calle La Hoya are dependable. 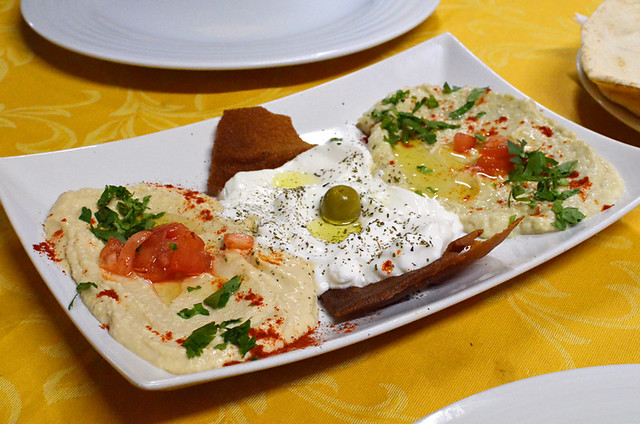 A taste of the east
As we’re massive fans of the likes of hummus, falafel, tabouleh, savoury pastries and baba ganoush we regularly visit Al-Amir (Calle Puerto Viejo,2) for a hit of delicious Lebanese food with or without veggie friends in tow.
Despite there being an Asian deli and an Asian community in Puerto, there isn’t a great choice of Indian food, but there is Jai Mata Di (Calle de Zamora). It’s as basic as they come but anyone familiar with Manchester’s curry mile will know that the best places for a curry aren’t always the ones with fancy décor. There are almost as many vegetarian options on the menu as meat dishes. Portions are big and it’s cheap – ideal for an authentic curry hit. 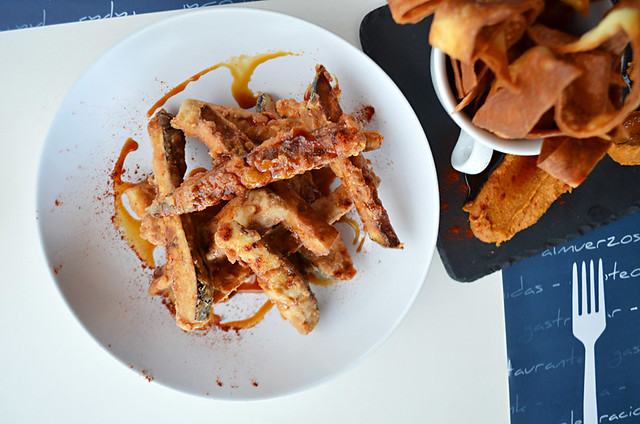 Good for mixed company
La Esencia, tucked away in a dead end alley off Avenida Venezuela, is a good choice for anyone who enjoys their food to be on the imaginative side and full of flavour. They class it as fine dining which is a bit of an outdated phrase with stuffy connotations. The menu is more like hearty Mediterranean and the place isn’t stuffy in the slightest.
Our new veggie favourite for lunch is Andana Beach Club, behind Playa Jardín, which still seems to be somewhat ignored despite being incredible value and with a selection of dishes which aren’t the norm. Try the red pepper hummus and chunky or crispy aubergine chips with miel de palma (not the same as the usual fried aubergine dishes you regularly find on menus here). 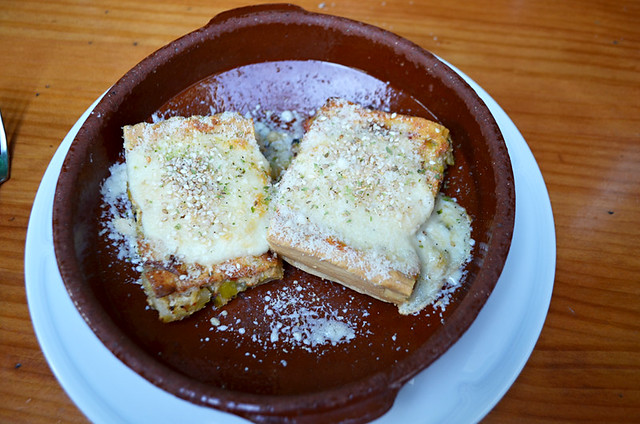 Proper vegetarian restaurants
If you’re not vegetarian forget the fact that El Maná (Calle Mequinez, 21) and Hay lo Que Hay (Ctra. Botanical) are vegetarian restaurants, both simply serve delicious food. The last two times we ate in Hay lo Que Hay, out of seven people only one was a vegetarian and everyone thoroughly enjoyed their meal. I particularly like their puff pastry gratin.
Stylish El Maná also serves up beautifully flavoured food and has an interesting selection of local artisan beers to compliment the nosh. 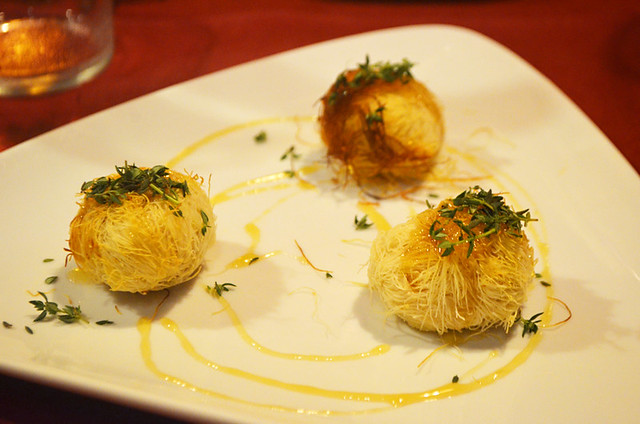