This is a bit of a self indulgent post. At the end of the year it’s quite interesting for us to look back at some of the things we’ve seen and where we’ve been on Tenerife over the previous twelve months.

Chunks of the year have been spent walking on pastures away from these shores, but there’s still been plenty of time for continuing to explore our adopted home.

These are some snapshots of 2014 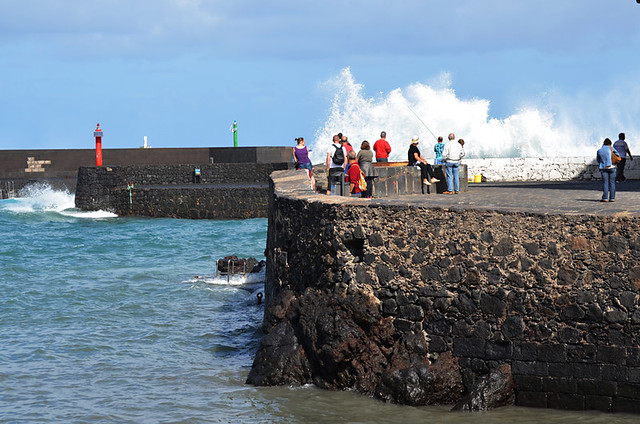 There always seems to be big waves in January, amongst other times. This is the month when huge waves can sweep into Punta Brava, bringing adventure seeking surfers from across the globe. These ones in the harbour in Puerto de la Cruz were just the average big waves. 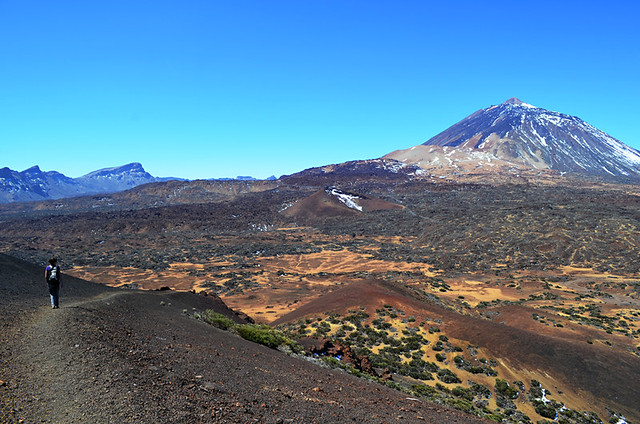 With a planned trip to help design a new walking and discovery holiday on Fuerteventura on the cards, Teide National Park was ideal for getting into the arid, volcanic terrain walking groove and testing out a new rucksack for holding camera equipment. The testing involved leaving it open as I stood up, learning a vital lesson about how camera rucksacks work. 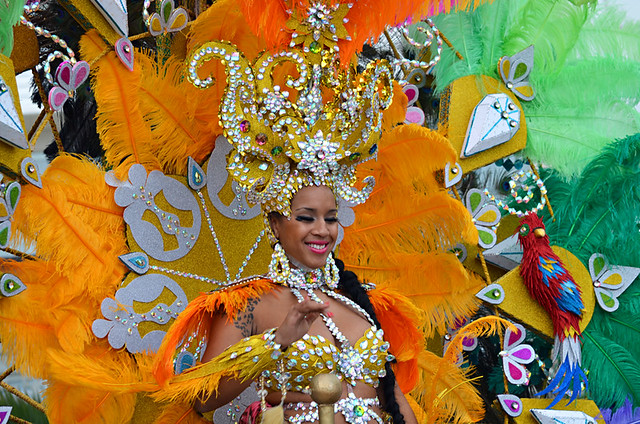 It has to be carnival. Truth is I can’t remember much else about March apart from carnival – it is all consuming.

April – What Happened?
Apparently I didn’t take one photograph during April which is highly unusual. We spent the first half of the month on Fuerteventura, the rest putting together a ‘Discovery Guide’ for the island, so we must have been housebound for the second half of April. 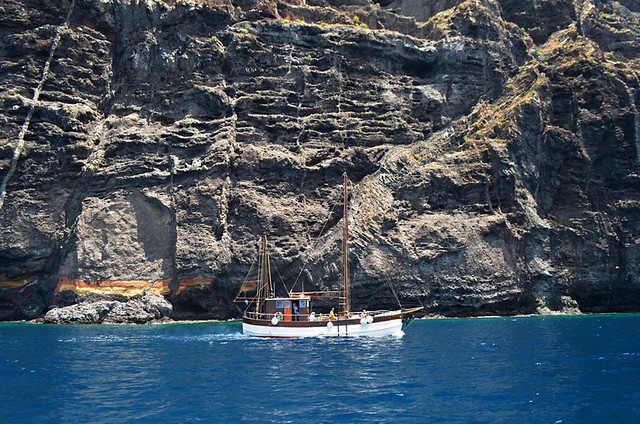 Those incredible cliffs were even more stunning when seen from the sea – with their ancient rocks and oh so blue water. 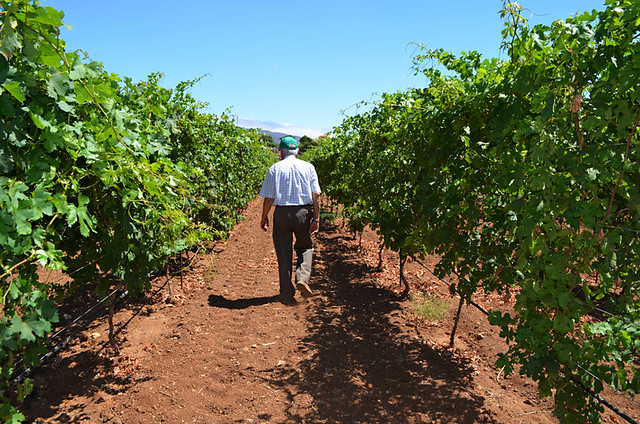 Summer temperatures arrived with a hot day strolling amongst the vines on the slopes above the east coast… and tasting some wonderful wines from Bodega CHP. It was a favourite Tenerife wine before, more so after we discovered what great people they were as well. 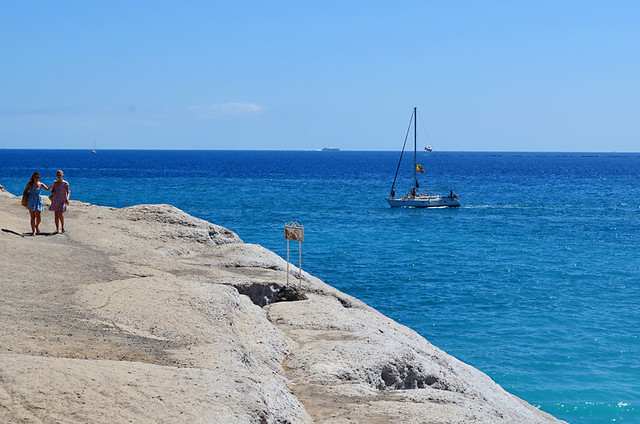 After being dubious about Tenerife’s southern resorts our nephew was quite blown away by his first visit to Costa Adeje’s Del Duque area. This scene just has summer written all over it for me. 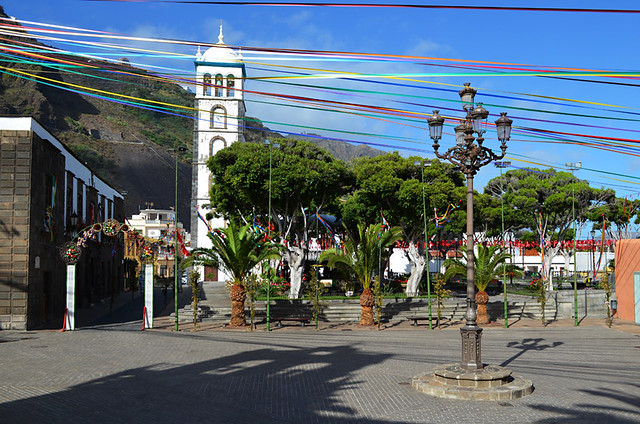 We spent loads of time in Garachico this year – no hardship as we reckon it’s the prettiest town in the Canary Islands. In August it was looking fab, all tarted up for its fiestas. 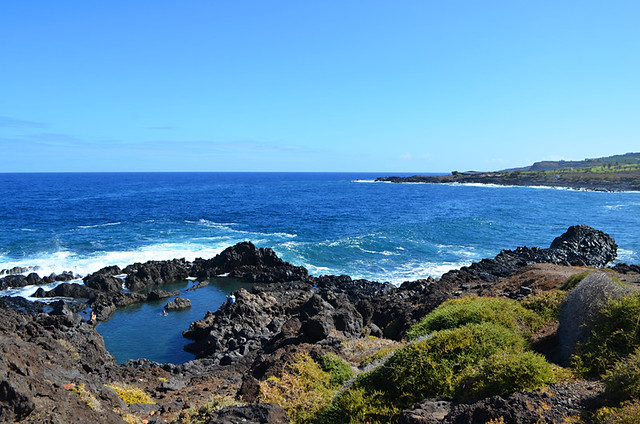 September, always perfect weather and more suited to floating in one of the rock pools at Buenavista del Norte than notching up 20km walking along the coast. 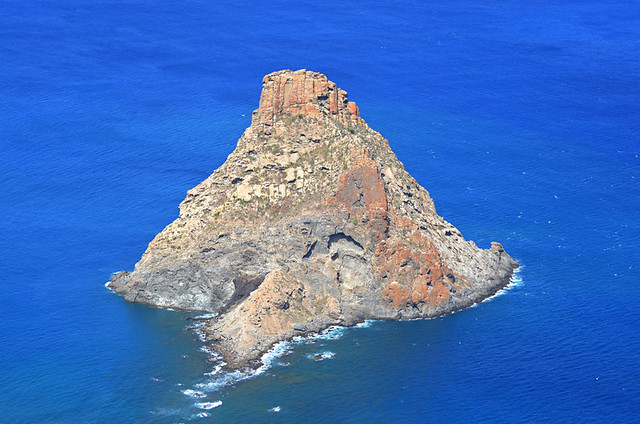 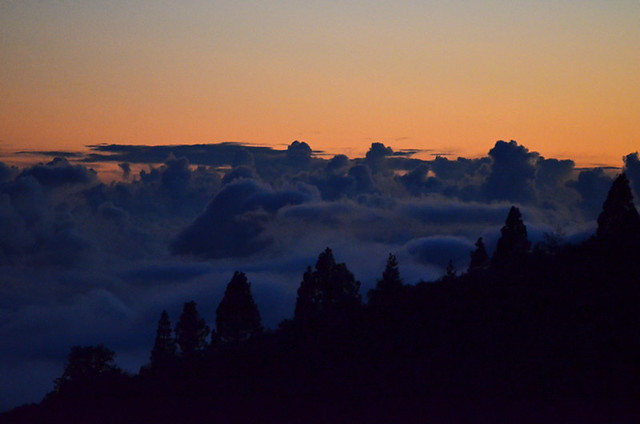 An unsettled and quite stormy November saw us watch a magical sunset from above the clouds in Vilaflor. 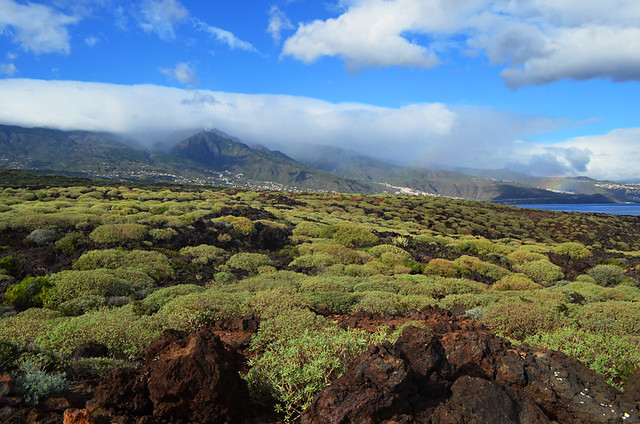 We’re only halfway through December, but the weather that lingered throughout November still hangs about. A walk through the Güímar badlands at the start of the month revealed the sort of weather much of the island had been experiencing – cloud in the hills, partly sunny on the coast and the hint of a rainbow revealing moisture wasn’t far away.

A trip back to Blighty resulted in us not only picking up Christmas presents but also a couple of nasty little bugs which have kept us both housebound since. As Belenes and Christmas lights bring a festive feel to Tenerife, we’ve not see, or photographed, one yet.

For us Christmas on Tenerife has still to start.

Bah Humbug… or whatever the Spanish version is.