A couple of years ago we helped put together a new Gran Canaria walking holiday for Inntravel, a UK travel company specialising in Slow Travel holidays.

It involved linking up rural hotels and towns from just above Maspalomas in the south of the island with Agaete in the north to create an itinerant walking holiday. It was challenging but exhilarating work as we pieced together routes, with the help of maps and local advice, to join the geographical dots. When we arrived at Agaete, we decided to go a stage further and walk to the edge of the sea at Puerto de las Nieves; basically to the end of the road. 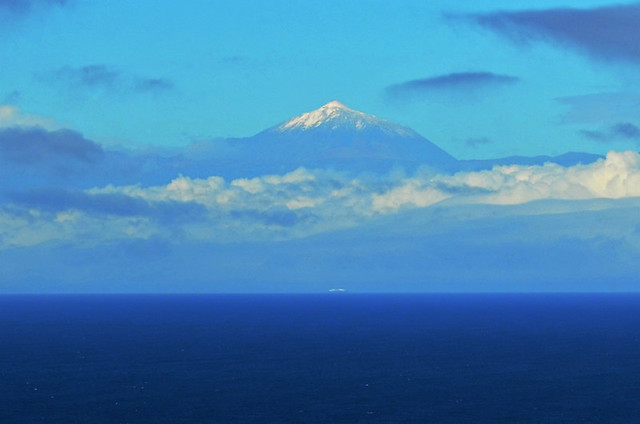 The feeling as we stood on the cobbled shoreline with the Atlantic licking our tired dusty boots was a first for us as far as walking goes. We were engulfed by an overwhelming sense of completion and profound satisfaction. We had reached the end of the road. Ahead, there was nowhere else to walk.

Now every time we walk into an ‘end of the road’ village on Tenerife, there’s the slightest stirring of the emotion I experienced on that Gran Canaria coastline. There’s something different about end of the road places; something slightly unsettling in one way and exciting in another. They’re too tucked away for casual explorers to stumble across. Their access roads are far too narrow and winding to accommodate anything but the smallest of coaches, so they simply don’t exist for tourist excursions. They feel different; remote with the faintest aroma of frontier land still hanging over them.

There are a few places on Tenerife that stir these, possibly over-romanticed, notions. Maybe it has no meaning or relevance, maybe it does, but the ones where it feels strongest are located almost at the island’s most easterly and westerly points.

End of the Road West 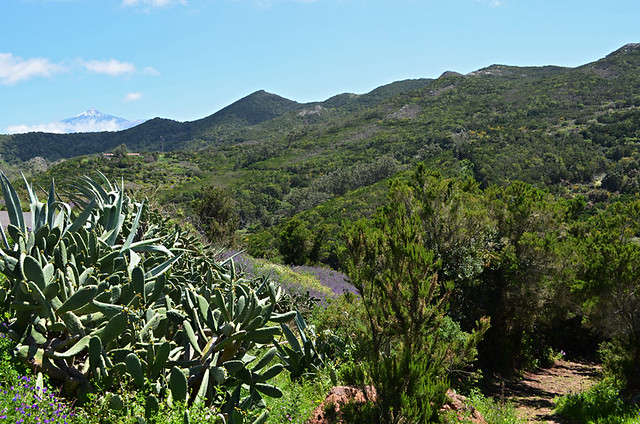 Arriving at the little hamlet of Los Bailaderos in Teno Alto always feels a bit like reaching an outpost to me. We emerge from the laurel forest, often to a musical soundtrack provided by goats skipping across the hills; their bells ringing at every jump and enthusiastic tug of anything they consider edible (most things).

The hamlet is nearly always deserted, a ghost town. One of the first places we pass is a cupboard-sized shop selling addictive cheese that napalms the mouth. The shop is usually deserted also, but a bell eventually brings the owner from a hazy interior obscured behind a beaded curtain. 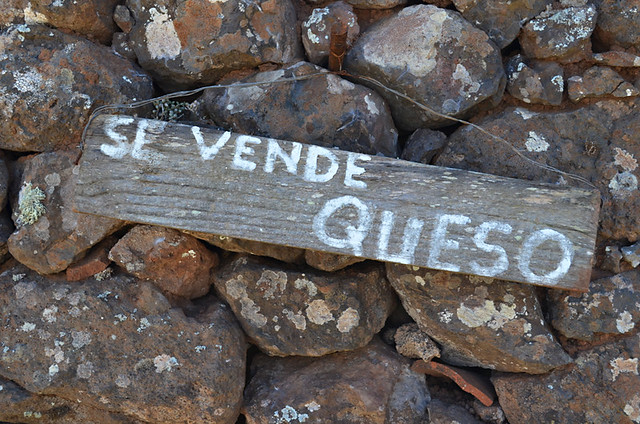 There are two bars in Los Bailaderos, one doubles as another shop. I’ve never seen it open in years. The last time I did, an old women offered us a handful of herbs for no other reason than we were there and she had big bunches of perfumed plants in her hands. The other bar solves the mystery of why there are no locals on the street. The door remains open even when a chill wind blows through the hamlet. It amazes that people who live in a normally warm, sub-tropical climate seem oblivious to cool draughts. 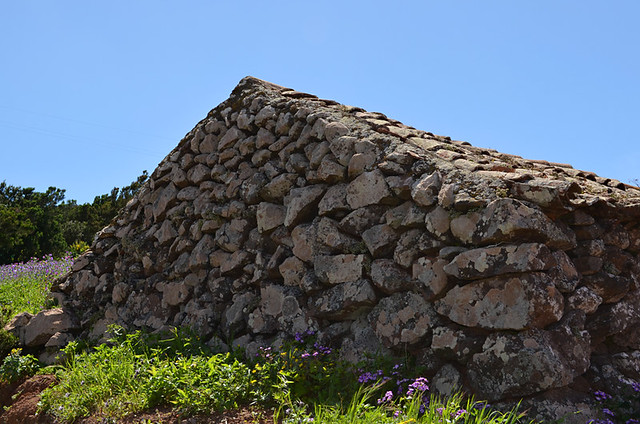 Although a concrete path continues beyond Los Bailaderos to even more remote homesteads, this is really the end of the road. Even the weather agrees. No word of exaggeration, on one occasion we stood at the last house with light rain tapping the hoods of our jackets. Two steps further and it was bone dry – the rain fell like a neat curtain, drawn at the very western end of the hamlet.

End of the Road East 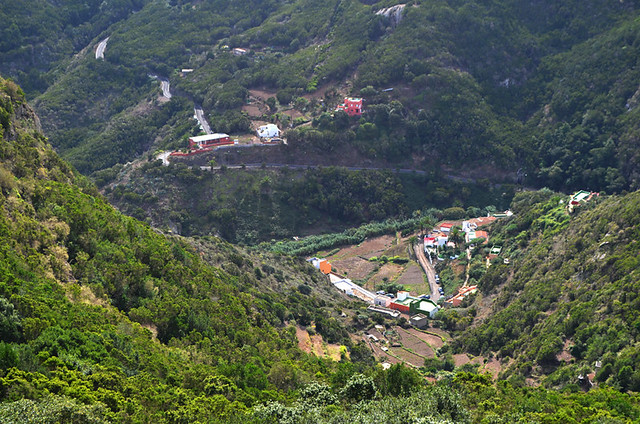 The Anaga area is peppered with end of the road villages which make Los Bailaderos seem almost like a popular tourist spot. Of them all Chamorga has a particularly special air about it. It’s an end of the road village that feels beyond the end of the road. An anorexic forest road that goes on for miles and miles is a deterrent to most. It’s deep into the heart of the Anagas, swallowed up by densely forested ravines and beyond a penultimate hamlet with little more than goat tracks as streets.

Where Los Bailaderos sits exposed on a hilltop, Chamorga lies in a claustrophobic but beautiful valley. It’s bordered by cane, palm trees, laurel and dragos. There’s a sense of crossing continents, helped by the scenery and the almost constant presence of a young man at the start of the village who seems to be perpetually repairing a car to the spicy beat of Latino music. His music might sound like a scar on nature. It isn’t – for some reason it fits the surroundings. 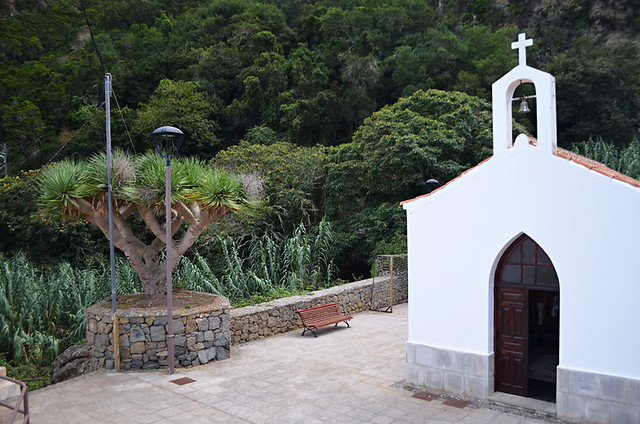 For an end of the road village, Chamorga feels quite lively. There are always people about (the Latino music loving amateur mechanic for a start). The prison-like local bar is uninviting looking, yet welcoming – the lively hub of the community and an enthralling place to sit supping a cool beer late afternoon after a long walk. Time slips away here as smoothly as the amber liquid down my hot throat.

The thing about these remote little places, these tight-knit communities, is that even as obvious outsiders we’re made to feel quite comfortable and at ease in them.

These intriguing hamlets and villages at the end of the road seem to exist to the beat of their own drum, changing little as the outside world rushes forward. Maybe that’s part of their appeal – in a way they feel as though they’ve turned their backs on the passage of time. 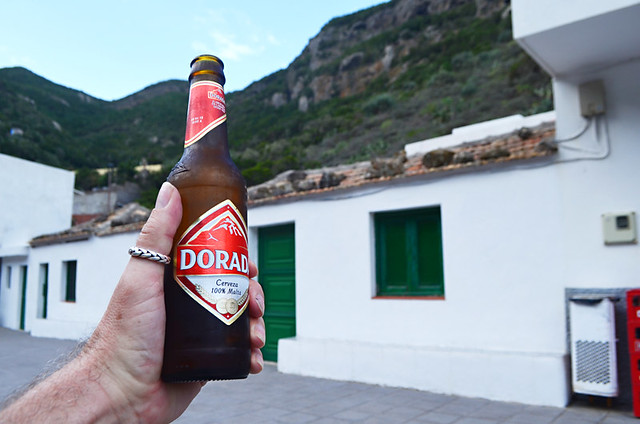 Or maybe it’s because my view has been fancifully coloured by usually looking at these villages through the brown coloured glass of a Dorada bottle after a long, hot walk.