Anyone who has ever eaten at a restaurant on Tenerife cannot fail to have tried the island’s best loved gastronomic tradition of papas arrugadas con mojo. Most visitors fall in love with these tasty little numbers and sometimes request them over chips, thus sending a popular stereotype temporarily reeling. But beyond their addictive tastiness, these island delicacies are not only specialities, they’re also very special. 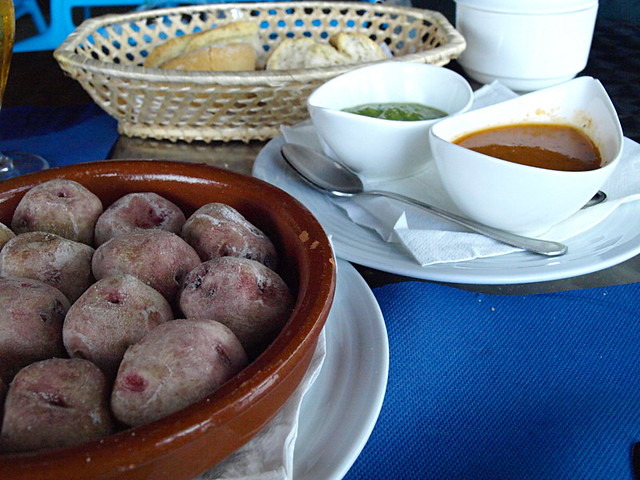 Known collectively as papas bonitas, the little potatoes that are necessary to achieve the salty crust and taste-infused flesh of papas arrugadas come in 46 varieties, are cultivated all across the Canary Islands and were awarded their own Denomination of Origin, La Papa Antigua de Canarias, in 2012.

25 varieties of La Papa Antigua de Canarias (18 of them from Tenerife) can trace their roots all the way back to tubers imported from the Peruvian Andes over four centuries ago when, with climatic conditions very similar to those of their home, they were first planted in the upper terraces of Icod de los Vinos. For centuries, while the rest of Europe refined and cross-seeded new varieties, the poor farmers of Tenerife couldn’t afford to experiment lest crops failed and famine followed. So the original crops were maintained. 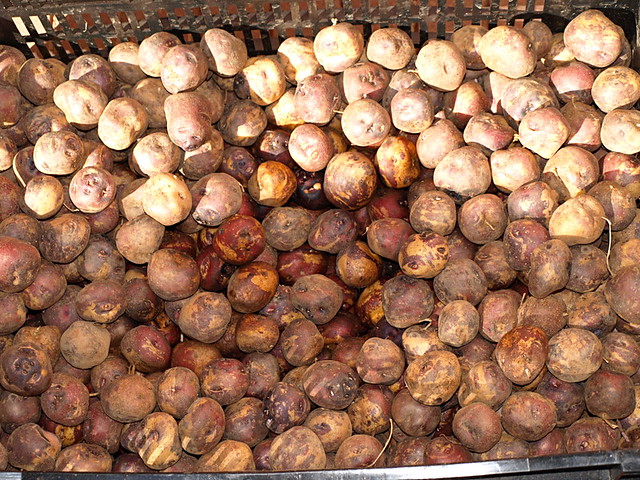 Today, La Papa Antigua de Canarias is considered a gourmet delicacy in the kitchens of the island’s top chefs and is featured on all the best menus accompanied by creative takes on traditional recipes and home-grown ingredients. But the precious papas bonitas face an uncertain future as Tenerife’s farmers turn to varieties with shorter growing seasons, improved yields and bigger sizes in their need to continue to keep their fincas profitable in a world recession.

One organisation, appropriately located in the upper reaches of Icod de los Vinos where the potatoes first found their roots, is trying to save the papa bonita. The Asociación de Papas Bonitas are working hard to protect this most precious of crops. Getting no funding from the Tenerife government, a team of dedicated volunteers run education campaigns to inform farmers about the importance of continuing to cultivate papas bonitas and help them with pest control and disease elimination.

After almost five centuries of keeping generations of Canarios alive, we think this tasty little fella deserves all the help we can give it and there’s a very easy and tasty way to help the association in its mission by ensuring demand levels remain high. Simply give the chips a wide berth and order the papas arrugadas instead.