For years we’ve never understood why Tenerife’s eye-catching Auditorium ignored those visitors who flocked to it during the hours of daylight. Why it didn’t have a café to capitalise on the steady flow of traffic was a mystery. But this is Tenerife where the blindingly obvious well… apparently isn’t. 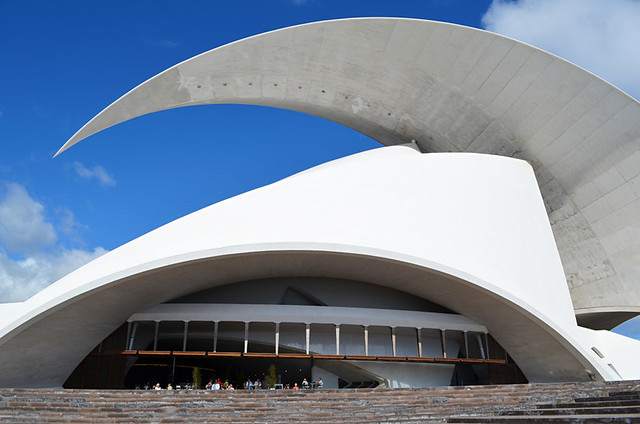 Somewhere the peseta dropped and, toward the end of last year, the Bravo! Café Bistro appeared underneath the gleaming white hood. It wasn’t just any old café, this was one under the guidance of one of Tenerife’s top chefs, Lucas Maes. That alone held all sorts of promise.

As soon as the opportunity arose we went along to check out the Bistro!

The café is situated under one of the Auditorium’s curving arches on the side facing the old Black Castle and new Planetum in Santa Cruz. It looks like it belongs, with tables and chairs either shaded by the arch or in full sunshine on the wide paved walkway that acts like a moat around the building. The interior is a bit odd; huge like an aircraft hangar with a handful of high tables and stools looking a bit lonely in the huge space. But it works. It feel suitably arty and the furnishings are sleek and modern to compliment the architecture. 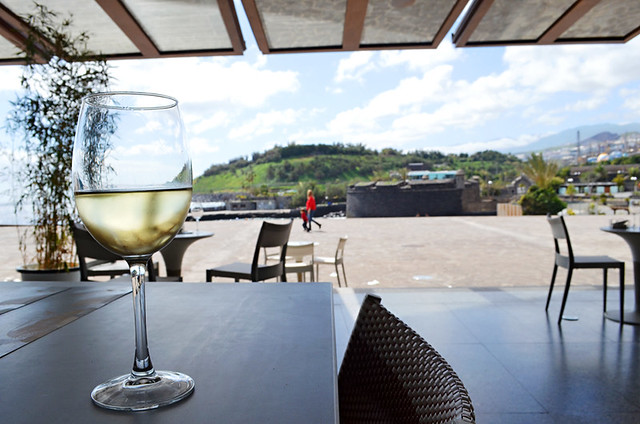 Bravo, Cool Eats at Bravo!
The menu is concise and cleverly features a mix of goodies to appeal to local palates as well as Northern European ones. So alongside a Canarian cheese platter you get mett with German bread and wok fried prawns and vegetables in a ginger and soy sauce.

The dishes on the menu veer more toward a light Mediterranean style rather than a hearty Canarian one, concentrating on fresh ingredients and flavours rather than the ‘pile it high’ type approach. So salads and pastas instead of lots of meats.

I don’t eat ribs often but slow cooked ribs in a tangy barbecue sauce rang my bell whilst Andy opted for chicken salad with a green curry vinaigrette in order to save space for a piece of carrot cake. 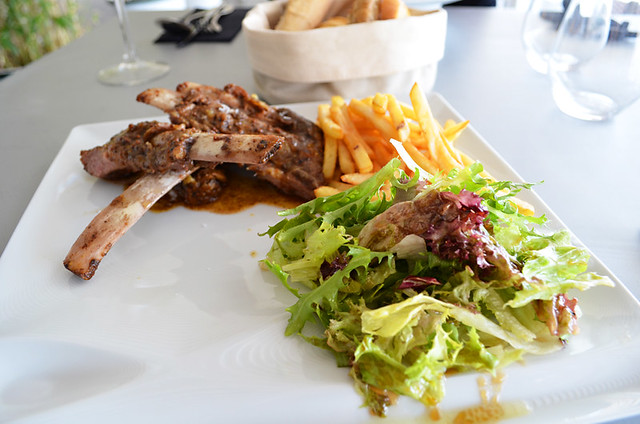 Both dishes were pleasingly full of flavour; the ribs falling away from the bone without much prompting whilst the salad, although light, was a substantial size.

With a couple of crispy white wines, it was a wonderfully chilled way to counteract a morning spent at Trafico in Santa Cruz. A nice touch was that the chef came over to us after we’d finished to ask if we’d enjoyed the meal. In fact, all staff were smiley, friendly and efficient.

Bravo! Café Bistro is exactly the sort of café that the Tenerife Auditorium has been crying out for. 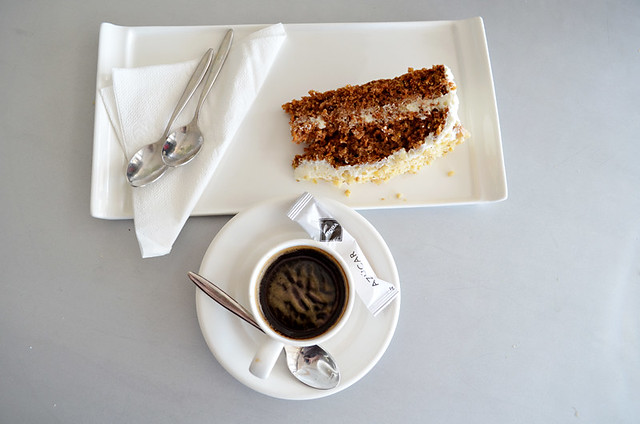 Note: Bravo’s facebook page is now MAG Café Bistro – which is the same name as that on the menu. So what it’s actual name is, we’re not sure. We’ll just have to go back and check it out… and test out a couple of other things on the menu whilst we’re at it.