I signed up to Tripadvisor in 2007 for one reason and one reason only. Its Tenerife forum was rife with misinformation.

The biggest culprit was connected to the weather. When people asked about the difference in temperatures between north and south Tenerife, coastal temperatures were given for the south whilst for the north those given were taken from readings at Tenerife North Airport, 600m above sea level. Unsurprisingly this skewed difference in altitude regularly showed at least a 10 degree variation. It was misleading and completely inaccurate.

But misinformation isn’t simply connected to the weather or restricted to Tripadvisor. In the week I started writing this I saw a travel blog reference a fiesta on Tenerife, stating it dated back to the 12th century and was linked to Catholicism. An interesting theory, as crucifix-wearing invaders didn’t conquer the island until 1496.

There is a constant flow of misinformation about Tenerife. Some of it involves simple mistakes which won’t have any impact. But others could be the difference between potential visitors choosing the island as place to enjoy a holiday or not.

For that reason, we’re on an ongoing mission to put right the wrongs when we ‘catch’ them. 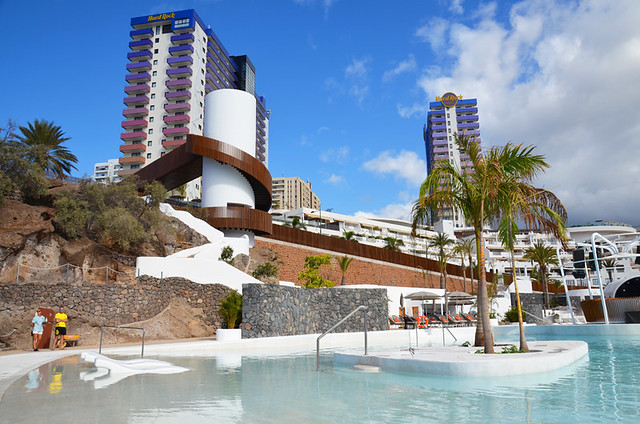 About the Hard Rock Hotel – “The hotel isn’t in costs adeje as is often stated”:- Tripadvisor review
Actually, technically it is. Costa Adeje translated means Adeje’s coast and the Hard Rock Hotel being located on the coast in Playa Paraiso, which is in the municipality Adeje, is on the Costa Adeje. However, it isn’t in the resort which most visitors know as Costa Adeje and that’s where the confusion comes in.

“Costa Adeje starts at the far end of Playa Troya”: – Tripadvisor
Where Costa Adeje starts and ends isn’t a matter of opinion as some people seem to think. Playa de las Américas is in one municipality and Costa Adeje is in another, that makes where one starts and the other ends important to the councils involved if not visitors to the area. Any of the resort area west of Barranco de Troya and Barranco del Rey is located in Costa Adeje, basically Veronicas marks the end of Playa de las Américas if walking east to west. It’s all explained here. 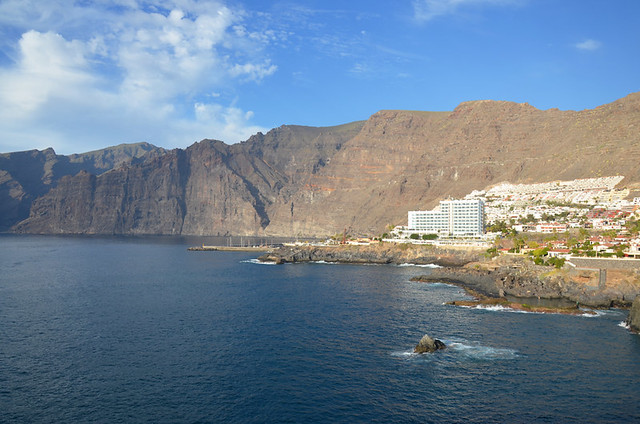 “Los Gigantes is in a remote part of Tenerife”:- travel blog
Simply put, no it really isn’t. 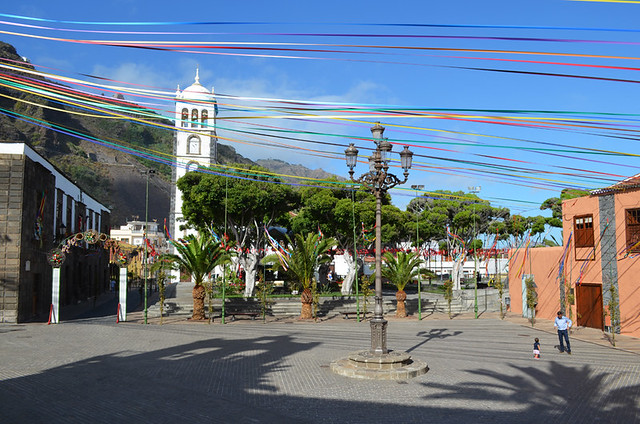 “Garachio is the former capital of Tenerife”:- same online travel magazine as above
Wrong again. It never was the capital, but it was known as the commercial capital which is what confuses some people. Oh, and it’s Garachico not Garachio.

“Nightlife in Puerto de la Cruz, not much, most places shut early”: – Tripadvisor
This was from someone who was back in their hotel before midnight… when the best of the bars are only warming up. The best nightlife doesn’t exist for the pleasure of tourists and it isn’t of the typical resort variety, but it is there and it goes on late. Somebody who wasn’t a Puerto first-timer said to me in the Beehive Bar once when talking about bars in the town, “there’s only Molly Malone’s”. Even regular visitors can completely miss it, here’s why. 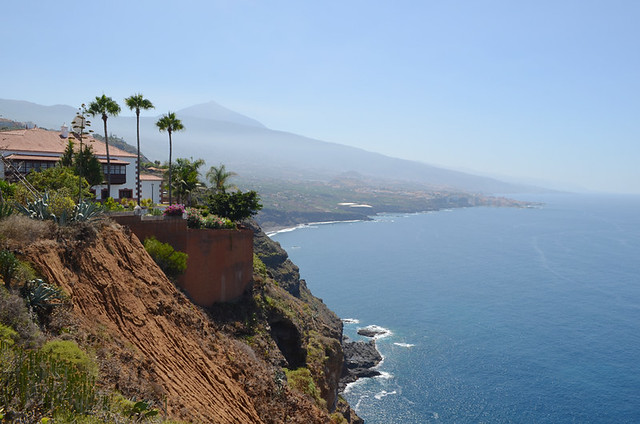 Information about La Quinta in Santa Ursula – “There is a nice Plaza and some lovely restaurants and shops where you will find the real Tenerife”:- Tripadvisor
La Quinta is a modern barrio (neighbourhood) in the Santa Ursula municipality. However, it’s located above the cliffs on the other side of the motorway, and quite some distance from, the traditional town of Santa Ursula; which is where you find a wide selection of shops, bars and restaurants… unlike La Quinta. When we first moved to Tenerife an estate agent described La Quinta as being like ‘Legoland’.

“The government decided to close the Barranco due to falling rocks and the track is eroding”:- Tripadvisor
Masca Barranco was closed because of the sheer volume of injuries that had been occurring there, many as a result of the number of people walking it who weren’t fit enough to tackle the terrain or who did so wearing inappropriate clothing and footwear. The path has always been more of an adventure trail in places. The work being undertaken is to try to make it as safe as possible. Sometimes there’s advice on Tridpadvisor which could be seen to be encouraging others to walk the ravine even though it’s closed. This is irresponsible and the sort of attitude which led to it being closed in the first place. 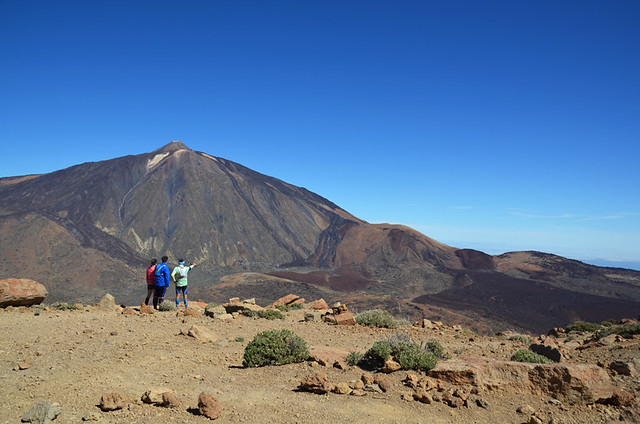 About Teide National Park – “Hiking routes that take visitors past rivers, over other volcanoes and in between sky-scraping cliffs”:- UK travel company which specialises in hiking (not one we work with)
I reckon most people who know Tenerife will have spotted the blooper there. Anyone expecting to stroll beside rivers in Teide National Park might be a tad disappointed. You do get occasionally some lake sized pools after the snow melts though.

“The most popular supermarkets on the island are Mercadona and Hiperdino”: – Tripadvisor
Not a mistake, just not a fully rounded answer. This often happens when people give advice based on a limited knowledge usually built from experience in one or two resorts. There are only two of them, but the huge Al Campo supermarkets keep many residents in the La Orotava and Metropolis areas well stocked with food and other goods. Then there’s Carrefour, Lidl, Hipertrebol, Alteza, Supercor, Coviran, Dia and a few more. Some of these are found more in non-resort areas. 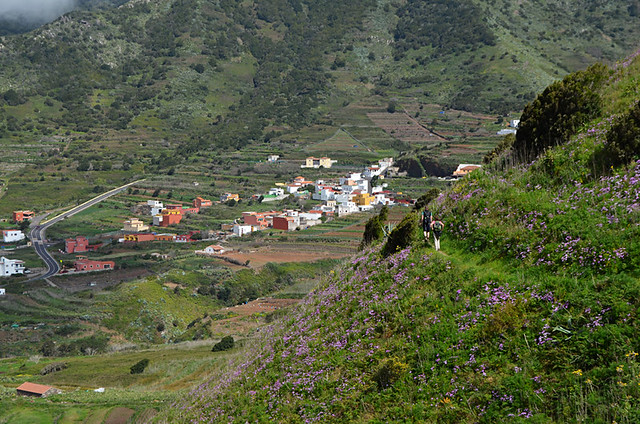 “Never hike without a guide”:- travel blog
There’s a danger travel writers/bloggers can dish out misleading advice when they stray into areas they don’t have extensive first hand experience of. Whilst it’s always sensible to take the standard hiking precautions when heading into the great outdoors anywhere, it’s total nonsense to suggest people should never hike without a guide on Tenerife. There are plenty of places we’ve hiked where that might apply, but Tenerife isn’t one of them. And I’m not saying that because we’ve written self-guided walking routes. Tenerife is a great destination for walking without a guide or in a group. Accompanying advice was to take drinking water in the hot summer months. Any hiker knows drinking water is an essential at any time of the year… anywhere.

“Carnival on Tenerife takes place in February”:- various publications & websites
Yes and no. Carnival is linked to Lent which means it is a movable event and so the dates change every year. Subsequently it can take place in either February or March.

By the time I finished this I could have added loads more, just today I’ve seen an article about Tenerife hotel tips for Arona and Granadilla de Abona which has a picture of Playa de las Teresitas near Santa Cruz.