Overall
I recently read a travel blog written by a young American visiting Tenerife who described the island as being like the Bahamas for British people. Although she pigeon-holed the island based on experiences of a tiny area (she didn’t stray far), when I look at my photos of the RIU Palace in Costa Adeje I know what she was getting at. There’s a fresh, hot and sunny, tastefully sun-bleached, upmarket beach resort feel that owes more to the Caribbean than the Canary Islands. Staying there is the equivalent of watching a feel-good movie. 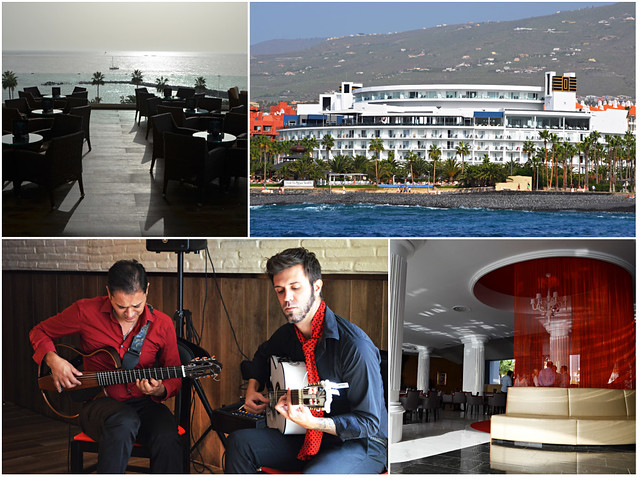 Where is the RIU Palace?
The 5 star RIU Palace lies at the exclusive end of an upmarket part of Costa Adeje. It’s in a super location between Del Duque and La Caleta. That means it’s within easy strolling distance of the bars, restaurants and beaches of Costa Adeje’s most stylish resort area as well as the traditional fish restaurants and burgeoning contemporary gastronomic scene at the fishing village of La Caleta. In terms of getting there from Tenerife South Airport, it’s a hop, skip and a jump by car or taxi. For those who like to explore more, the Barranco del Infierno and Adeje old town are a short distance away as is the motorway (Tenerife’s version of a motorway at least). You could be strolling the historic streets of the likes of Garachico on Tenerife’s north west coast in under an hour. 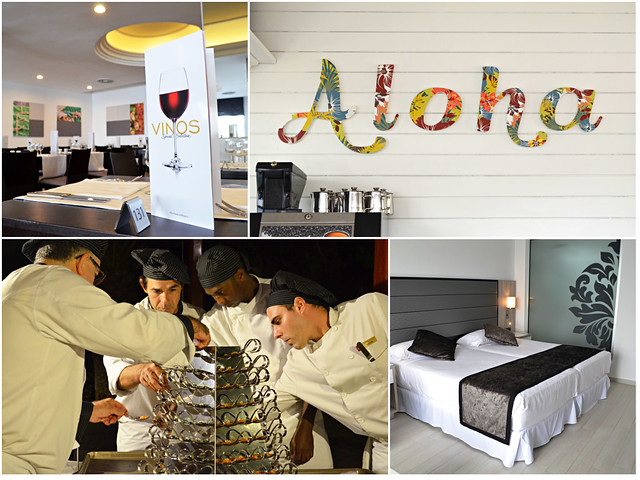 What is the RIU Palace like?
The hotel was extensively renovated in 2015 and it shows. The exterior design is a bit like a cross between a cruise liner and a pristine beach front Caribbean hotel. The blindingly white curved main building adds the cruise ship vibe, whilst the likes of bleached wood beach bars, gardens with palm trees and pools overlooking the seafront add that totally tropical taste.

Inside is quietly and comfortably stylish; floor to ceiling windows make the interior lounge bright and airy, the sunlight illuminating delicate floral displays on lounge tables, whilst a shimmering, scarlet beaded centrepiece breaks up any danger of an overdose of white. A wide exterior terrace with rattan type furniture and a glass balcony which opens the space up even more to the sea is the sort of space that demands your presence, cocktail in hand, at sunset. 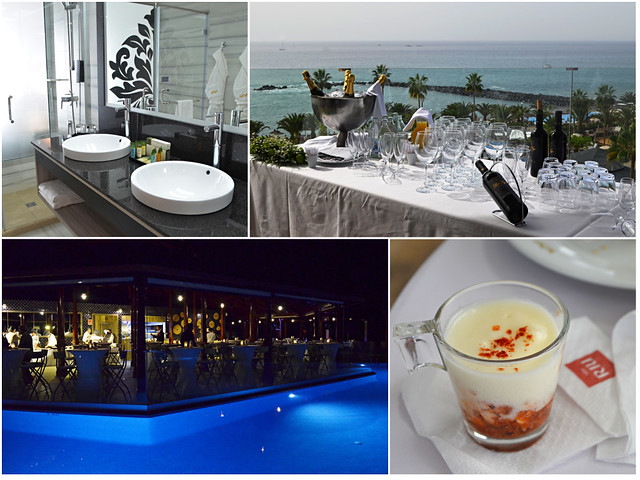 The main pool has a restaurant (more Thai/Indonesian design in this case); there’s also a smaller pool; a children’s pool; a sexy infinity pool, flanked by Balinese beds, which creates the illusion you’re right on the edge of the sea (a rarity on Tenerife); and a heated, inside pool.

The hotel has a wellness centre with gym, sauna and massage rooms offering treatments ranging from chocolate massage to detoxifying marine mud wrap.

As you’d expect there is a decent entertainment programme. Beside the main pool we enjoyed listening to a cracking band which even had me close to dancing (helped by wine and a couple of gins). The following night the entertainment in the lounge was more akin to standard hotel lounge entertainment. Over lunch we were distracted from our tapas by a couple of very talented flamenco guitarists. 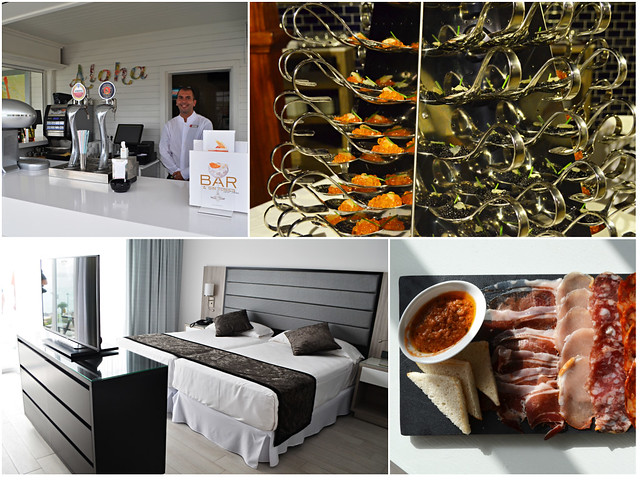 What are the bedrooms like?
The décor in the rooms matches the theme of rest of the hotel, tastefully stylish with either a light and airy decor (white linen contrasted with turquoise drapes and cushions) or a more sophisticated silver, grey and white colour scheme. Ours was the latter, with a frosted glass wall separating sleeping area from a bathroom with his and her sinks, a big walk in shower and lots of toiletries. Rooms have sofas, satellite TV, free wi-fi, and a good-sized balcony with panoramic views across the gardens to the never-ending expanse of ocean beyond. Ours was roomy, aesthetically pleasing and comfortable. A nice space to spend time in, which is basically what I’m after in a hotel room. 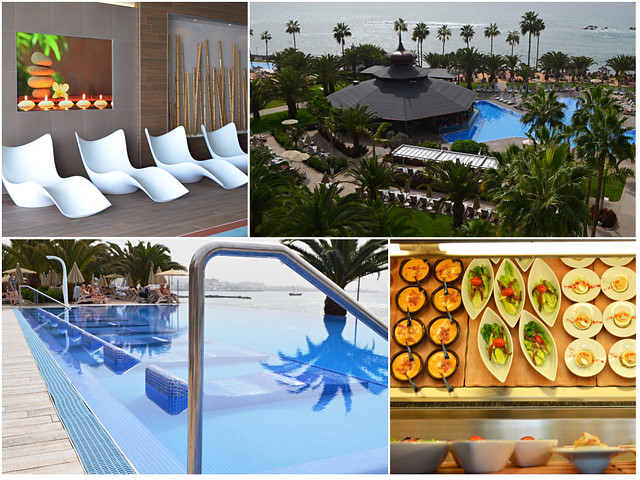 How good is the food?
Our culinary experiences were a bit different from the norm as we were there for a sort of post renovation celebration. One dinner consisted of a special tapas and wine themed night at the poolside restaurant. With the likes of a caviar tower and a chef deftly slicing wafer thin strips of jamón ibérico it was all beautifully presented and delicious. Lunch was at the Español restaurant at sister hotel RIU Arecas located immediately behind the RIU Palace and involved more lovely looking and tasting tapas. Meals at the RIU Palace are normally served in the main restaurant, the poolside Spanish restaurant or, for fans of creative/fusion food, at the à la carte Krystal restaurant.

What is the best thing about the RIU Palace?
It’s the consummate stylish, upmarket sea front Tenerife hotel. The sort of place where you want to dress up, eat well, enjoy the seafront location and simply chill out. As the American blogger said, it’s a bit like the Bahamas of Europe.

Who Would it Suit Best?
Although there are family rooms available, this is a hotel whose sophisticated style would suit couples looking for a romantic, hot getaway.

A Taste of Argentina, Review of Casa Mediterranea in Puerto de la Cruz