“Tenerife is on its backside” The comment surprised me, especially as I’d just read a press release informing me the island had welcomed a record number of visitors.

Tenerife is on its backside. Why would anyone think such a thing, when statistical information and what we experience first hand in various places around the island tell a very different tale?

A number of other incidents/remarks/comments recently fitted into a jigsaw that is increasingly coming together to reveal an island with a gulf in perceptions regarding the current economic situation relating to tourism. This ever-widening gap is partly between those who have a grip on what many modern day visitors to Tenerife want and businesses who expect people to simply walk through their doors because they are there. 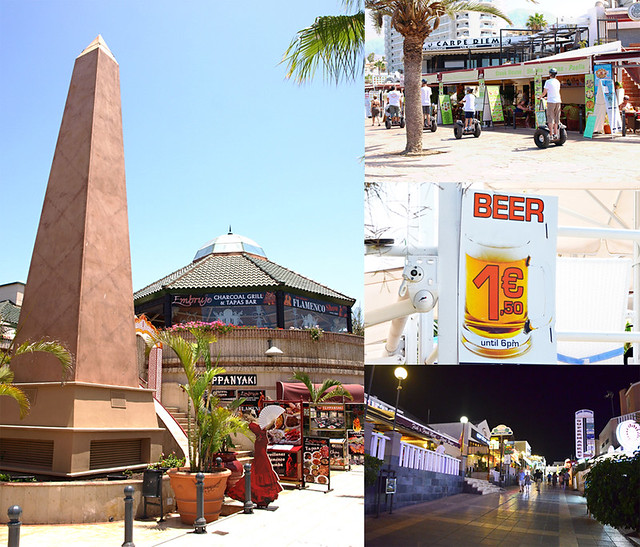 Restaurants
Last year we ate at a great little restaurant in the south west of Tenerife whose food blew us away. The owners were friendly and the food, Chilean tapas, was very different than the same old, same old dished up by many places. Most of the reviews of the restaurant were, deservedly, rave ones. Sadly it closed (from what I understand not because of economical reasons). It has since reopened under new management as a typical traditional fish and seafood restaurant. I’ve only seen one review but it’s a poor one with the food described as average.
This is only one situation, but I use it to illustrate something that happens over and over again. In this case a restaurant that offered something different was replaced by the type of restaurant Tenerife has hundreds of. Why open a restaurant no different from most others?

But restaurant owners on Tenerife do it all the time.

In the area we live we’ve seen a change in recent years. Some restaurants are evolving, updating their look and modernising traditional menus. Many of them aren’t even aimed at the tourist market. There are still plenty of traditional Canarian restaurants as well. But now there’s a greater choice for people with more sophisticated tastes.

Last weekend we were in Costa Adeje, Tenerife’s upmarket resort. When we left our hotel to find somewhere to eat, it was difficult to make a choice. Not because there were so many tempting restaurants, but because very few appealed. Admittedly we’re spoiled by the sort of places we have close to where we live, but this tripadvisor comment from a visitor in August 2014 mirrored our views. “…during our recent stay we started to get fed up of eating out in Costa Adeje – most restaurants offer the same bog-standard food & have touts pestering holiday-makers…”

There was a distinct lack of innovation and imagination in too many run of the mill restaurants. 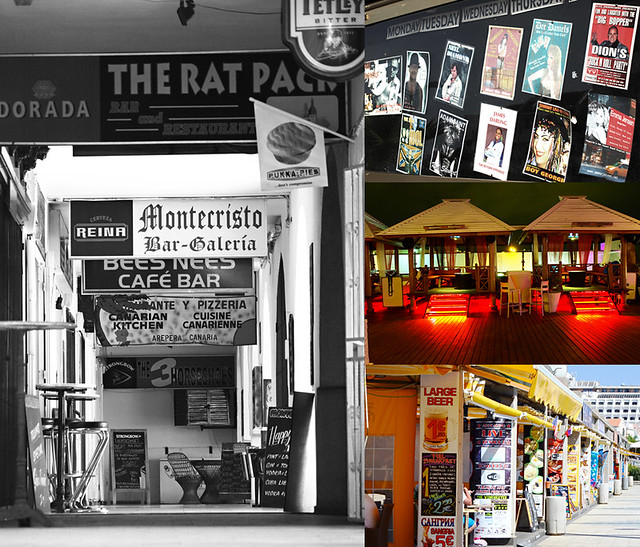 The resort was packed and people have to eat somewhere. This can lead to complacency. Watching the hordes of visitors checking out restaurant menus, or walk quickly by when pestered by ‘over enthusiastic’ touts, we came to the conclusion the food and service would have to be really bad to not bring in the punters in such a dream location. Some restaurateurs have moved forward with the times (see the area around the Safari Centre in Playa de las Américas). Too many haven’t.

The Bars
It might be 2014, but travelling around Tenerife’s resorts you could be mistaken for thinking it was somewhere between 1964 and 1984. Walking along the promenade at Playa Fañabe I heard The Beatles, Everly Brothers, Bob Dylan and A-ha. I’ve noticed this in other resort areas. Some bars look and sound as though they’re stuck in a time warp town where people still eat the sort of bar food that went out with padded shoulders and perms, and clap-along to Neil Diamond. I’m no spring chicken in a basket, but most of the sounds I heard coming from bars were dated when I was in my late teens.
The bars that offered a mix that included more contemporary sounds to a clientèle that included the 30-60 age range were generally busy, especially those who also made an effort with their décor.

Additionally, putting a sign with “Beer €1 a Pint” outside a bar isn’t going to entice me in, it’s only going to make me think ‘low quality’.

Look at the rise of microbreweries, quality ales and designer G&Ts in the UK. More and more people expect quality, not cheap watery lager and sounds that are way beyond their ‘sell by’ date. 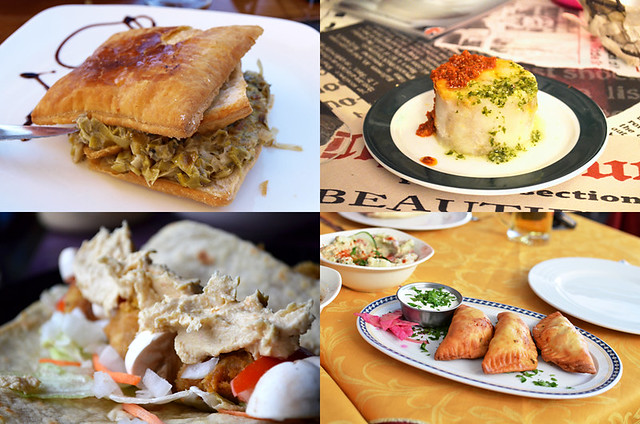 Vegetarians
I’m adding a special mention for vegetarians as the attitude to vegetarians in Tenerife’s resorts reveals just how out of touch some restaurateurs are. Once again they are stuck in a gastronomic land that is pre-1980.
A friend recently wrote about the choice of vegetarian restaurants in the south of Tenerife. She couldn’t list one vegetarian restaurant in the biggest southern resorts. Not one. There’s an argument that a vegetarian restaurant wouldn’t work in these areas. I simply don’t believe that.

There are successful vegetarian restaurants in La Laguna, Santa Cruz and Puerto de la Cruz; places with a high percentage of Canarios/Spanish. You know, those people who are renowned for only eating meat.

In the UK in 1980 it was estimated around 1.8% of the population didn’t eat meat. Now the number of people who regularly don’t eat meat is somewhere between 10 and 20%.
Take the figure of British visitors who arrive on Tenerife each month (120,000 or so), the bulk of them heading south from Tenerife Sur Airport, do the arithmetic and tell me an innovative restaurant offering a creative, mainly non-meat menu wouldn’t do well in somewhere like Playa de las Américas.

The facts are bars and restaurants have changed across Europe to meet tastes and expectations that have also changed. There is a tendency for some on Tenerife to live in a bubble. It’s a common island mentality. The bar and restaurant and owners on Tenerife who are doing well are generally those who have looked beyond these shores and taken note of how the world is constantly evolving.

Many of those who aren’t doing well simply haven’t realised it isn’t 1984 any more.