Years ago we wrote a variety of travel features for a monthly magazine on Tenerife. One of these involved highlighting a particular town on the island and giving a relatively detailed rundown of its history, what there was to see and do, accommodation, restaurants, bars, shopping and so on. To accompany the words in the article I’d spend time looking for a place’s visual personality to photograph; the little things that made it different from other towns.

With some towns this was easy. For example, I could return to the likes of Garachico, La Laguna and La Orotava any number of times and come away with a different batch of images each visit. Others, especially some resorts, were more difficult. Once I moved away from their beach or coastal area there wasn’t much aesthetically pleasing to photograph. 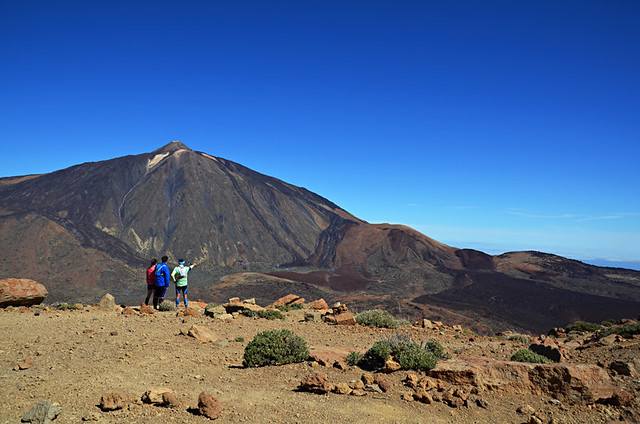 The leading photograph in the article was always the ‘overview’ photo; an image which was designed to capture the town in the one shot. Again with some places this was far easier to achieve than others.

These are ten Tenerife towns where it was relatively easy to take a photograph which gave a good illustration of the town and its location. 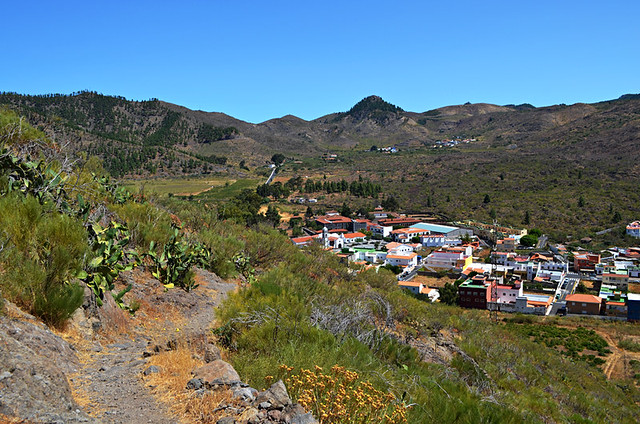 As it sits nestled into the Valle de Santiago and therefore surrounded by hills, there are any number of places to take a photo which captures Santiago del Teide. My favourite is from a little cave set into the hillside on the south west of the town. Santiago is a pretty town anyway, but it looks particularly good from above. 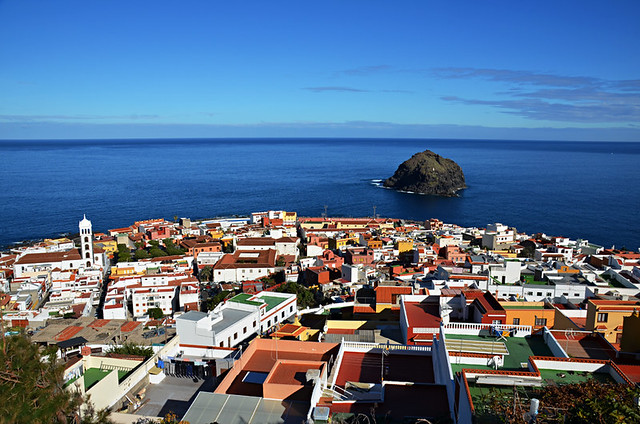 With hills rising steeply behind the town and its centre fitting mostly onto a semi-circular promontory, it’s not difficult to figure out where to take a bird’s eye view photo of Garachico. It does take effort though, involving a bit of a trek up the steep path linking it with San Juan del Reparo to reach the best vantage points. 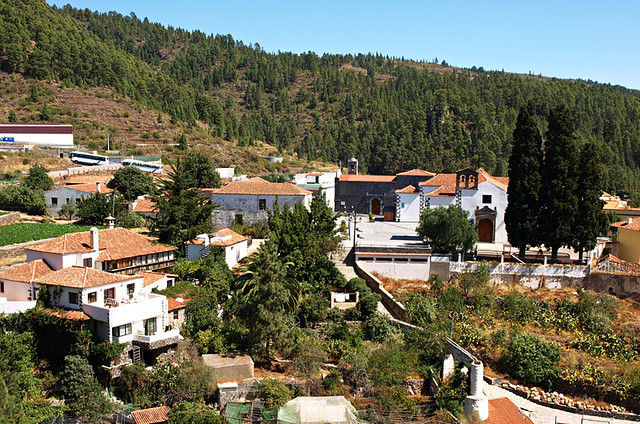 One of the best looking towns on Tenerife, helped by the fact it sits on the edge of the pine forest. There’s a little church with a viewing area on the road which winds above Vilaflor to reach the Hotel Vilalba. Perfect for that shot from above. 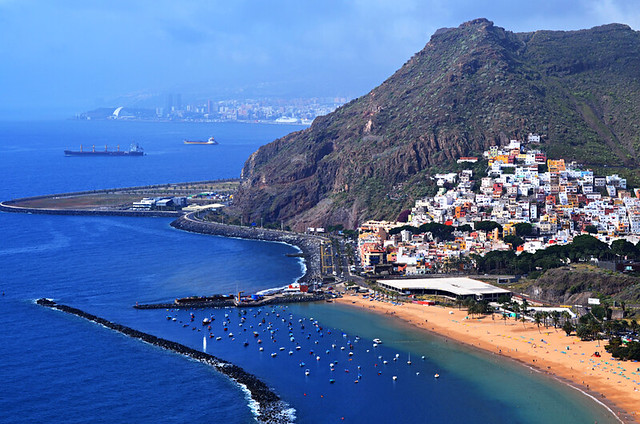 Many travel articles about Tenerife feature a variation of this shot, understandably as it is one of the classic Tenerife images. The irony is most don’t make any reference to the town which helps make the scene so attractive, the little fishing community of San Andrés. 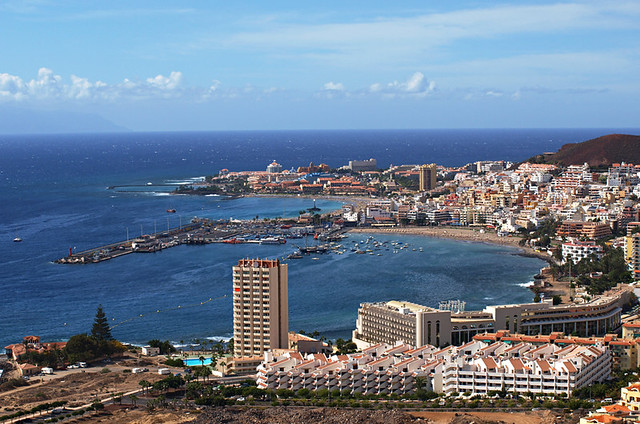 Montaña Guaza is a perfect vantage point for getting the Los Cristianos shot from above. The only trouble is, the higher you go you get bits of Playa de las Américas and Costa Adeje as well and they simply don’t have the same quaint, visual charm as the likes of Vilaflor or Garachico. 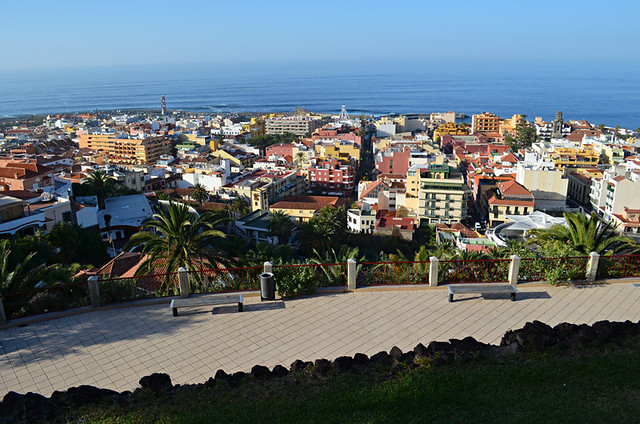 For all its pretty squares and charming fishermen’s cottages Puerto de la Cruz is another location which doesn’t look at its best from above. The Taoro gardens have extensive views across the town, but a mural there only makes you pine for how the town used to look and the Bel Air tower block ruins what would otherwise be a relatively low-lying scene. Better is the view from the La Paz Mirador which has super views of Lago Martiánez and Playa Martiánez, but it does cut out most of the town. 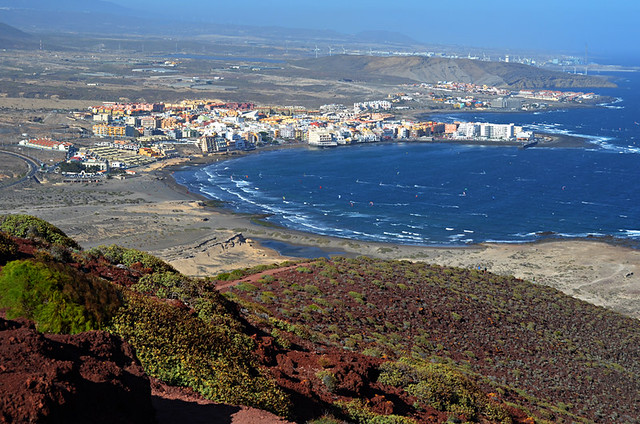 It doesn’t take a genius to figure out where to take a good overview photo of El Médano. Plus you get Playa de la Tejita, Mount Teide and a great swathe of the south east coast from the top of Montaña Roja. 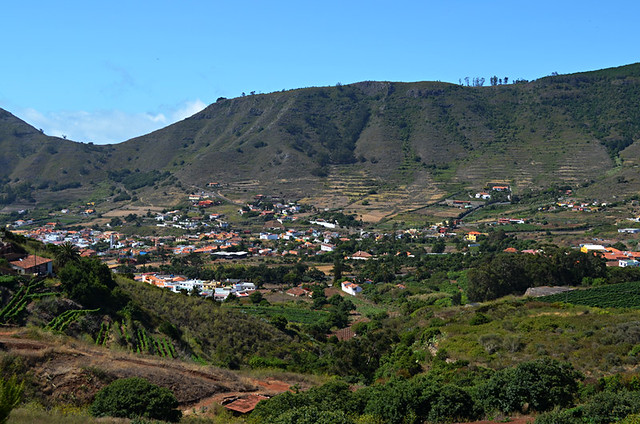 Towns that sit in valleys are always good for getting shots from above. Tegueste isn’t much more than a hop, skip and a jump from sprawling La Laguna, but the surrounding hills completely cut it off, leaving a lovely rural green scene. 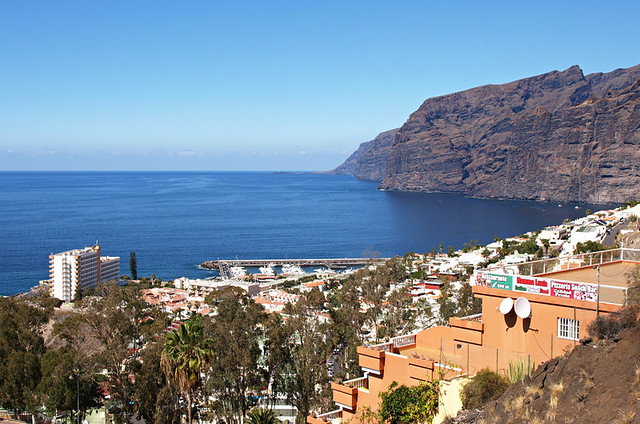 El Mirador Archipenque is in a peach of a position to capture Los Gigantes’ most impressive feature, the cliffs the resort took its name from. A shot from here and there’s no mistaking which resort it is, even if you restrict the resort itself to the fringes of the photo. 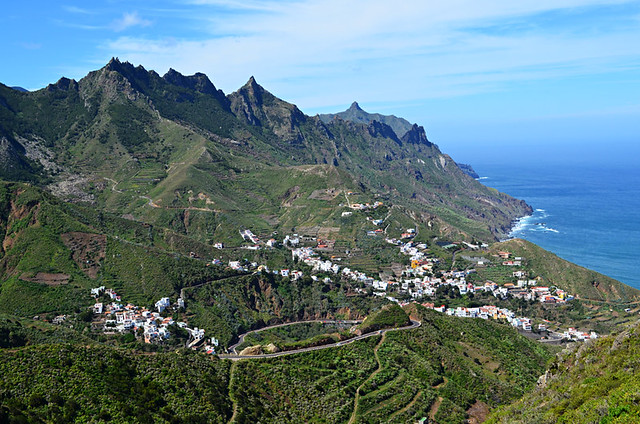 Finally, one of the most impressive Tenerife town/village shots is Taganana from the Anaga slopes. And an easy one to notch up as every coach excursion into this remote part of Tenerife stops on the winding road into Taganana to let their passengers take photographs. Sharing the road with 40 other clickers doesn’t lessen the impact of standing looking over a strikingly beautiful and dramatic part of the island.