There’s something the walking and driving routes we recommend have in common. And that is we have to thoroughly enjoy doing them ourselves.

Sometimes, when there’s been a gap between checking directions for individual routes, I forget how much I enjoy them. Recently we were checking our Real Tenerife Island Drives routes to update the information in them and there were many occasions I simply stood and thought to myself “this is a stunning island.”

Our driving routes were chosen because we enjoyed exploring the island on the older roads when we first moved to Tenerife. Because much of the routes are on older roads, things don’t change radically. In some case a roundabout is added, and restaurants come and go. But fundamentally they remain the same. Which means we don’t have to be recording copious amount of information when we re-drive them. We can, up to a point, sit back and wallow in the scenery and surroundings.

There are four roads leading to Teide National Park, we chose the one from La Laguna for our Where the Earth holds up the sky driving route because it’s our favourite way, and the route less travelled by most visitors. 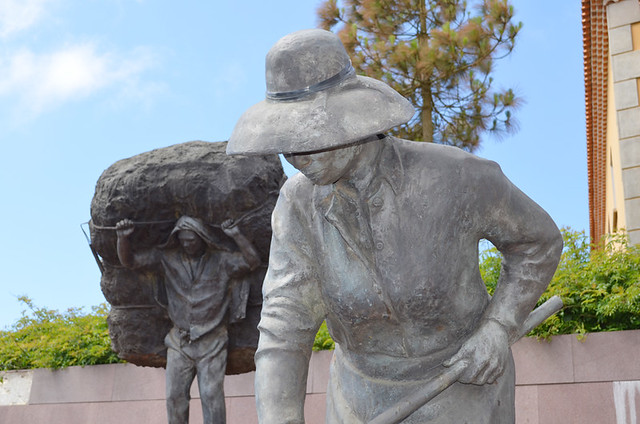 The driving routes we like most aren’t just about scenery. Clearly wow views are a factor, but insights into local life are important to us. On this route the initial stages pass through agricultural lands and the small town of El Rosario, an area which has played an important part in both the island’s history and Spain’s. 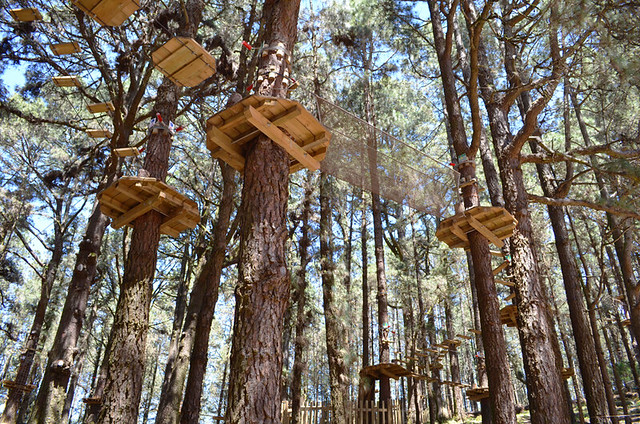 After that it’s thick pine forest scented with eucalyptus. There are walking trails galore up here, most used by locals rather than visitors. On sunny Sundays the forest can be buzzing with people from the metropolis enjoying outdoor activities, including walking among the tree tops at a forest adventure park. 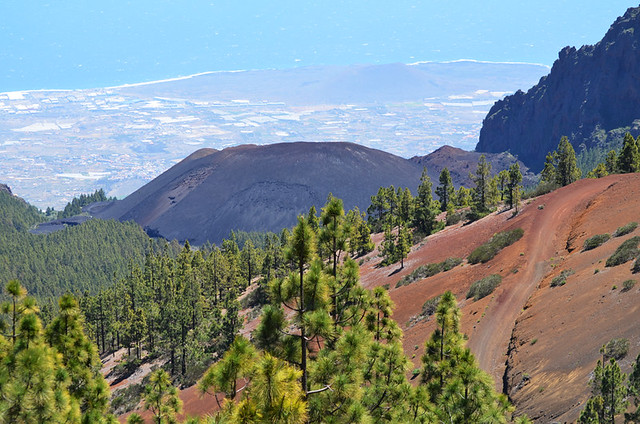 It’s a route where the views just keep on coming. I don’t think there’s another road on Tenerife which can notch up as many miradors (viewpoints). Some look north and west, some east and south. In a couple of case a few steps rewards with vistas of both sides of the island. 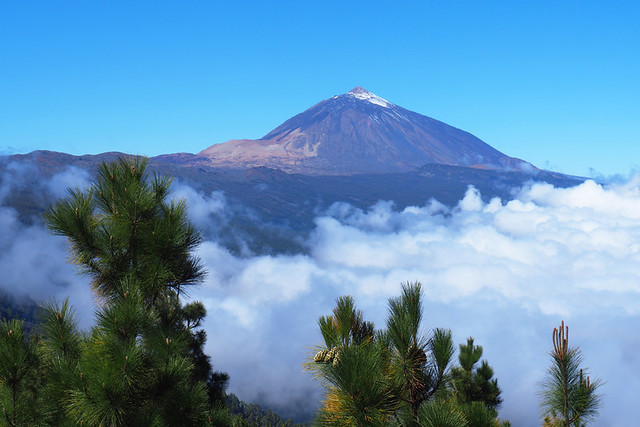 If the sky is clear of clouds, then great. But if not there’s a different treat in store – the mar de nubes (sea of clouds). 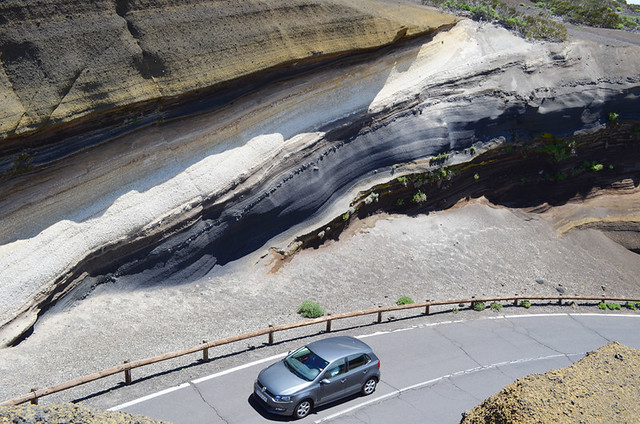 The closer to Teide National Park you get, the more volcanic and surreal the landscape becomes, like La Tarta (the cake). 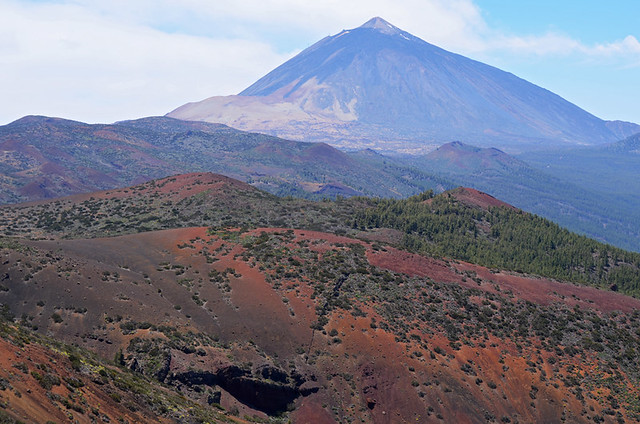 But the dominating presence is Mount Teide, a sight we never grow weary of especially as it takes on different forms when you approach from various angles. On this route the volcano is initially framed by forest before the scenery changes and it rises from a strange terrain pockmarked by ruddy and mustard cones.

There are so many places to stop to soak up the scenery on this incredible road along the island’s spine that to attempt them all would take forever. So we pick out the best (even that’s too much).

In future we’ll be taking a brief look at our other Island Drives routes.