We love staying in hotels. It doesn’t matter whether they’re luxury hotels or small pensions; if they’re run well, attractive to look at, have nice décor and friendly, enthusiastic staff or passionate owners then we love them all.

But we’re particularly fond of small, rural hotels with bags of character.

Having walked on all of the Canary Islands we’re familiar with rural hotels across the archipelago and believe that Tenerife can boast it has some of the best, with a far greater choice than on other islands.

Because rural hotels tend to be converted historic buildings, the north has more than the south but rural hotels can be found in most traditional towns around the island. 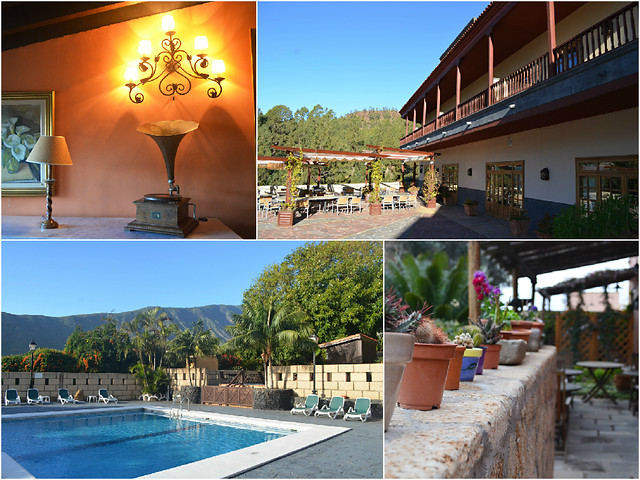 Why we like rural hotels
They’re nearly always in lovely looking old buildings. There’s a sense of stepping back in time when you stay in a rural hotel. It’s more intimate than resort hotels and can feel more exotic. Leafy courtyards below tea wood balconies can ignite a sensation that you’re still in a colonial subtropical land at the crossroads with the New World.
Service is personal, produce used is often local and rooms can be quirky and full of individual character. What you don’t usually get is a lot of amenities so they’re not really for anyone who wants the sort of facilities you find at resort hotels. They are for people who want to experience something different – the real Tenerife.

Booking a rural hotel
Most have websites, but their booking systems don’t always work well. We’ve encountered all sorts of problems with some hotels trying to book through their own websites, or find out information via email. Many times we’ve had to resort to phone calls. Quaint and quirky can occasionally be irritating. Ironically, with some hotels using a third party website has been the easiest way to book. Recently one hotel told us they had no vacancies but when we used a hotel booking website we were able to book a room for the period we were looking for with no problem.

It’s not often that we’ve been in a rural hotel which has been full, but it has happened. Turning up on spec will be okay most of the time but it’s always worth phoning first if you haven’t pre-booked. 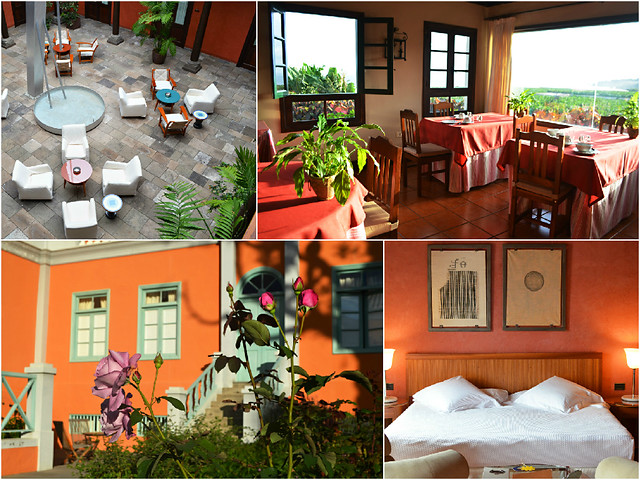 Where are the best rural hotels?
In our new walking guidebook (to be published soon) we include recommended rural hotels in or near the routes in the book. We’ll also be publishing a Hotel Reviews page on this website in the near future. Until then, here’s a brief rundown of some of our favourites and locations where rural hotels are aplenty.

Garachico
The number one destination on the island for small, historic, boutique hotels. There are a few to choose from in Tenerife’s prettiest town. Our favourites are the exquisite Hotel San Roque with its artistic furniture and classy courtyard, and La Quinta Roja, on the most picturesque plaza on the island, which is also a beautiful colonial house. We love both. Just outside the town is Hotel Rural El Patio in the middle of the banana plantations.

La Orotava
Another historic Tenerife town with a choice of rural hotels including the Hotel Rural Orotava, Hotel Rural Victoria and Hotel Alhambra. They are not in the same league as the Garachico hotels but are still atmospheric hotels with a lot of character. 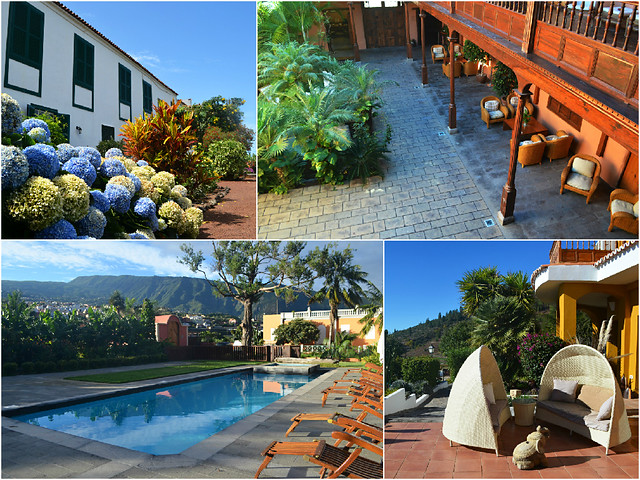 San Miguel de Abona
San Miguel is a bit like the south’s equivalent of Garachico in that it has a choice of excellent rural accommodation and good restaurants. As well as looking wonderful, Hotel Rural San Miguel has an underground thermal bath which is a dream after a day’s hiking. Hotel 4 Esquinas is also an attractive rural hotel with friendly owners and a good restaurant.

Vilaflor
The highest town on Tenerife is ideally placed for exploring the pine forests of the south as well as Teide National Park. The lodge-like Hotel Spa Villalba offers a luxurious rural hotel experience but not at 5 star prices. We’re big fans. More humble but artier and quirkier is Alta Montaña along the road. It’s got a nice vibe and some cracking views down to the south east coast.

Güímar
The eastern town that used to be the end of the road south has a couple of rural hotels. Hotel Rural Finca Salamanca is surrounded by tropical gardens just outside of Guimar and has a restaurant in an old tobacco drying barn, whereas Hotel Santo Domingo in the centre of the old town is all flowing drapes and polished wood floors. 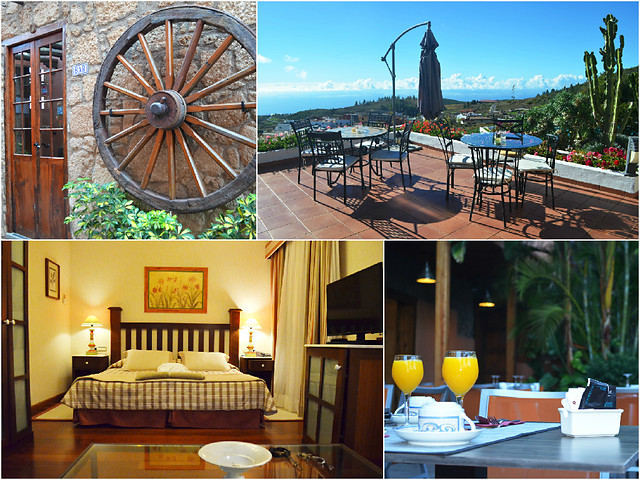 Los Realejos
Again a choice of hotels in the town, Hotel Los Realejos is in the upper town and not far from the church. Hotel Rural Bentor is in the lower town – easy for accessing the plaza where a lot of local events take place. Finca El Patio near El Monasterios is ideally placed for some rural living in a tropical, organic finca on the border of with La Orotava and Puerto de la Cruz.

Santiago del Teide
This should be a centre for rural hotels as it’s one of the few places on the island where you can step from the town and straight onto a number of walking routes, but rural hotels here have had a troubled existence. We stayed at La Casona del Patio (you’ll have spotted  ‘patio’ is a common name for rural hotels on Tenerife) when it was the Señorio del Valle. It’s a location which should bring people in their droves, especially as it isn’t far from the south west resorts of Los Gigantes, Puerto Santiago and Playa de la Arena, but so far this hasn’t been the case. Let’s hope its luck has changed.

And so the list could go on. There are loads of other rural hotels and we’ll keep adding more when we stay in them. It’s easy enough to find most on the internet once you know what location interests you… but not all.

Some still haven’t quite mastered the world of the web yet. To find these reclusive hotels you have to explore, ask in bars, restaurants and shops. There are still some surprises in those Tenerife hills.