Seeing a belen unlocks the inner child in me, there’s something magical about these beautiful nativity scenes. They fascinate, especially the most elaborate ones where all village life is depicted. I can stand for ages marvelling at the detail and wit to be found as my eyes wander the little streets, pausing to peek in windows like a giant voyeur.

There is an air about them which stokes nostalgic memories of past times, when Christmas was all about innocent wonderment, about family and compassion rather than frantic consumerism. 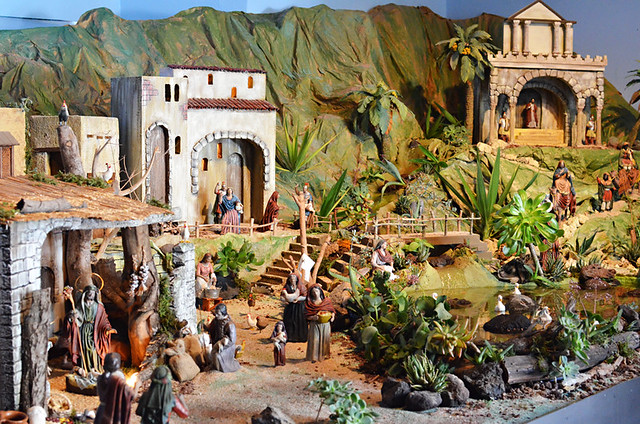 Walking up a side street in Puerto de la Cruz last week, a shop window caught my eye. I don’t actually know what the shop was selling as one window was filled with a model one of those Victorian Christmas card scenes – children skating on a frozen pond, men in top hats and frock coats singing… and so on. In the other was a belen. It was only a small, side street shop but it was clear the belen had been lovingly put together with no expense spared so it even had working parts, including a horse and donkey chewing straw and a blacksmith hammering away on an anvil.

Seeing it was a sign that it was time to visit some of our favourite traditional Tenerife towns. These are the places where the Christmas atmosphere is at its most potent, where there are belen routes, Christmas decorations and, importantly, great little tascas to pop into for a tapas lunch. 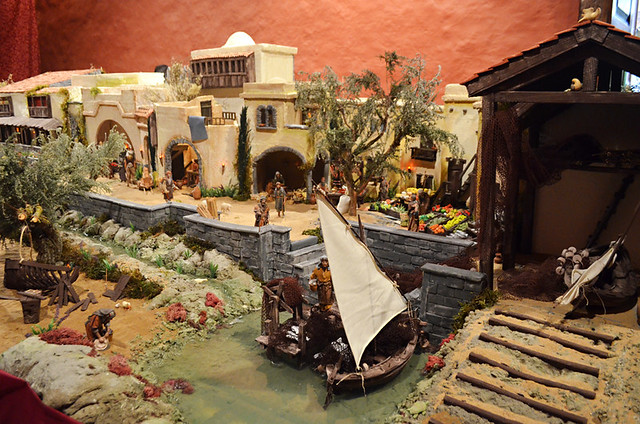 La Laguna
La Laguna is good for an explore at any time, but it’s extra special at this time of year. There are belenes in the courtyards of some old mansions and in some of the many churches, of which there are plenty. This belen was inside one of the old colonial mansions. It shows the level of detail that can go into creating these model villages, there’s so much life in them that they feel much more than a collection of cleverly arranged models. When we visited at this time last year we were blown away by the San Pablo gourmet market, a food hall with the most wonderful tapas stalls. It was great to see a food hall of the likes we’d enjoyed in other places (like Lisbon a couple of months earlier), but San Pablo was a short-lived venture, lasting only around three months. Its demise wasn’t due to a lack of success, it was due to legal irregularities. Tenerife’s firm embrace on the way things were done in the past can be charming (traditions like the belen) but it can also hold the island back (business practices). 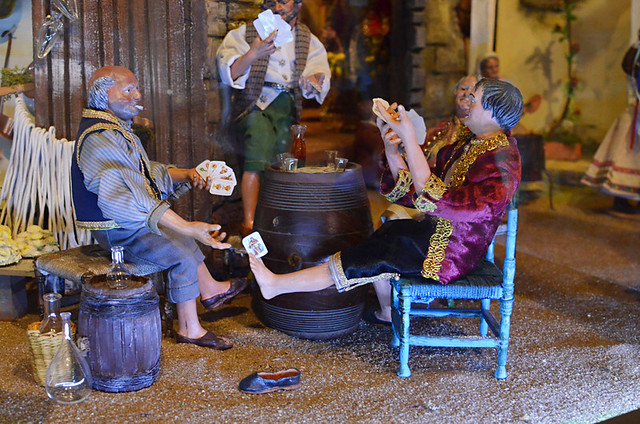 Puerto de la Cruz
Puerto de la Cruz is a good hunting ground for belenes, apart from some shops displaying them, there’s always the equivalent of a belen one-stop shop in Casa Ventoso. The colonial town house becomes a belen museum during the festive season with each room leading from the central courtyard showcasing a wide selection of belenes, ranging from the traditional Biblical scenes to more updated scenes of town life, some of which hardly carry a message of goodwill to all, but they are amusing. Usually there is at least one belen where the lighting takes us from day to night and back, revealing different scenes of village life as the sun rises and sets. 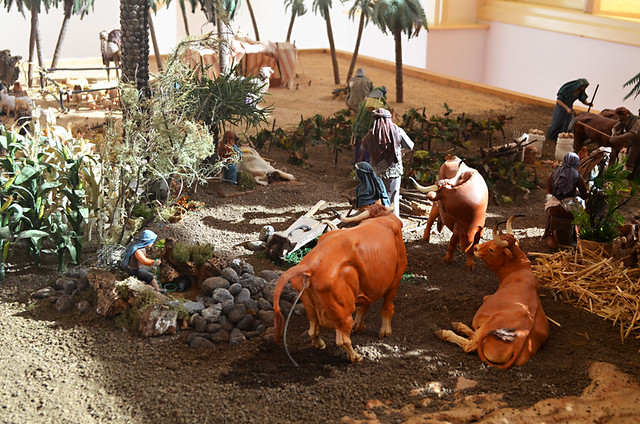 La Orotava
Our favourite Tenerife town really pulls out all the stops when it comes to belenes. Not only is there the life size belen in the plaza in front of the town hall, there is also a belen route which takes in churches, mansions, people’s houses and even the back room of an ironmonger. Following the route is a good way to get to know the town and have a look at some places you wouldn’t normally see during the rest of the year. There are all sorts of different scenes in La Orotava’s belenes. Most are the traditional Biblical, others depict life in later centuries whilst others have a Canarian focus with the little people who inhabit them dressed in the traditional clothes of the area. Again, the fun is in taking time to absorb the detail and look out for the many little touches of whimsy . Yes, that cow in the photo is doing what you think it is. 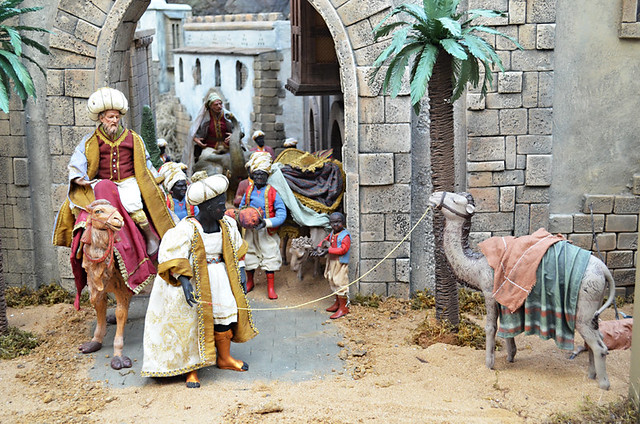 Santa Cruz
Tenerife’s capital is another good hunting ground for belenes with the town hall hosting what is usually a particularly elaborate example. However, one of my favourite belen spots is in C.C. Meridiano where there’s often a belen populated by the most beautifully crafted figures. 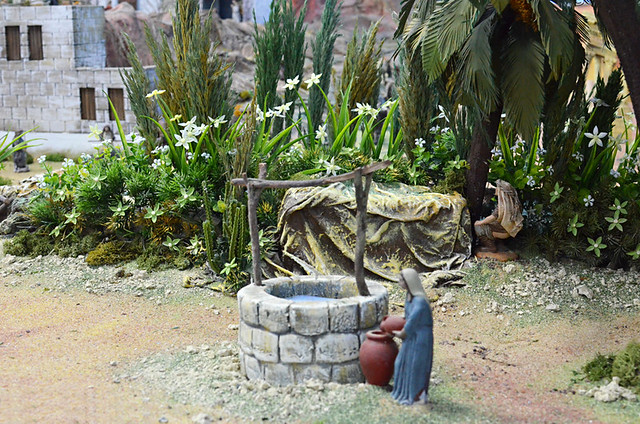 Finally, as anyone who already has a decent knowledge of belenes will know, don’t forget to play the ‘who can spot the caganer first game’. It’s schoolboy nonsense, but still good fun.