There are quite a few resort bars, restaurants and hotels on Tenerife whose live entertainment programmes include flamenco. Andalucia’s spellbinding music and sizzling dance routines are guaranteed crowdpleasers, but they have nothing to do with Tenerife or the Canary Islands whose home-grown traditional folk music scene looks and sounds quite different altogether. 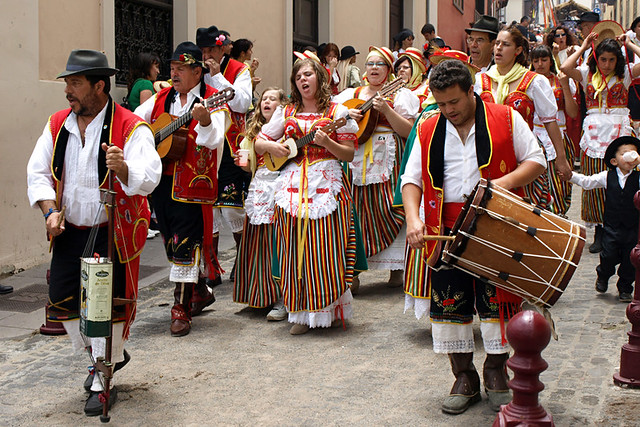 Anyone who has been to a Tenerife fiesta will no doubt have experienced traditional folk music first hand, it’s an essential ingredient. Even visitors who don’t stray far from their hotels are likely to have seen Canarian bands (parrandas) in full traditional dress as they often feature in hotel entertainment programmes. In traditional areas they are common sights whilst in some resorts the authorities have implemented initiatives which brings local culture to tourist areas. An example is the Canarias Folk Fest in Los Cristianos which takes place each Thursday during the main northern European holiday season (November to March).

Anyone who’s seen these bands playing might have spotted that some musicians’ guitars are significantly smaller than others. These are timples. It’s believed timples first appeared in the Canary Islands sometime during the European Renaissance (14th to 17th centuries), brought by Spanish, Italian, and Portuguese musicians on their way to the New World – there are now variations of it found across South America. 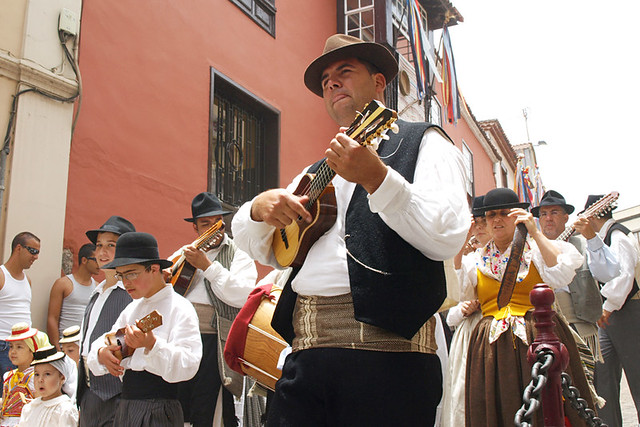 Its design is basically like a smaller version of an acoustic guitar with usually five, and occasionally four strings. Initially called a tiple, it was also affectionately known as camellito (little camel) due to the camel-coloured twin humps of its box.

Timples first started being made in the Canaries during the 19th century with Lanzarote becoming known as the centre for timple production in the islands, thanks to a master craftsman – Simón Morales Tavío. His timples were so sought after they spread beyond the islands and examples of his work are on display in music museums in Barcelona and New York, as well as in the Timple Museum in his home town of Teguise. 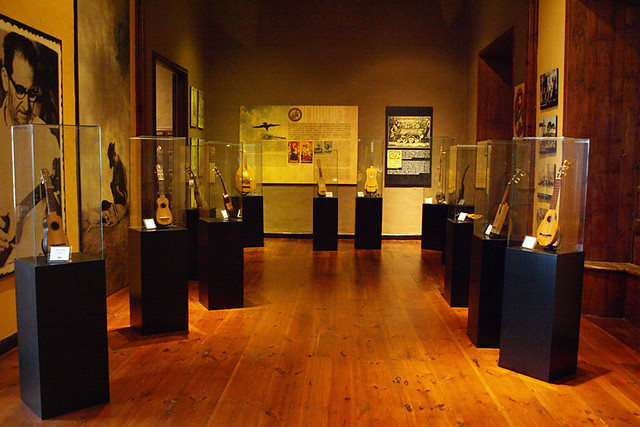 Although there are more folklore groups than you can count on Tenerife, the best known is Los Sabandeños who play wearing distinctive Canarian cloaks and often perform at the island’s bigger fiestas.

However, the most famous timple player is another son of Lanzarote, Benito Cabrera, whose skills with the diminutive instrument are so renowned he was able to fill New York’s Carnegie Hall in 2009.