A few years ago I walked into a small supermarket in Los Gigantes and asked if they had any bocadillos. The British shop assistant didn’t have a clue what I was on about and asked me three times to repeat the word ‘bocadillo’ (pronounced bock-a-dee-yo).  In the end I had to resort to asking if they had any filled baguettes.

It amazed me that someone working in a supermarket on Tenerife didn’t know what a bocadillo was when just about everywhere sells them. 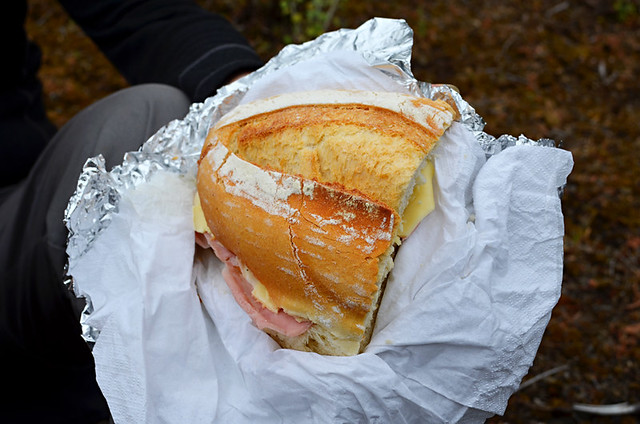 Listening to a visiting friend ask for a bocadillo recently made me wonder if my pronunciation had stumped the shop assistant all those years ago. He asked for a bock-a-dillo (as in armadillo, which just made me realise it must be an arma-dee-yo) despite being a regular visitor to the island.

You wouldn’t think asking for a filled roll could be so complicated.

Then there’s the whole confusion around the bocadillo de ternera. When we first came to Tenerife I thought ternera was veal – that’s what the Spanish-English dictionary told me anyway (Google translate still does the same). But there were a couple of things that rang alarm bells about the accuracy of that. The first was when a friend ordered ternera in a restaurant. The meat that arrived on his plate didn’t look like veal, it looked like common or garden beef. The other thing was, like the humble bocadillo, ternera turns up on menus all over the island all the time. Not something you’d expect if it really was veal. 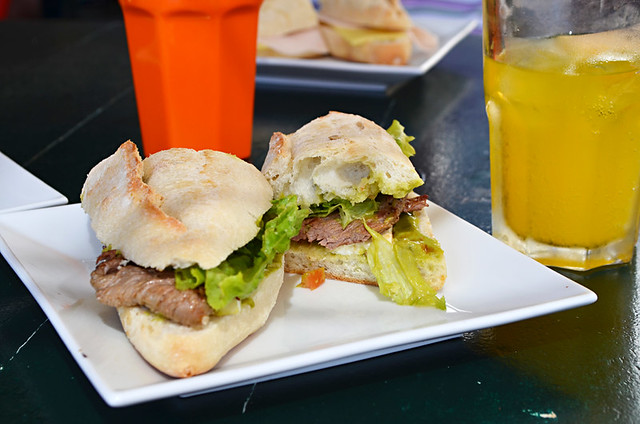 There seems to be an ongoing debate about what exactly ternera is. As far as I can gather, ternera in Spanish simply refers to a calf, or a bovine that isn’t very old, but it’s not a given. Veal is sometimes called ternera lechal, which is far less commonly found on menus.

Other common bocadillo fillings aren’t quite so potentially confusing, but they might not all be quite the same as the sort of fillings you’d find in a baguette in Blighty.

Here’s a run down of the usual suspects found on a bocadillo menu. 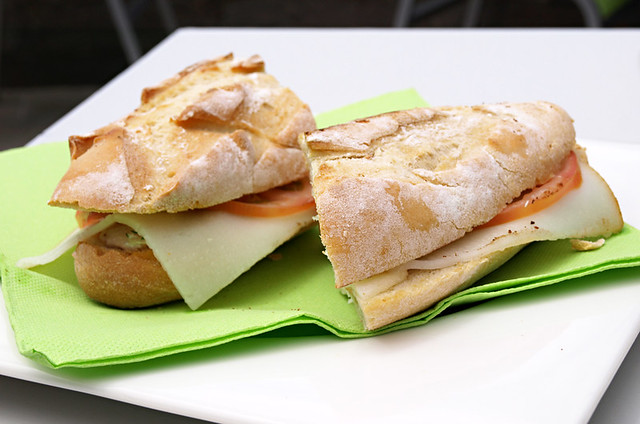 Jamón, Jamón y Queso, Jamón Serrano
Simply choice of cold ham of the type we all know and love; cold ham with cheese, or serrano ham – tastier but usually involves more pulling at with the teeth.

Lomo (sometimes lomo de cerdo)
A favourite of ours – warm (usually) pork tenderloin which is like a pork fillet in a baguette.

Carne Mechada
Another favourite, carne mechada is spiced, shredded beef. I recently had it with cheese for the first time after the patrons of a bar in Charco del Pino insisted it was better that way. Whichever way, you’ll be picking it out of your teeth for days. 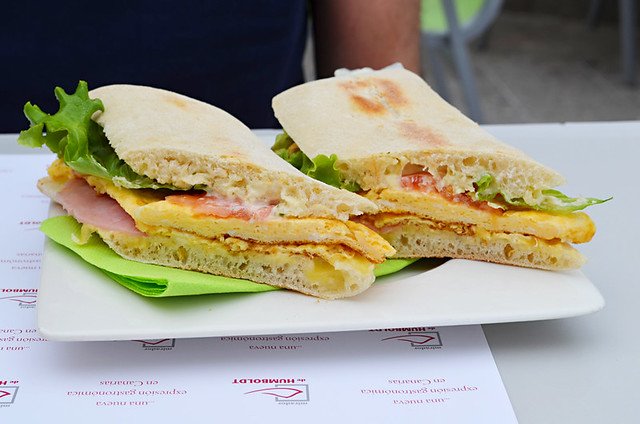 Queso Amarillo or Queso Blanco
Cheese, either of the quite bland gouda type (yellow) or the also bland fresco (white) which is far better when perked up by the addition of other ingredients such as avocado.

Tortilla
You have to specify exactly what sort of tortilla you want in your bocadillo; Francesa – a traditional French omelette, or Española – the chunky Spanish version which is perfect when you want a serious carb hit.

Atún
Tuna, what else is there to say?

Pata Asada
Not roast paw as I’ve seen on some English translations, but roast pork.

Especial
What’s in an especial? Good question and it’s worth asking at any place that has it on the menu. Two things you can be sure of, ingredients will include everything but the kitchen sink and it will be very messy. 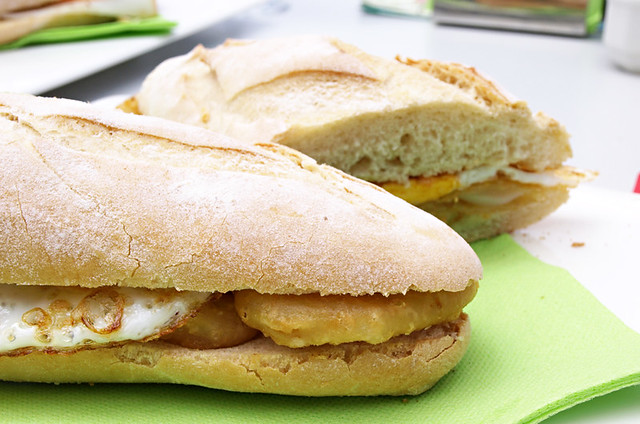 The list could go on an on, especially as some contemporary cafés are becoming more adventurous with their bocadillos – calamari and fried egg anyone?