I haven’t seen the whole episode of Travel Man: 48 Hours in Tenerife, but I’ve seen a few clips covering barraquitos, golf, dolphin watching and eating in a guachinche and thoroughly enjoyed them all. The programme at least went where most travelogues rarely venture and did so with irreverent humour.

Not everyone appreciated the style of the show. A local Spanish paper commented that Canarian food didn’t come across well. I’m not sure why they felt like that as the traditional food featured in the clips I saw was presented exactly as it looks in reality. Traditional fare is hearty, isn’t sophisticated and some of it simply doesn’t look particularly appealing. Often old school Canarian food is plonked on the plate without any ceremony. It might taste good but it can look a bit of a mess, as anyone who has faced a plate of costillas con papas y piña de millo can testify. 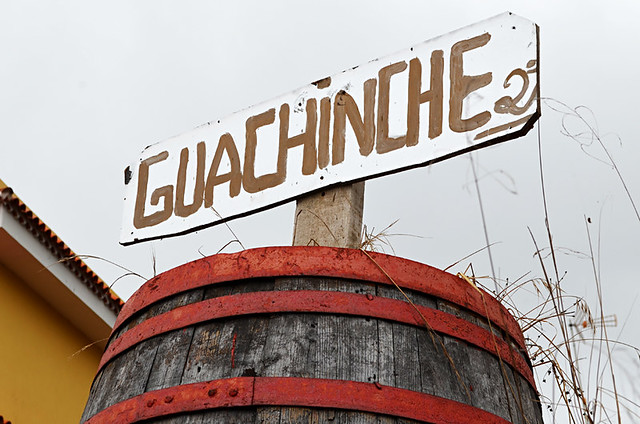 The guachinche segment was especially interesting. It was good to see a UK TV show promoting an aspect of Tenerife many visitors won’t know about. The guachinche Richard Ayoade and Lena Dunham visited was one of the posher, more sanitised versions but the dishes they chose represented a good mix of the type of food regularly served in guachinches.

Lena Dunham wasn’t overly enthusiastic about the selection of typical Canarian dishes on the table in front of her, but then I suspect there would be plenty of people out there who would be equally hesitant when faced with some of the following. 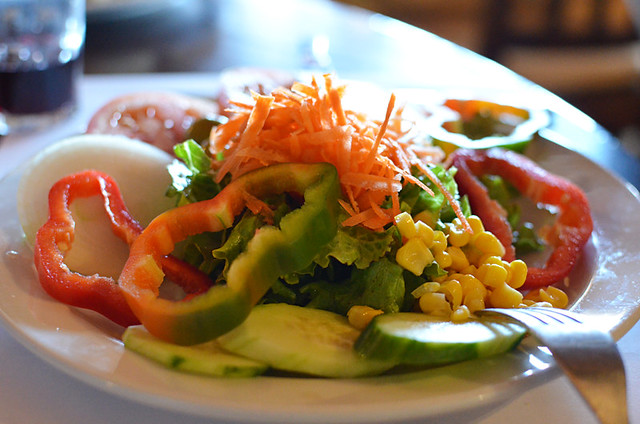 I’m not the biggest fan of the salads you generally find in trad restaurants on Tenerife. The ingredients are invariably extremely fresh, but a mountain of shredded lettuce, shredded carrot, sweetcorn, huge slices of tomato and onion and whatever other salad ingredient is in season just doesn’t ring my taste-bud bell. Often the dressing is of the do-it-yourself variety, consisting of a bottle of olive oil and maybe some wine vinegar. There’s nothing wrong with them. But as salads go, they’re on the dull side. 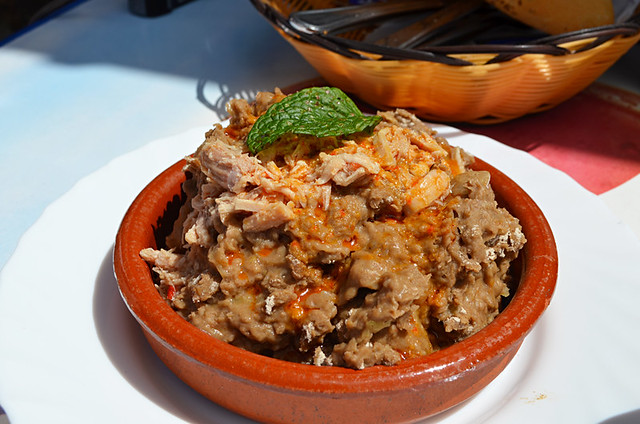 I was chuffed to see escaldón in the mix. I’d be willing to bet most people who visit Tenerife never encounter a plate of escaldón, a chunky paste made from gofio flour and stock occasionally with other ingredients thrown in to perk it up. Escaldón is one of the most unappetising looking of Canarian dishes. I love introducing friends to it just to watch their reactions. Richard Ayoade nailed it when he said it was hard to pin down its flavour. You’re either going to dislike it or… think it’s okay. Personally I quite enjoy it, but not a whole bowl to myself. Although some escaldóns are smooth, most I’ve tried have been chunky to the point of stodgy, like the one featured. 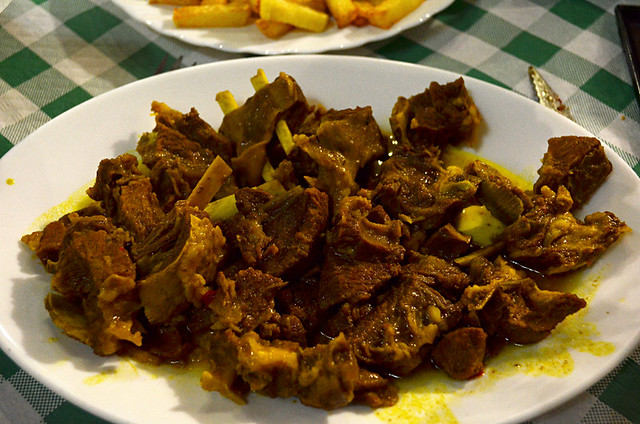 Carne de cabra, goat, is one of those meats which is common in lots of places, including the Canary Islands, that has some folk from countries where it isn’t common screwing their faces up at the very suggestion of eating it. So I’m not surprised Lena Dunham gave it a miss, or seemed to. Goat is a regular on traditional menus on Tenerife. It’s a meat I order regularly as the flavour is relatively strong and I’m a fan of gamey meats. But it can also be on the fatty side. I’ve eaten some beautifully tender cabra and I’ve eaten cabra which tired out my jaw muscles. The carne de cabra in the programme looked like it was on the fatty side. 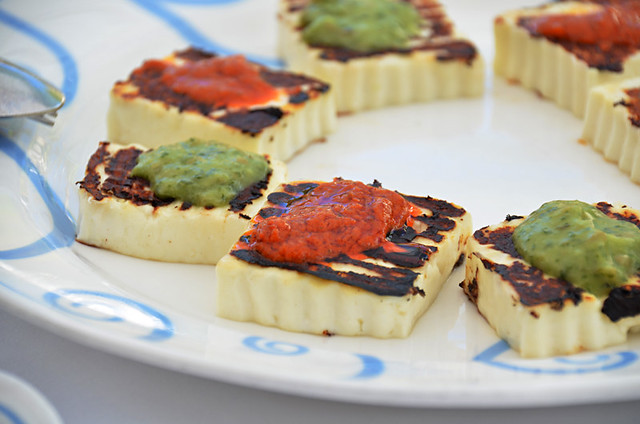 Less testing for people who aren’t adventurous eaters is queso asado, grilled cheese usually drizzled with mojos and miel de palma (palm honey). The cheese used usually isn’t strong, a rectangular block of local white cheese, so the addition of the mojos and palm honey helps draw out its flavour. I’ve not met many people who don’t like queso asado; it’s a safe bet for anyone who wants to try local food but nothing too unfamiliar. The best we’ve had was in Guachinche Frontera on El Hierro where it was prepared by a Catalan chef who ‘customised’ the traditional way of cooking it. 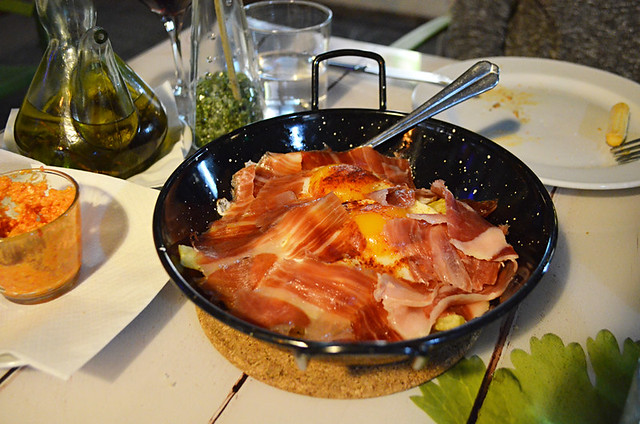 If you’re a fan of trying local foods and haven’t tried huevos al estampido on Tenerife yet, I’ve a question for you. How on earth have you managed to avoid it? I’ve ended up with a variation of huevos al estampido many times… sometimes not realising I’d ordered it as it comes in various guises. It is basically egg (sprinkled with paprika) and chips; although there are variations so some can have boiled potatoes rather than French fries, and/or chorizo.

Combined in the one sitting, that’s a lot of hearty food for two people to get through, yet it shouldn’t be an expensive feast. If you haven’t notched up the dishes mentioned yet, go seek out just about any traditional Canarian restaurant and order all of the above to replicate the experience the presenters in the show had. Then come back and let us know what you thought… especially about the escaldón.