I looked at the unimaginative choice before me and my heart sank – dry fillets of fish, stodgy pasta, curled meat thinner than my shoe leather. There was nothing particularly appealing– food that was functional but whose preparation was clearly lacking passion.

I made my choice and piled a few mismatched items on my plate alongside greasy veg and some chunky chips. The chicken skewer I’d chosen was grisly, the bit of beef was at least good for working my jaw muscles and the fish was devoid of any moisture whatsoever. The chips at least saved me from sinking into the depths of culinary depression.

I was keen to know what others thought. Cue a check of online reviews.

‘The food was excellent…’ was the first comment that jumped out and punched me in the face, followed by nearly thirty more of the same before I finally found someone who agreed with me – ‘food was very poor with little variety.’

I’m no Ferran Adría or Gordon Ramsay, but I can tell the difference between good and bad food and the food had been poor. So why was I apparently out of step with so many people? 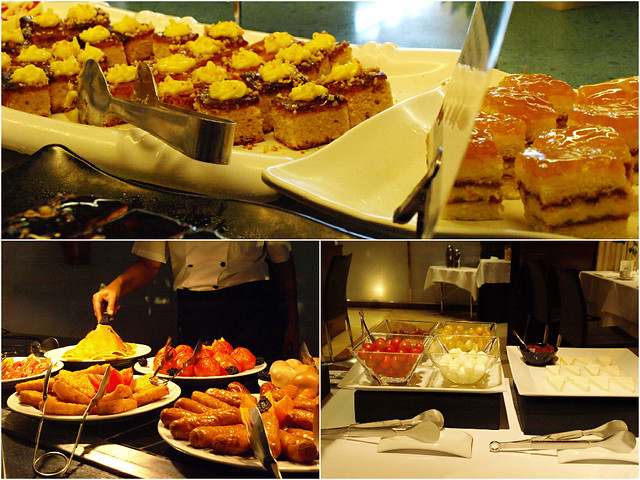 A couple of days later I spotted a comment about another hotel where we’d enjoyed a buffet which we felt was more creative than normal with a good selection of dishes that had a local slant. This time the comment was that the food was poor with very little choice. Now I was really bamboozled. It just didn’t make sense. The cheese selection alone included brie, local semi-curado, fresco, French goat’s cheese, cheese with oregano, Manchego, smoked applewood and tetilla.

Again, I rushed to check reviews. Sure enough, the first couple of reviews were less than impressed with the food selection. But this time after a few, there were more who agreed with my take… phew.

It’s not the first time this has happened and it won’t be the last. And it’s something not just confined to Tenerife. On one of the other islands we rated a hotel buffet because it had an organic section, used herbs and vegetables from its own garden and featured mainly local dishes. We also really liked a small rural hotel where the owner chef poured a lot of passion into his food, serving dishes that were Mediterranean in style. In both cases we heard of complaints about the food.

The second case was particularly interesting as it was known locally for its culinary excellence.

So why such massive differences in the perception of what is good and what is bad or what constitutes a wide choice of dishes and what doesn’t? 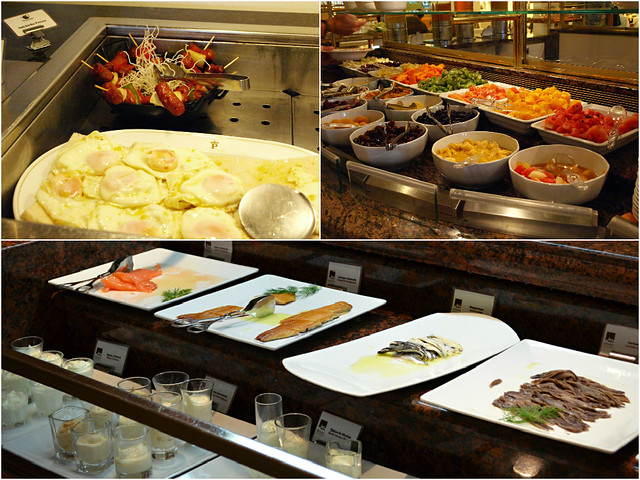 Having considered all the situations where this difference of opinion has occurred over the years I’ve spotted a recurring pattern.

In all the instances where we thought the food wasn’t great, or there wasn’t much of an interesting choice, the food wasn’t particularly creative and there wasn’t a good selection of locally inspired dishes. There might have been fillets of meat and fish and pasta or potatoes, chips and grilled veg. But there was nothing with any flair. Nothing that I’d think ‘interesting, I’ll have to try that.’

In the cases where the opposite was true, where we invariably felt some imagination had been shown in the preparation and that local cuisine was well represented amongst the ‘varied’ choice on offer, the choice of basic meat and veg type dishes were more limited.

It seemed to me that familiarity, or lack of, played a big part in colouring some people’s views.

As an experiment (of no true worth but of interest to me) I went back to the reviews for the first two examples mentioned earlier and switched to what Spanish reviewers thought. 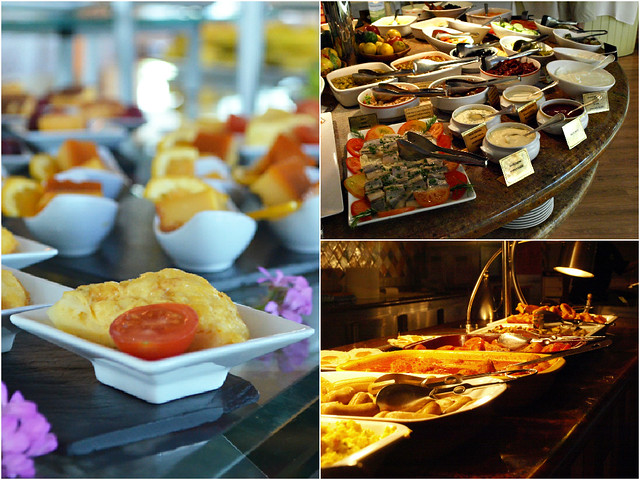 This time, for the first case, the first two reviews complained of repetitive food and little choice.

With the second, the first comment to come up about the food was that it was ‘excelente, muy buena y variada’. No need to translate. The following reviews mirrored this. In both cases opinions were reversed, this time matching ours and those of the other people who, and obviously I’m going to think this, I thought were the more discerning diners.

Opinions when it comes to food vary wildly which makes one-off food reviews difficult to judge. We don’t always know where the person is coming from and how their food preferences compare to our own.

For our part, we’ll try anything placed in front of us and love it when we are faced with food that is a bit different or shows touches of culinary creativity. That’s not to say we don’t hanker after a good burger, bacon buttie or steak either… as long as it’s good quality and well done. Or, in the case of steak, not well done.