Scarlet drapes billow gently from ageing sash windows, their lush tones sharp against earthy ochre walls. On the cobbled street four hooded men stride, slowly, but purposefully in my direction; their white cloaks luminous in the low, late afternoon sun. The scene has an ethereal, dreamlike quality about it and I realise that I’m holding my breath, transfixed. 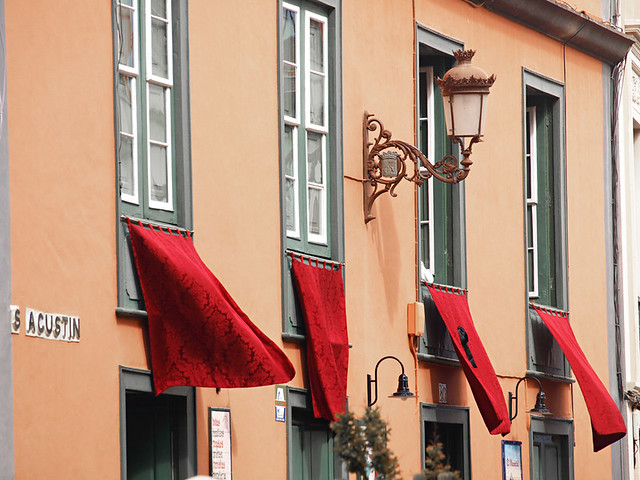 The Magna Procession has most of the hallmarks of fiestas on Tenerife; vibrant colours, flamboyant costumes, processions, elaborate floats and a community spirit so strong you could almost touch it. But on this occasion there is a major ingredient missing – noise.

Nowadays, many of us consider Easter as a time for pigging out on our favourite chocolate eggs; however, in Tenerife, Semana Santa (Holy Week) is still one of the most important weeks on the religious calendar; a time for reverence and for demonstrating devoutness. 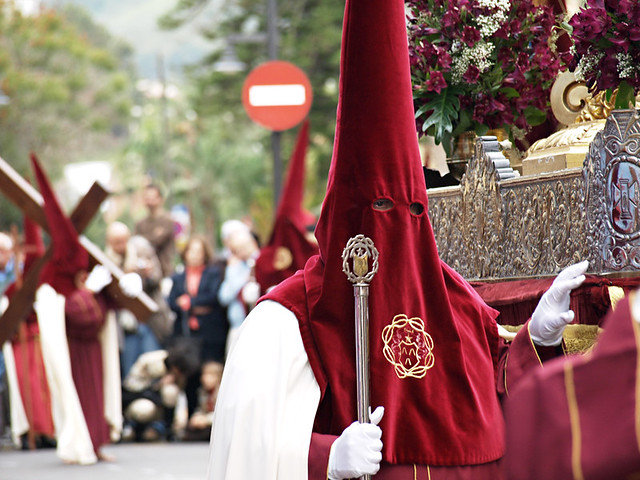 The most poignant celebrations take place in La Laguna. For a week from Palm Sunday, services and processions are held in the former capital; the most important of these, the Procesión Magna and the slightly chilling sounding Procession of Silence, take place on Viernes Santos (Holy Friday) to commemorate the Eucharist and the Passion and death of Christ, when hermandades and cofradías (fraternities and brotherhoods), known as nazarenos, set off from the city’s churches on solemn parades around the old quarter’s historic streets.

My initial reaction the first time I saw one of nazareno brotherhoods emerge from the Iglesia de la Concepción was surprise. Their outfit, long flowing robes covering the body and a pointed hood on the head which masks the face, is instantly recognisable. 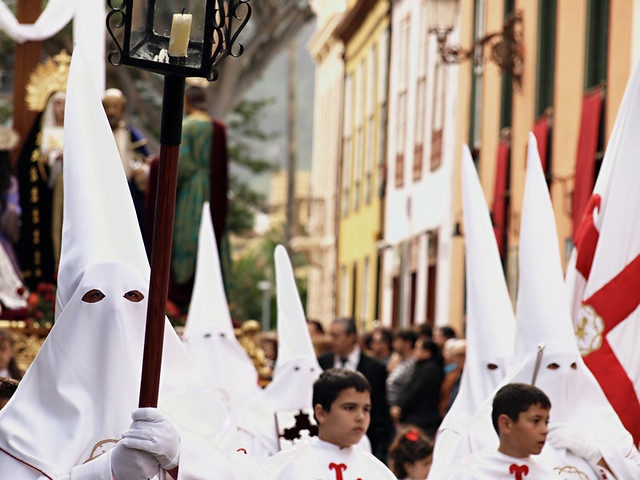 It’s an image which has come to represent intolerance and prejudice; the nazarenos costume is exactly the same as that worn by the Ku Klux Klan.

However, only in America has its true purpose been corrupted; the pointed hood (capirote) was originally designed to let devout Catholics demonstrate their penitence publicly whilst concealing their identity; the irony is that the Klan, who amongst other prejudices were anti-Catholic, should choose should such a traditional Catholic image as their symbol. 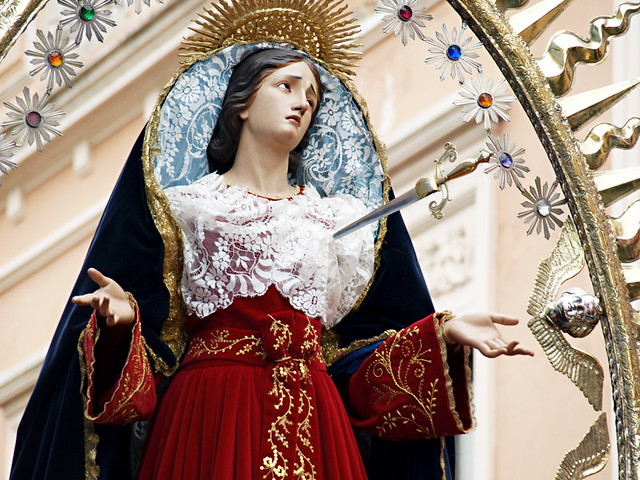 The Procesión Magna
Brotherhood after brotherhood wearing capirotes of royal purples, midnight blues, scarlet, emerald and black, parade silently through streets that come with a UNESCO World Heritage Site tag. At the head of each, hooded elders carry processional candles and large wooden crosses, some nazarenos bear depictions of the last days of Christ’s life. Following behind are younger members including boys and girls; some no older than toddlers. The only sound which accompanies them is a slow rhythmic drum beat, which tends to evoke a feeling of watching a public execution which, in a symbolic way, I am. 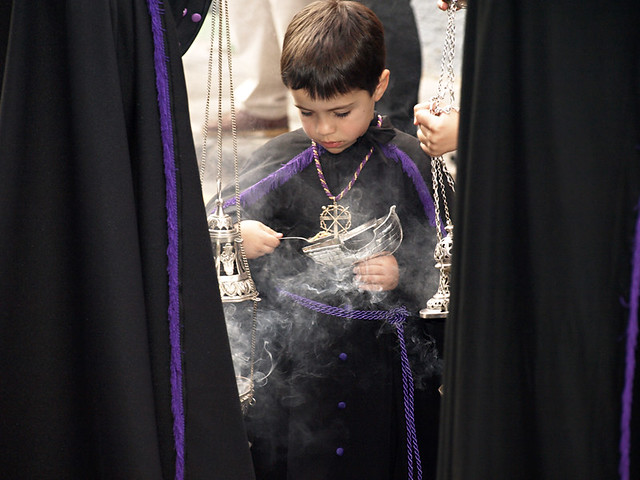 The silence and the nazarenos in their unusual costumes creates an atmosphere which borders on tense, then one of the youngest members whispers into her friend’s ear and both start giggling, earning stern words from an elder; around me a short burst of quiet laughter breaks the tension.

The most devout brotherhood brings the procession to an end; no bright colours for them, they’re dressed in drab monk’s cassocks with iron chains around their bare feet; one drags a full sized cross on his shoulder. An oppressive silence hangs in the air, symbolic of the despair felt for the death of Christ, and then they’re past and I feel I can breathe freely again. 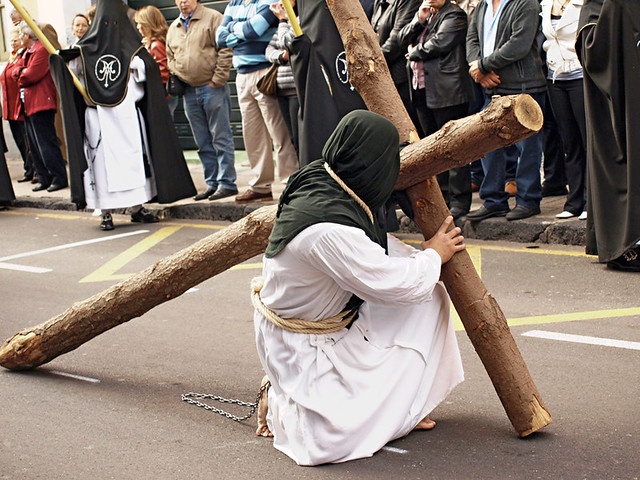