The couple at the table next to us told us how they liked to experience local life when they travelled. The man pointed to a bottle of wine which lounged casually in an ice bucket and said “like trying the local wine.”

It was a bottle of Ribera del Duero. Spanish but definitely not local. There’s a massive difference.

A while back someone on Tripadvisor asked for wine recommendations on Tenerife. In six pages of replies not one person suggested a Tenerife wine.

Millions of people might visit the island each year but for many, what is actually ‘local’ can remain a bit hazy.

For anyone who wants to really go local on Tenerife when it comes to alcohol, here are six suggestions which are, relatively, easy to find. 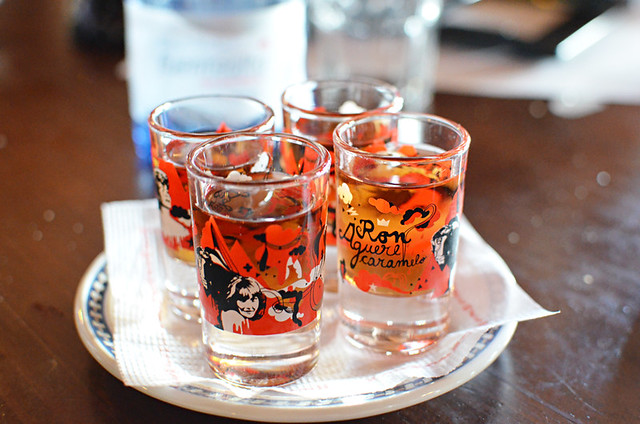 Let’s start with the one most people are likely to have tried if they’ve ever eaten in a Canarian restaurant, ron miel (honey rum). Best served as chilled as ice, this is often plonked in front of you with the bill. It’s sweet and easy to drink, unlike the often throat-stripping grappa you get in some other European destinations. It’s a nice touch at the end of a meal and its pleasantly refreshing taste prompts some people to buy a bottle to take home… to store unopened in a cupboard until it’s long past its ‘drink by’ date. To me it’s quite nice as a one-off but I’d never drink it at home. 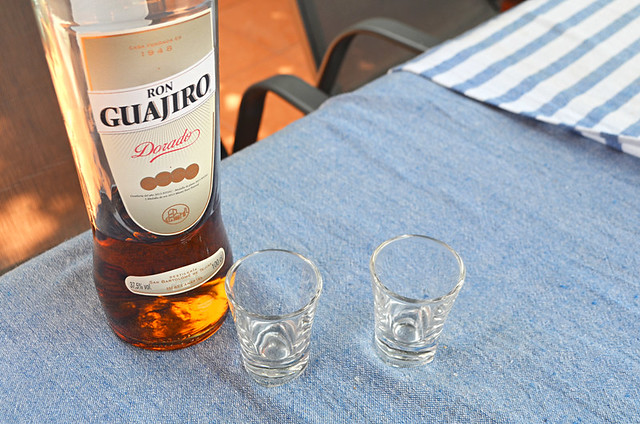 A chupito (shot) of local rum (gold, not white) is often our preferred way to end an evening out; a friend in La Gomera got us into the habit of a chupito for the road. Canary Island rums are pretty decent and there are rum factories on Gran Canaria, Tenerife and La Palma. At carnival time, huge displays of bottles of Canarian rum spring up in the island’s main supermarkets. Guajira is the Tenerife brand; however our preferred ron dorado is La Palma’s Aldea rum. 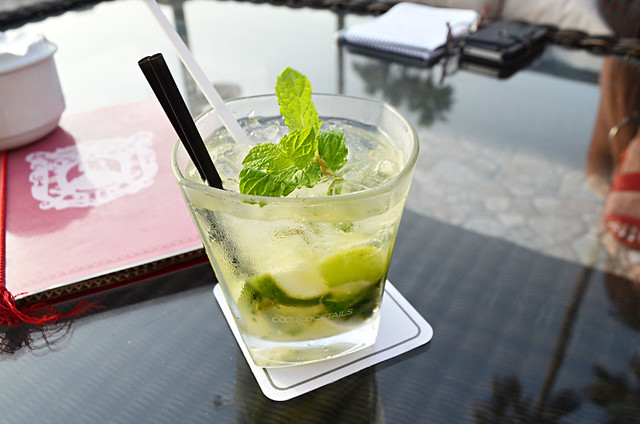 Thanks to the Canary Islands’ links with South America and Cuba especially, mojito is the island’s favourite cocktail. The zingy mix of rum, soda water, lime juice sugar and mint is perfect for a sultry subtropical climate. This is the cocktail you’re most likely to see scrawled on blackboards outside of bars. In some of the liveliest local bars there’s a factory like production line of bar staff making mojito after mojito for thirsty customers. 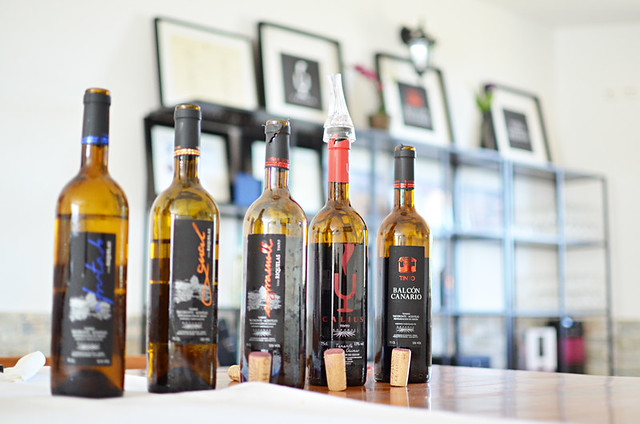 Forget Ribera de Duero and Rioja, if you’re a wine drinker get that nose right into a glass of the local vino. It took us a few years to learn to really appreciate it but now we’d choose Canarian over mainland Spanish wines every time. We’re mostly red drinkers so can’t really comment on the whites, but there’s often a far more interesting mix of flavours in good Canarian reds compared to those from the mainland. We’re clearly not alone in thinking this as Canarian wines regularly win top awards in international wine competitions. Generally speaking, for white wines pick one from a bodega in the south of the island and one from the north for reds, but that’s not always a given. Personal preferences change every so often, but there are usually bottles from Candido Hernandez Pio, Monje, El Lomo and Viña Norte bodegas in our rack. 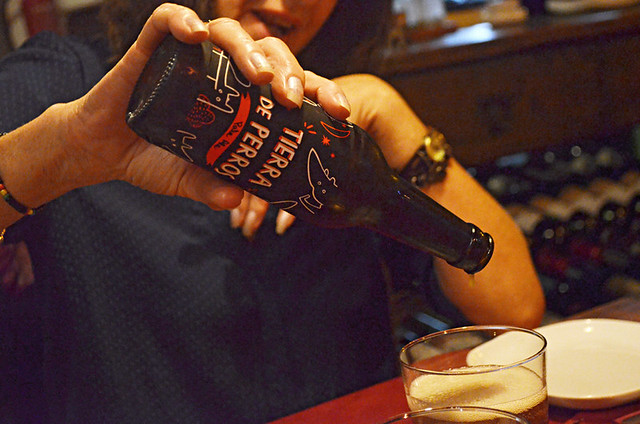 The best known local cerveza is Dorada, a light lager which slips down the throat very easily on a hot, sunny day. In truth it’s a fizzy lightweight in the world of beer. For a Tenerife beer with a stronger personality seek out one of the island’s artisan beers. In the last few years some craft micro-breweries have sprung up on the island. However, you still have to seek out a bottle from any of them. Look for labels like Tierra de Perros, Chutney’s Willie Sutton or Tacoa’s El Teide which has a slight hint of tajinaste honey. 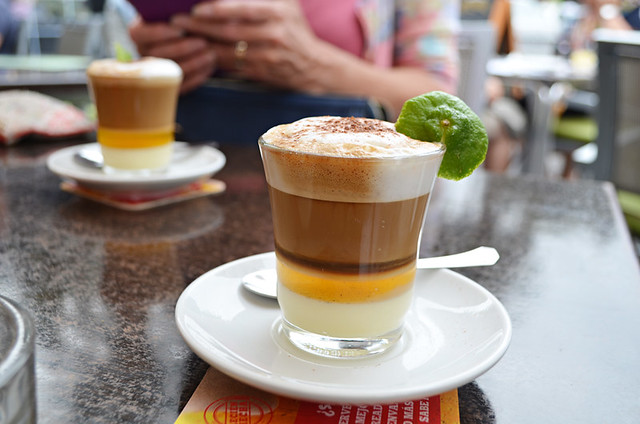 And finally a coffee with a kick, the barraquito – a Tenerife drink whose stunning looks has people at the next table saying to the waiter “I’ll have one of those” and whose flavour backs up its striking appearance. Said to originate in a bar in Santa Cruz, a barraquito is a layered mix of milk, condensed milk, coffee, cinnamon, lemon peel and licor 43. Ordering a barraquito isn’t always a straightforward affair. In some places the mix is called a ‘zaperoco’. I’ve had instances where I’ve ordered a barraquito to be told I mean a zaperoco. And at other times when I’ve ordered a zaperoco the waiter’s replied “you mean a barraquito.” To be sure you get that essential shot of licor 43 (it makes all the difference) it’s worth ordering a ‘barraquito completo’ or ‘barraquito con todo’.

Although these are six popular local drinks there are a few more, some of which are quite obscure. But most visitors won’t come into contact with them so there’s not much point in listing them. Plus, for one reason or another, we like to hold a few things back.