When we saw a bronze sign with Haydee appear on the wall of the restaurant Tres Casitas, a place we drive past most days (when we’re here), we were intrigued. The lovely little restaurant overlooking the banana plantations of the lower Orotava Valley has been through a few changes of personality since we’ve lived here.

A little detective work and the intrigue turned to excitement when we learned it was to be the new venture of award-winning Canarian chef Victor Suárez and his sister Laura. 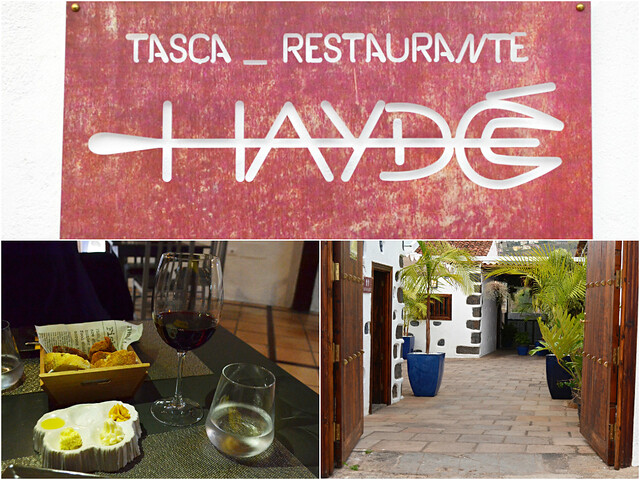 Every time we passed, we peeked through the traditional entrance to see how things were taking shape, waiting expectantly for an opening date. Excitement and anticipation turned to disappointment when the opening in April 2016 turned out to be when we were away on a trip. Circumstances meant it was two months before we were finally able to make the short walk to our nearest and newest restaurant. When I say it was a short walk I mean it. Our reservation was for 8.30pm. At 8.15pm we hadn’t left the house… and we still arrived early.

Haydee is located in three little traditional buildings (the tres casitas) around a courtyard. It’s a lovely setting, just off the main road on the border between Puerto de la Cruz and La Orotava.

There are two dining areas, one is a covered terrace overlooking the valley, the other inside the largest of the small houses. Although the building is traditional, the décor is contemporary and minimalist, although there are still a lot of obvious Canarian touches – hooks to hang your bags, photos of the family including Granny Suárez after who the restaurant is named.

It’s modern, but warmly so. And there’s plenty of space between each table. 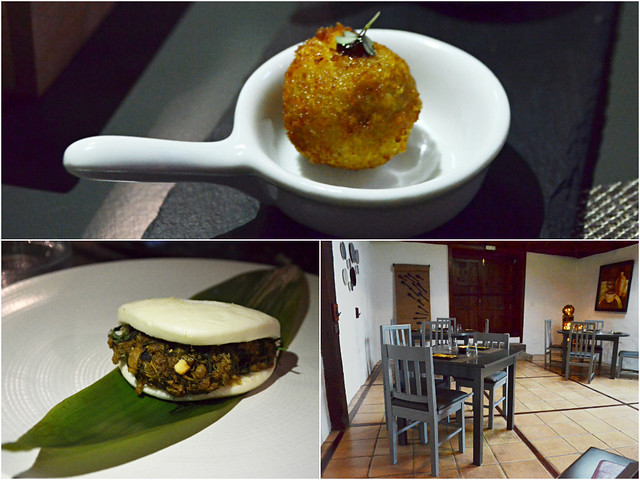 The menu is concise, creative and apparently changes very regularly. Most ingredients used are sourced from as nearby as possible; many from the restaurant’s organic garden. There were quite a few menu items we were unfamiliar with, so some helpful advice was required. At this point I have to say what a great team the Suárez’s have assembled – professional, really friendly and very helpful. They steered us through our choices.

The Food at Restaurant Haydee
I hate it (love it really) when you get a selection of butters and good bread at the start of a meal – an interesting selection means I’m half full before the main act even begins. At Haydee there were three flavoured butters, olive oil and rock salt… plus an amuse-bouche of a savoury little croquette which did the job of truly getting those juices flowing.

Although you can take the traditional gastronomic route of starter, main and pud, the way to get the best out of Haydee’s menu is to share a few dishes. Being greedy to enjoy as many taste sensations as we can in one sitting, we’re huge fans of picking at a series of smaller dishes. 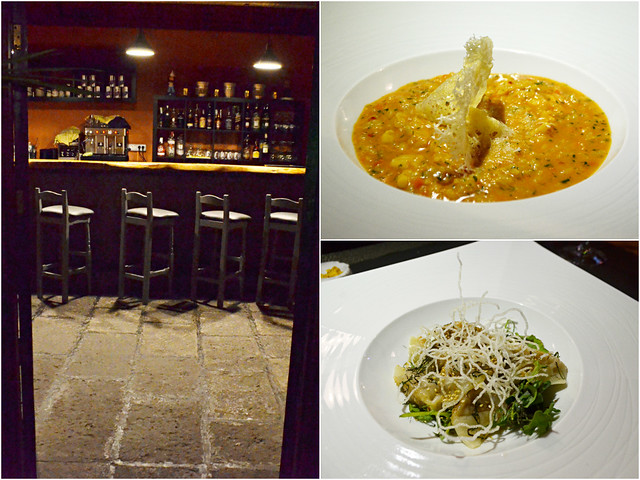 First up was a delicate carpaccio de secreto with poppadom strips. This Spanish/Canarian and Asian fusion featured throughout this particular menu, creating flavours that were new and different.

The second dish was my favourite, Canarian black pig in a Chinese bao bun – it was outstanding and we immediately regretted ordering only one. The bao was followed by fried noodles and steamed gyozas filled with panceta and then a rich prawn risotto with crispy cheese. The twist with this dish was that the risotto was in an almogrote sauce. Almogrote, a strong cheese pate from La Gomera, can be overwhelming but the touch here was a light one and there was only a teasing hint of it in the overall flavour.

The four dishes were enough to fill us; however, I’d seen photos of the desserts and they looked equally imaginative and scrumptious. Whilst Andy swayed towards a passion fruit pud which looked more like a neat little fried egg I opted for the torrija, basically because the waitress told me it was really good. She also warned me it was big. When a brick of a torrija appeared before me I thought it was definitely a case of eyes far bigger than belly. 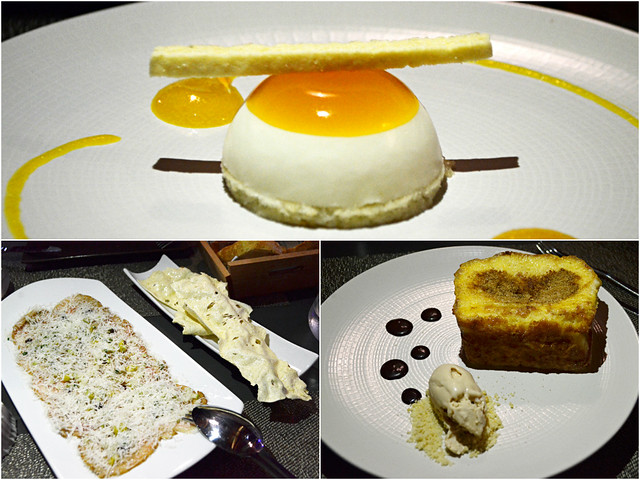 It was as light as a cloud, a delicious dream-state inducing cloud. I lost count of the number of times I blurted ‘jeez, that’s good’ to Andy (reluctantly allowing her a spoonful to prove there was no exaggeration).

Finally the three little houses seem to have found the talented owners they deserve. And we’ve got another top Tenerife restaurant within stumbling distance of home.

Restaurant Haydee; Barranco La Arena 53, La Dehesa (near the T5 exit on the border of Puerto de la Cruz & La Orotava, where Lucas Maes used to be); our meal with wine and water came to €73.