Carnival might be the time when people slip into fancy dress on Tenerife. But in the second half of January, during San Antonio Abad, it’s the island’s animals who wear odd outfits. Or more accurately, some of their owners squeeze them into ridiculous clothes.

San Antonio Abad is when animals are blessed at livestock gatherings across the island. Mostly the furry party goers are made up of oxen, goats and horses. But a medley crew of creatures can turn up at these fiestas.

These are ten of the strangest sights we’ve at San Abad seen over the years.

Starting the (odd)ball rolling in tenth place is a python bracelet. If it’s too tight, there’s not a thing you can do about it. 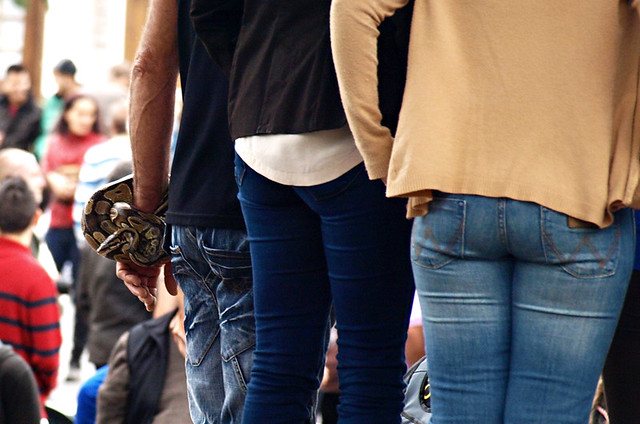 In the number nine spot, looking not very comfortable at getting water splashed on it, is a puppy being blessed. 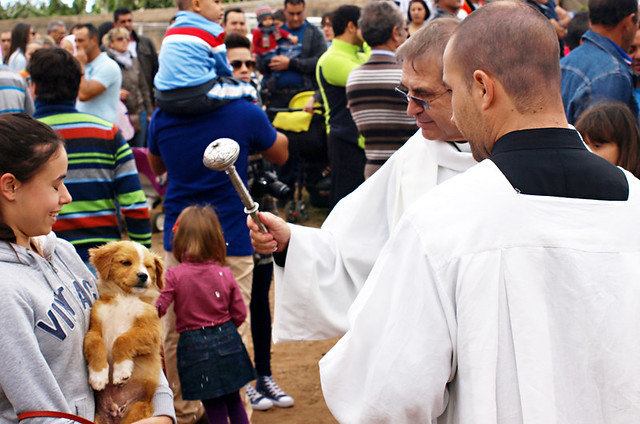 Trundling along at number eight is a hen on a go-cart. 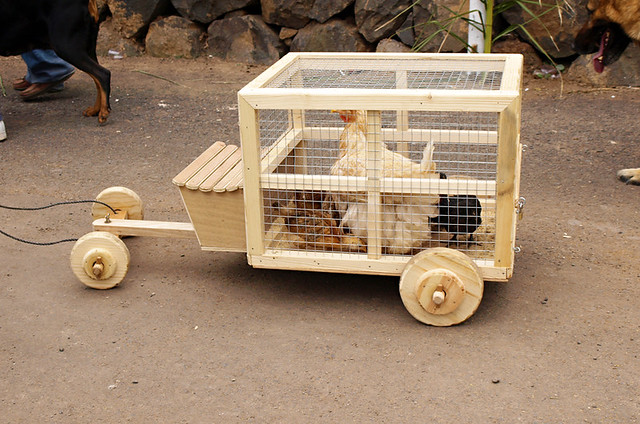 At number seven, a donkey wearing a hat. Not too over the top and actually it looks quite dashing. 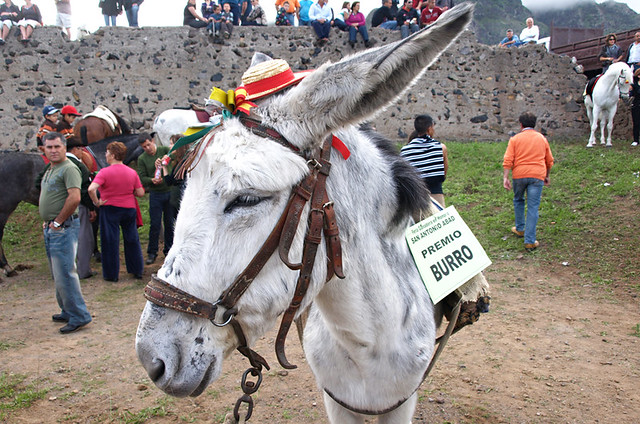 Flying high at number six is a parakeet (I think) which needs toilet training. 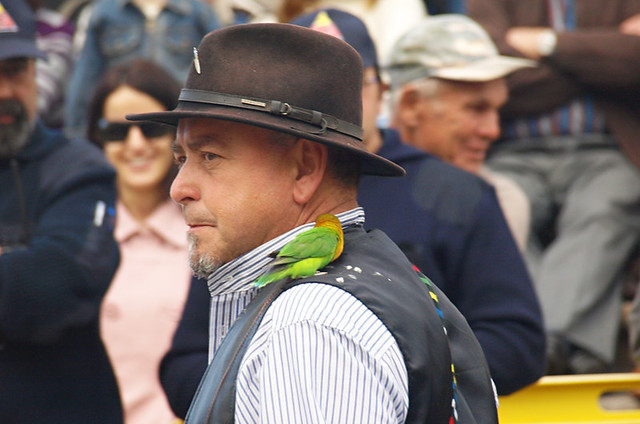 Literally lying in fifth position is this Yorkie in a basket on a Shetland pony. Looks like they share the same hairdresser. 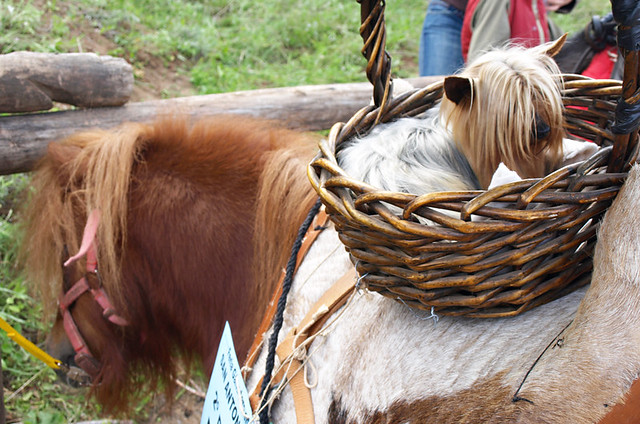 Scrapping for fourth spot is a fight club with a difference. Don’t worry no blows were exchanged, just a lot of nervous glances on the part of the bulldog. 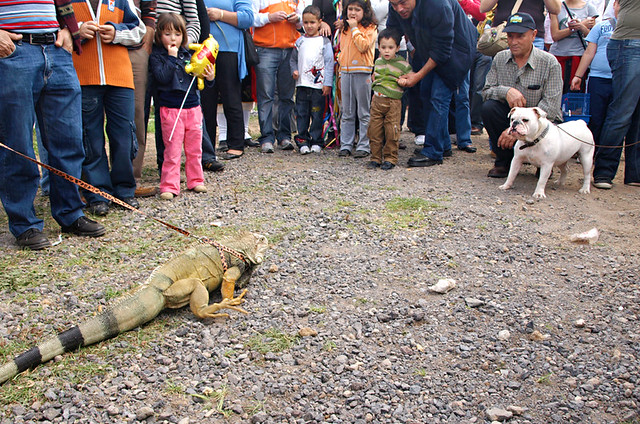 Slithering into third place – ‘Ooh, where did you get that lovely necklace?’ Snakes are clearly what passes for accessories down Buenavista way. 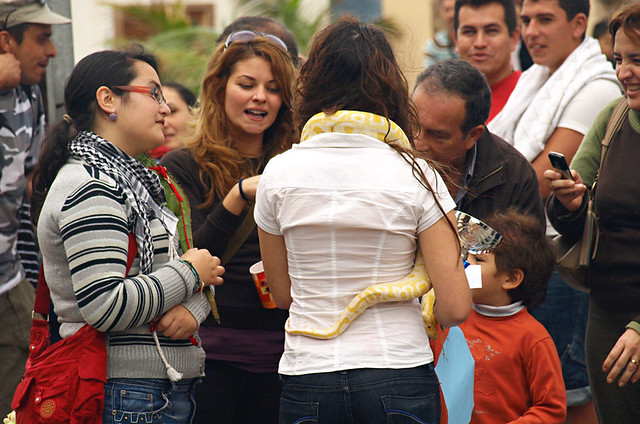 Winging it at number three, ever felt like a gooseberry? 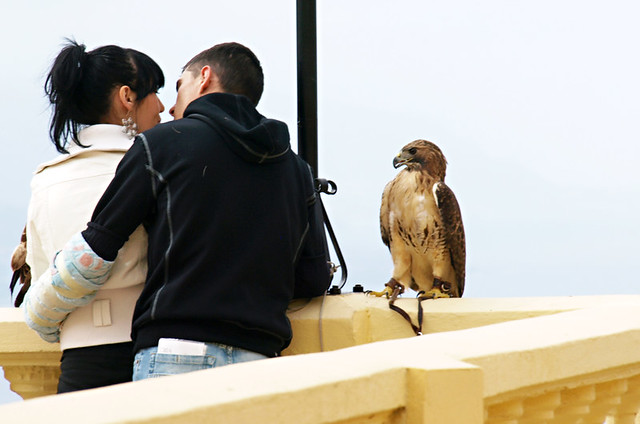 Maria had an embarrassed little lamb. In runner up position is this sorry looking creature. 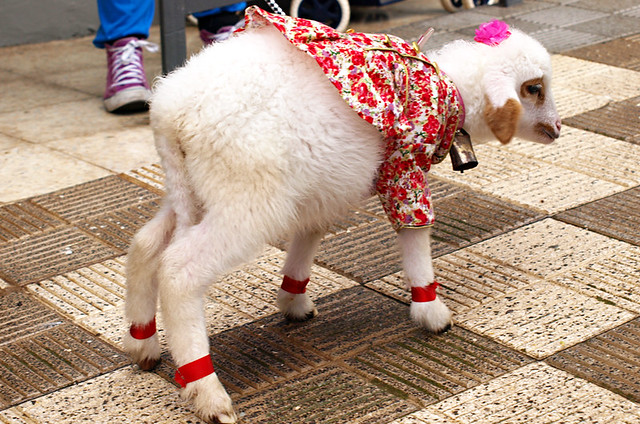 And the winner of the oddest looking animal competition goes to these two in their traditional Canarian costumes. Look at those faces, the poor wee things, they’re not happy mutts. 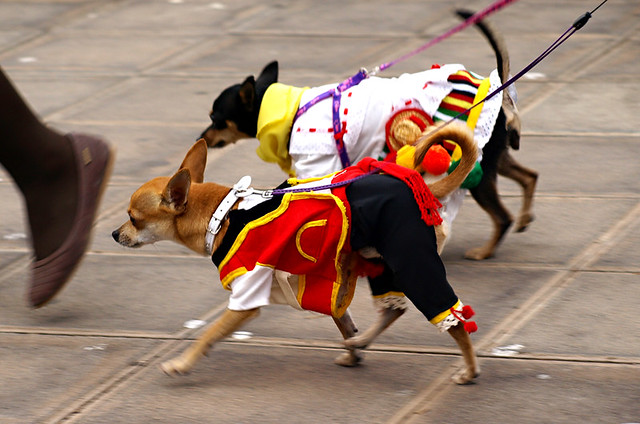