I’m starting to think the chef at the Hotel Rural Victoria in La Orotava is a fictional character. Twice we’ve visited this lovely colonial hotel to meet friends staying there and on both occasions the chef has been enjoying a day off.

The reason we were particularly disappointed on this occasion was that we were having dinner and were looking forward to meeting a Tenerife chef who seemed a bit out of the ordinary. Richard Etherington is Scottish, running the kitchen of a rural hotel in an historic town. That makes his story interesting. But for a second time we were thwarted in finding out more about him.

Even without Chef Etherington, the Hotel Rural Victoria and restaurant has enough personality to make dinner there an interesting and slightly different experience. 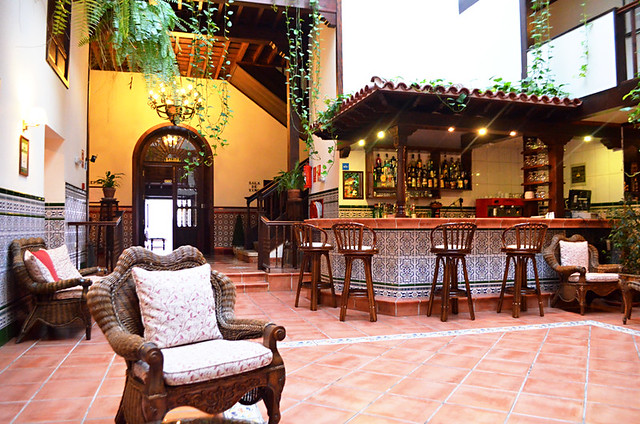 The hotel, near the rear of the town hall, is in a restored 16th century town house. That means you get an historic setting and an atmospheric courtyard with tea wood balconies, hanging ferns and Andalusian tiles. The bar area in the courtyard has seriously high G&T sipping potential.

The restaurant lies at one end; a handful of tables with views of both courtyard and the open kitchen. It’s open to the public as well as hotel guests and has a menu del día (set menu) which is excellent value at €10.50 for three courses with bottle of beer or glass of wine.

This visit we stuck with the à la carte.

The Food at Restaurant Hotel Rural Victoria
The menu is quite select, featuring seasonal products. It is partly based on traditional Canarian recipes and partly contemporary international – so you have rabbit in a salmorejo sauce with Canarian potatoes (papas arrugadas) alongside lamb in a herb crust with Dijon mustard. 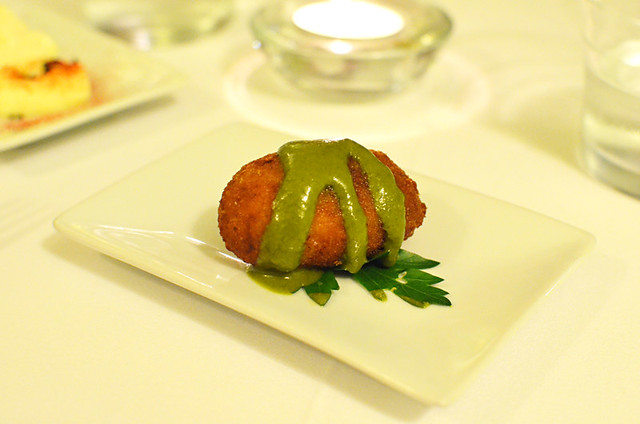 Normally Andy and I choose different dishes so we can try a wider range of food, but this time we both had a yen for exactly the same things… until it came to the desserts.

Our juices were given a wake up call with some flavoured bread and alioli and a croquette in mojo verde amuse-bouche. 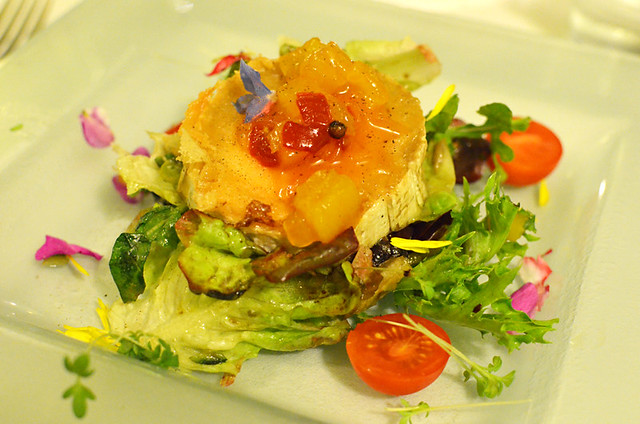 Only one other table was occupied so it wasn’t a long wait before the first of our courses arrived.

In between courses our palates were perked and refreshed by a zingy mojito sorbet; a nice touch. 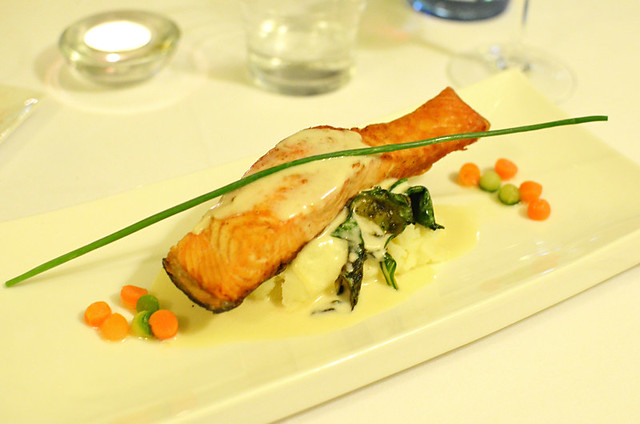 The moist Cajun salmon was a tasty departure from the usual simple fish dishes we eat on Tenerife, even if the Cajun flavours were a wee bit more subtle than I’d expected.

Portions were just right in size so, for a change, I wasn’t stuffed by the time it came to the puds. My foamy gofio with palm honey was as light a dessert as you’ll find – traditional and modern at the same time – it could have floated from the glass into my mouth. Andy went for a more substantial bienmesabe with lemon ice cream, but even then the normally stodgy bienmesabe was kept to a manageable dollop. 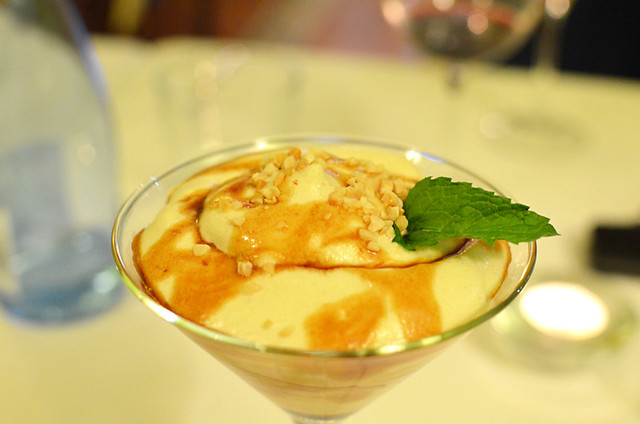 Overall it was a nicely balanced meal in intimately colonial surroundings with good food, nicely cooked and presented and served by friendly attentive staff. There was nothing particularly wow about any of the dishes but we enjoyed it a lot and would definitely return.

One of these times we might even get to meet the elusive Scottish chef.