With Bodega Julian in Puerto de la Cruz I expected a sort of themed version of an authentic restaurant, designed to give visitors an experience which was a bit more polished than the real thing. 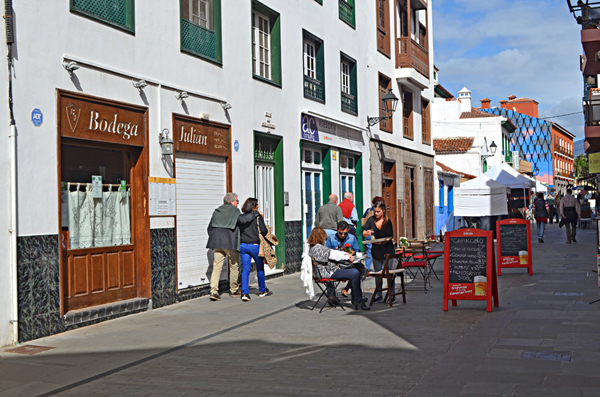 We’d passed the little restaurant on arty Calle Mequinez a number of times. The menu was small and didn’t seem to offer anything too different from scores of other restaurants on Tenerife. Subsequently we didn’t bother trying it. However, as it was the number one restaurant in the town according to Tripadvisor reviewers we felt it had to be worth checking out.

A visit from my mum whilst friends were staying in Puerto provided an ideal opportunity, a reservation for a table for five was made. 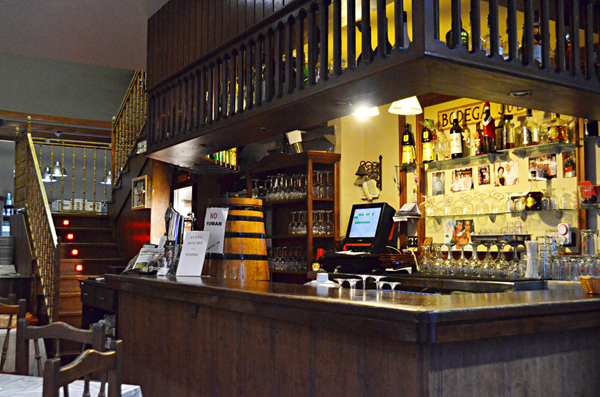 First impressions were very good; the welcome from Julian was friendly and sincere and there was a cosy ambience which instantly relaxed. The décor is traditional Spanish tasca style with a wood-panelled bar and rustic tables and chairs, all nicely positioned so dining felt intimate without being claustrophobic.

The Food at Bodega Julian
As mentioned before, the menu is small. It consists of a couple of salads, a handful of starters and a few meat and fish dishes. It didn’t take long to make a decision, especially when most reviews rave about the lamb. Five lamb main courses were duly ordered along with lashings of the house red. 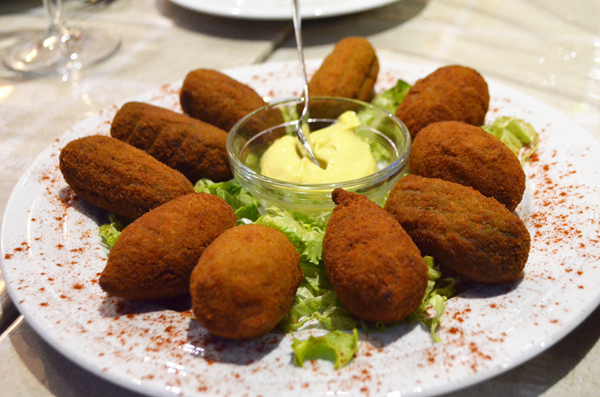 There were a couple of dishes that were fuera de carta (specials) one of which, wild mushrooms, sounded a bit different from usual offerings. We ordered a couple of portions as well as a selection of homemade croquettes to share as a starter.

A moreish appetiser of soft goat’s cheese with honey and sesame seeds was another pointer that maybe Bodega Julian really wasn’t just another typical Canarian restaurant.

Whilst we dipped our bread in the creamy, sweet cheese we were treated to the first musical interlude courtesy of Julian and a waitress we decided must be his daughter. 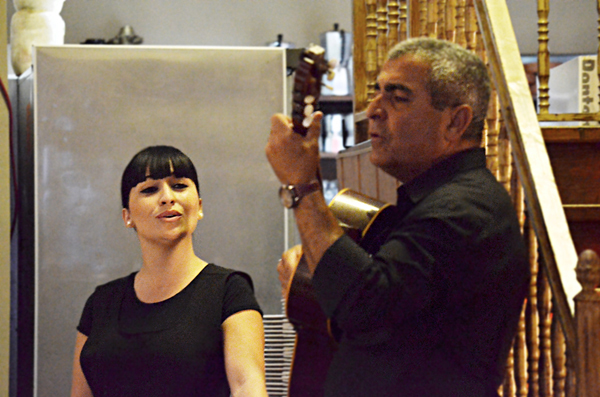 From Tripadvisor reviews I was expecting traditional Canarian music so the sounds which flowed gracefully from Julian’s guitar and enchantingly from his daughter’s mouth were a complete surprise.

We were instantly mesmerised by songs of love, longing and loss; the sort of sweet, soulful music which has waves welling in your eyes even if you don’t actually understand the lyrics.

The music was reminiscent of one of Lisbon’s fado houses, but with songs which sounded more like they came from mainland Spain. The waitress’s voice was achingly pure, the voice of an angel. I’m gushing I know, but boy she was good. 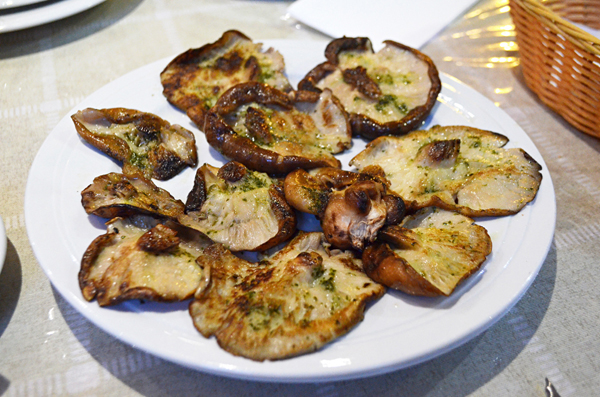 By this point I was starting to understand why Bodega Julian was rated so highly.

The mushrooms arrived, big juicy oyster mushrooms which had been fried and drizzled with oil, garlic and herbs. One taste and we were sold.

The croquettes, a spinach and a mushroom croquette each, were crisp on the outside, creamy on the inside. 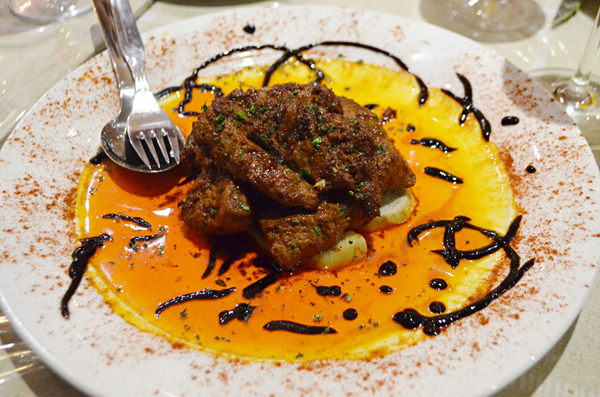 Both dishes were perfect as a warm up act for the main course, the lamb; a mini mountain of juicy, tender fillets on an island of sweet potato slices in a slightly spicy sauce, sweetened by balsamic swirls. Lamb isn’t my favourite meat, but Julian’s cordero could have changed my mind. It was as good as people claimed.

Between courses diners were serenaded, the waitress being replaced by the chef (Julian’s wife?) to sing a couple of emotive boleros. Although it’s clearly a well rehearsed part of the dining experience it felt natural, impromptu.

If there was one criticism of the service it would be there was no breathing space between finishing the main course and being offered dessert. But that’s a minor niggle, in all other ways all staff were charming. 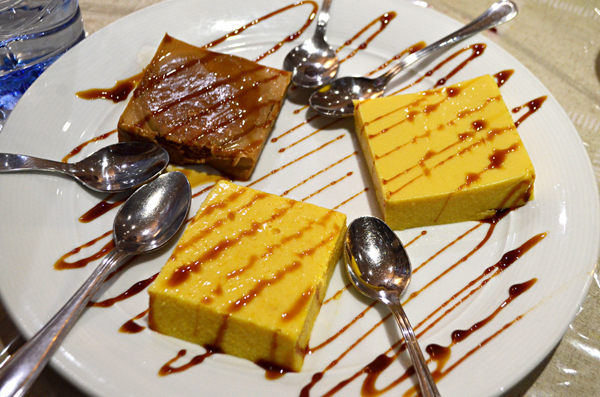 Although sufficiently full, we greedily ordered a trio of chocolate, mango and passion fruit tarts which turned out to be more wobbly mousse than tart. There was nothing wrong with them, but they were a bit of a let down after the high standard of the preceding dishes.

As there were people queueing to get in by this point, we didn’t linger too long after finishing the desserts and a coffee which was served with more originality than usual (glass, jug and Moka pot on a wooden board). The bill for five of us came to around €100, excellent value for a night of top nosh and exceptional music.

I’m not sure I’d rate Bodega Julian as the number one restaurant in Puerto de la Cruz, but it’s up there. A visit is definitely recommended.