When is a resort more than just a resort?

When it’s a working town as well.

The last couple of weeks have reminded us of some of the differences between staying in resorts like Playa de las Américas and resorts like Puerto de la Cruz. 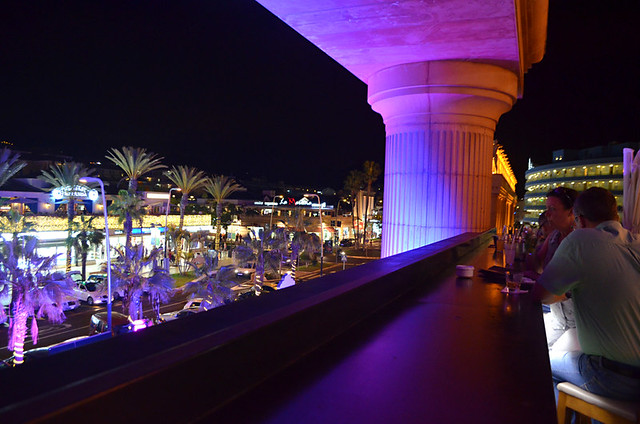 A couple of weeks ago around the Safari Centre in Playa de las Américas the place was buzzing and it was a midweek night. Restaurants were packed, the streets were busy. As we sipped a Dorado in the jazzy terrace of the Hard Rock Café I remarked to Andy that it felt as though we were on holiday. A holiday somewhere that wasn’t Tenerife.

If that sounds like a dig, it isn’t. The place was attractively glitzy, the restaurants had diverse menus and the people looked smart – dressed up to enjoy themselves. There was an infectious holiday atmosphere. It’s exactly what you want from a holiday resort of its type. 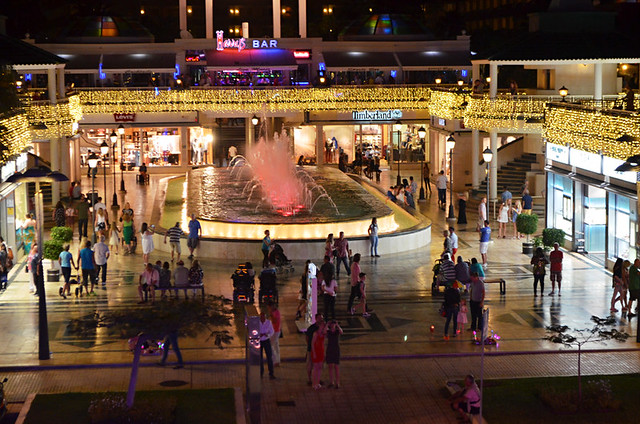 Jump forward two weeks and we’re sitting with two friends drinking blue G&Ts from bubble glasses in a trendy, if slightly kitsch bar in a colonial building in Puerto de la Cruz. There are a couple of other customers, lounging in wicker chairs on the tea wood balcony, but we’re the only people in the bar. Our seat looks out over Plaza del Charco. It’s 1am and it’s empty.

It was a very different vibe from Playa de las Américas and a snapshot that illustrates at least one of the differences between the resorts. One moves to the beat of visiting drums, the other to that of the local Canario population; sometimes literally as there is often a batucada group around. 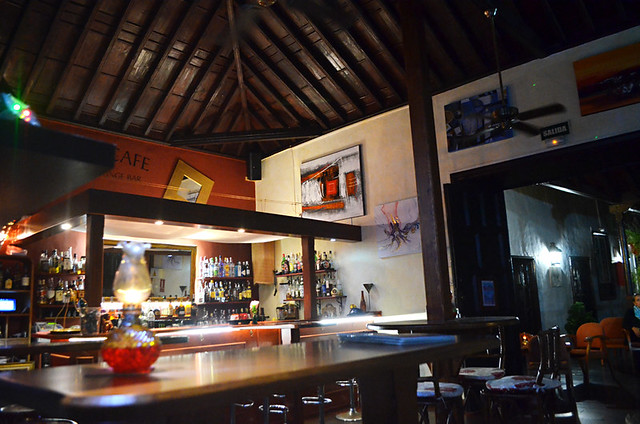 We’ve enjoyed the nightlife in various southern resorts on every day of the week over the years. There’s been no real discernible difference between a Wednesday night and a Saturday which makes every night party night in a way. There are a couple of places where there can be a difference; bar clubs where Canarios from other parts travel to during the weekend. But generally speaking, the vibe is much the same from one day to the next.

Things are different in Puerto midweek outside of the summer months and fiestas. Earlier in the evening we’d passed a batucada group and a band of wandering Canario folk singers to enjoy roasted chestnuts and local wine beside the harbour; a Tenerife tradition this month. There was only one table free and we managed to bag it.
There were enough people eating in restaurants, mostly Northern European visitors. November being one of the quieter months, by midnight most had returned to their apartments. 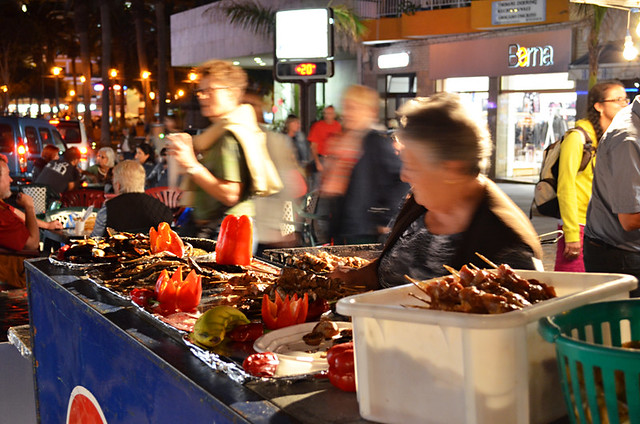 At the weekend, the scene changes. There’s a handover as the night goes on. The later it is, the more Canarios come out to play. By 2am the areas where the most popular bars are located are packed with people. There’s an electric ‘fiesta, fiesta it’s the weekend’ atmosphere.

It’s the weekend buzz you get anywhere where the working population outnumbers the visiting one.

And it’s one way to tell when you’re in a working town. No different atmosphere at the weekend  means no substantial local population.

It’s just another of the factors that makes Tenerife attractive to people with varying tastes.

We’ve more friends visiting Puerto next week. They want steamy Cuban bars, live music and lashings of wine and chestnuts. As it’s the weekend, I reckon we’ll manage to tick all their boxes.

A Taste of Argentina, Review of Casa Mediterranea in Puerto de la Cruz