Since I was knee high to a grasshopper I’ve had a fascination for lighthouses. When I was growing up many fictional adventures aimed at lads my age seemed to involve a lighthouse at some point. I also viewed them with a little apprehension. They were often at the end of the world; remote places where if you got into trouble there was nobody around to help.

Now most are automated so the intrigue about ‘what sort of a person would live in a place like this?’ has gone. However, I still get a slight thrill when we stumble across a tall, lone sentinel whose job it is to safely guide ships through potentially dangerous waters.

There are quite a few interesting lighthouses still flashing nightly around the coast of Tenerife. Some are easy to reach, others take a bit of a trek. 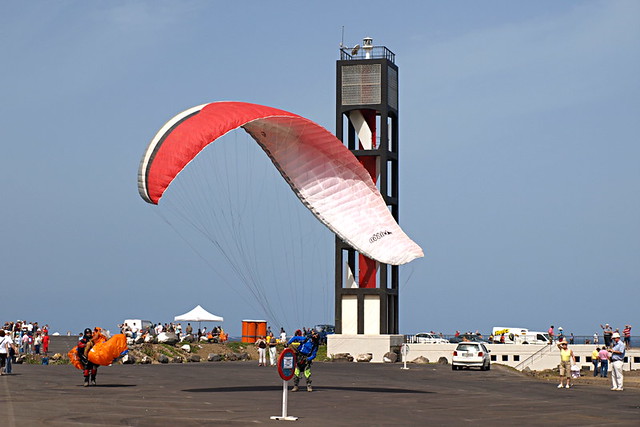 The lighthouse at the harbour car park in Puerto de la Cruz looks more like a place where bomberos (firemen) would train rather than a lighthouse. A friend who visits regularly didn’t even realise it was a lighthouse until recently. Its modern narrow tower block design isn’t one I find particularly attractive. 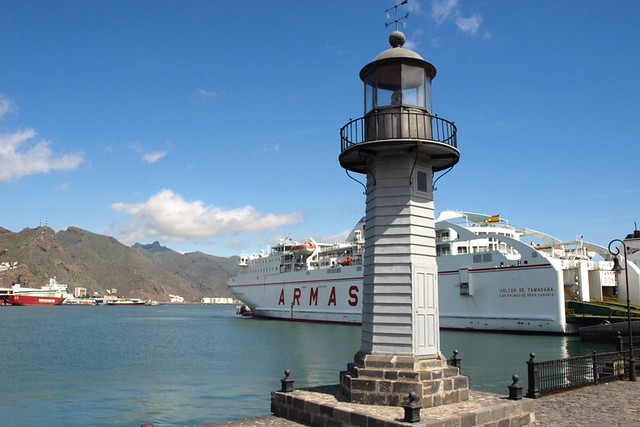 The Farola del Mar (rather obviously ‘lamp for the sea’) is a proper old school lighthouse, albeit one that’s more suitable for someone like Tyrion Lannister. The current Farola del Mar which sits near the Fred Olsen and Naviera Armas ferries is a replica of a French lighthouse which lit up the port for almost 100 years from 1863. 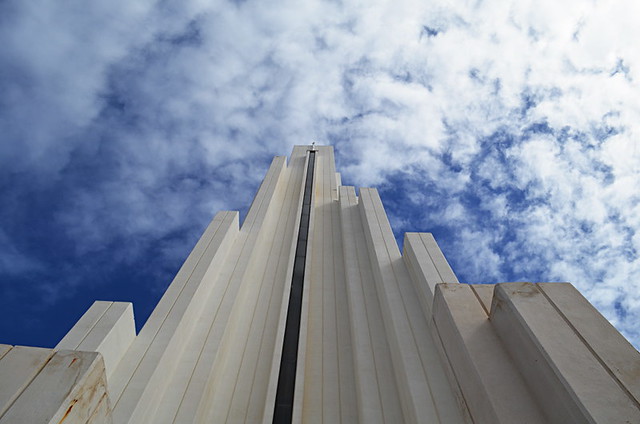 The blindingly white lighthouse located a short distance along the coast from Punta de Hidalgo is a work of architectural art. Almost Art Deco in style, it is an unusual eye-catcher that enhances rather than detracts from the raw beauty of its surroundings. There are two lighthouses at Punto de Teno, something that isn’t instantly obvious. You need to clamber across the rocks to get a decent view of the older one built in the late 18th century. Stuck out into the sea on Tenerife’s most westerly point the lighthouses here probably enjoy the most scenic spot for a lighthouse on Tenerife. Unfortunately the white-knuckle road leading to them is closed more than it’s open. 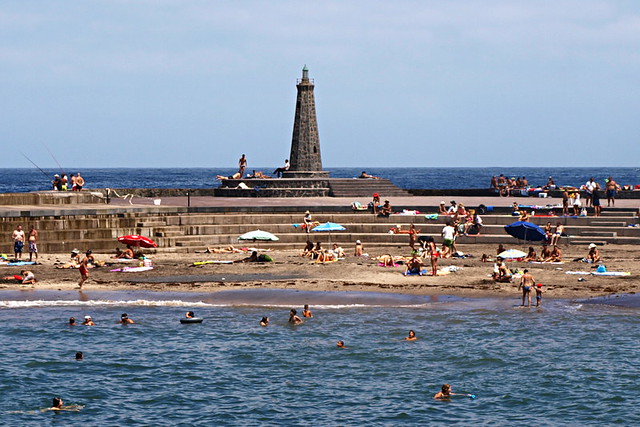 Another attractive mini lighthouse is the one which adds interest to the space between the small harbour and the sea pools at Bajamar. This one turns up in photographs a lot as huge waves regularly add a spectacular backdrop. 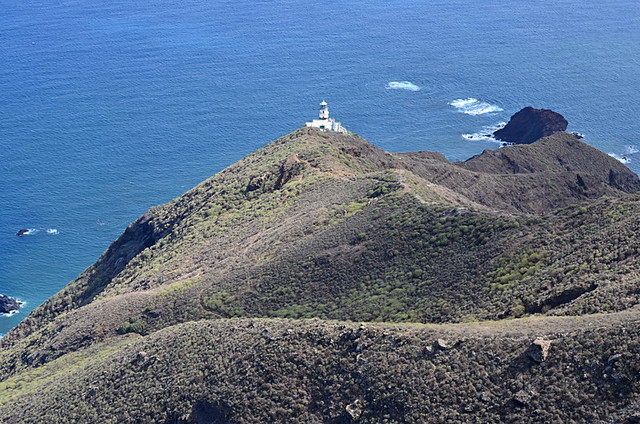 Unless you’ve got access to a boat, the only way you’re going to set eyes upon the lighthouse on the remote eastern tip of Anaga is to walk for three hours from where the road ends at Chamorga. 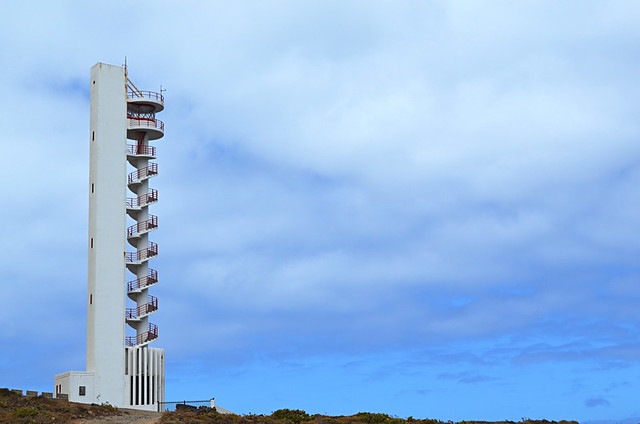 Buenavista’s lighthouse is one of the more unusual of its kind on Tenerife. Its open spiral staircase gives it the look of a drill, or an oversized corkscrew. The coastal walk to it from Los Silos also throws in an unusual rock bridge as a bonus.

Rasca and Punta de Abona Lighthouses
Both these lighthouses on Tenerife’s east coast are of the old red and white striped variety. One is reached by a stroll across the volcanic badlands from Las Galletas or Palm Mar, the other can be reached from Punta de Abona or Abades. And I don’t have a photo of either as it’s been so long since we visited them that images are on a disc which just doesn’t get on at all with my latest laptop.