We were a bit late getting out of bed this morning thanks to the rain.

Our daily routine involves waking around 7am, making a coffee then drinking it sitting up looking out of the bedroom window before getting up, making breakfast and starting work around 8.30am. 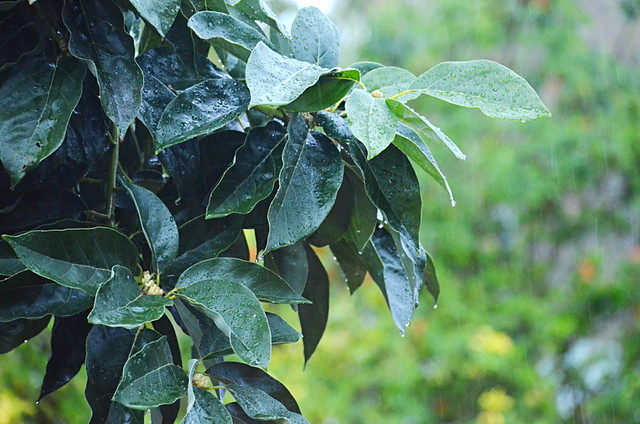 Today we were hypnotised by mini waterfalls running from the roof tiles and crystal bubbles gathering on the wide avocado leaves. The patter on the roof directly above our heads added a soundtrack we’ve come to enjoy. Fifteen years ago a rainy morning in Stockport was something to be dreaded. Here, where rain is an irregular visitor for most of the year, it’s a wonder of nature which we relish.

We moved to Tenerife in October 2013. That November was a washout. During the month I had my first lesson how different nationalities on Tenerife can view the rain. I grumbled to a Canarian barman about it being another rainy day. His response was to look at me with barely concealed disdain before he replied – “it has to rain sometime, it’s good for the earth. If it didn’t rain we’d be living in a desert.” 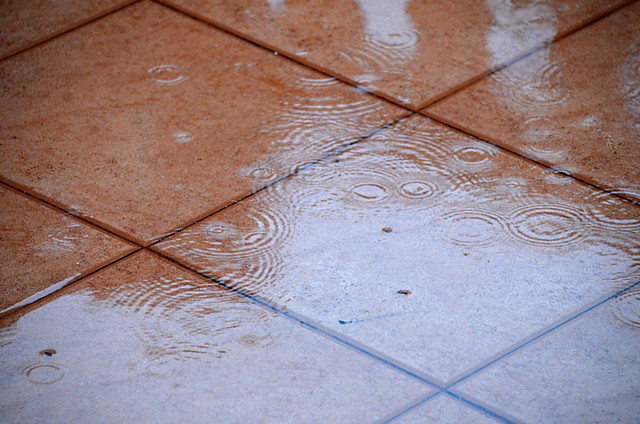 That was me told. It was a valuable lesson about the Tenerife where people lived and worked as opposed to the one on which to enjoy holidays, which was how we were still treating it.

We didn’t see any more rain for the rest of the winter, save for one short shower in January. It was so rare I can even remember where we were, El Sauzal. When the rains returned in the form of light April showers we stood at our back door and watched raindrops fall as if they were something magical. 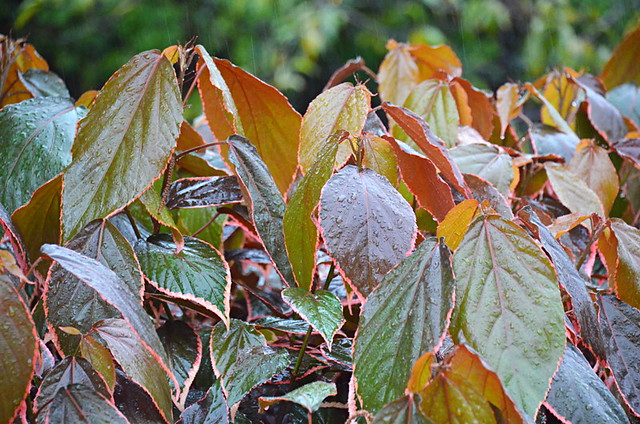 Over the years we learned how precious rain is on the Canary Islands. If the rains don’t come it signals disaster. Not only for farmers but devastating forest fires will be unavoidable the following summer.

I totally understand rain is a drag for holidaymakers. I’ve been there, got that sodden tee-shirt. In three rainy days in Rhodes we nearly saw off all our holiday spends as there was nothing else to do but sit in a bar and drink. I’ve seen it here in the purpose-built resorts in the south of Tenerife. Beach resorts without sunshine can be hellishly depressing places. And locales (the units which house many bars and restaurants) can seem particularly claustrophobic and unattractive when it’s raining. 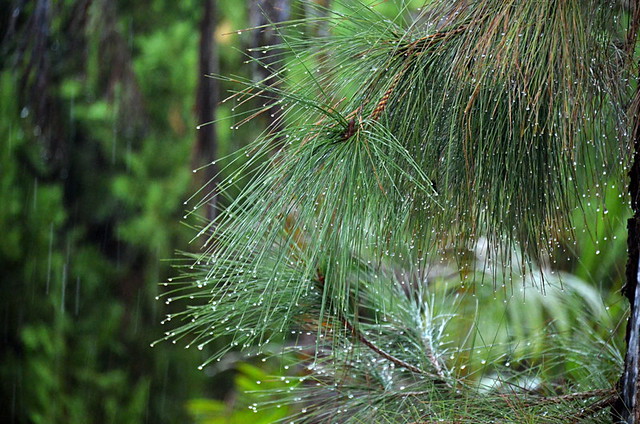 At least in bigger towns and cities there are interesting places to pop into… even bars. We’ve sat, entranced, on wicker chairs on the polished wooden balcony of the El Rincon courtyard in Plaza del Charco sipping mojitos as water gushed from beautifully carved old water spouts. It felt wonderfully colonial and reminiscent of trips to the Far East which we always booked in the monsoon season because the rains were short and sharp and the sun was never far behind them. There the rain was exotic. When it batters our roof at 6am in the morning, like it did today, it feels exactly the same.

It’s subtropical rain, which makes a big difference… but possibly not if you’re on holiday of course. I’ve never understood people who live on Tenerife, or any Canary Island, who view the rain in the same way as understandably disappointed visitors. We enjoy wonderful weather throughout the year all over the island, so why be bothered about a handful of days of rain every year? Especially when the rain is essential, a force of good. 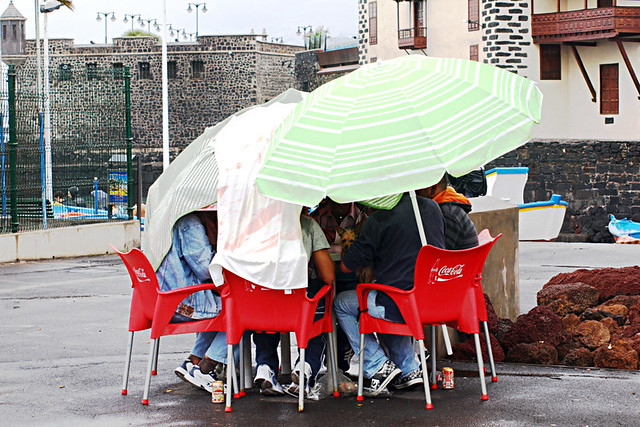 I’ve never met a Canario who views rain that way. Quite the opposite, they put up banners proclaiming ‘we dance in the rain’ or raise tarpaulins over their heads so they can still get in their daily card games beside the harbour in Puerto de la Cruz. We once met a shepherd on a hillside on Gran Canaria when we were all caught in an unexpected and unusual June downpour. His smile was canyon wide as he held up his arms giving thanks to the sky.

After more than a decade when the winter rains come we still sit, captivated, as the water feeds the earth and the huge banana leaves, glistening palm fronds and perky flowers, which would only be seen in botanical gardens in many places, sigh with pleasure and stretch to capture the droplets.

After it stops the world outside our window is greener, brighter and just that little bit more beautiful.