Recently we walked past a long row of bars and restaurants in an area of one of Tenerife’s resorts which clearly was catering very specifically for a section of Tenerife’s tourist market. If that was my only experience of Tenerife and you were to ask me what sort of food was most popular on Tenerife my reply would be – “all day British breakfasts, bacon butties, toasties, roast beef and Yorkshire pud and fish and chips”. One menu was virtually indistinguishable from the next. 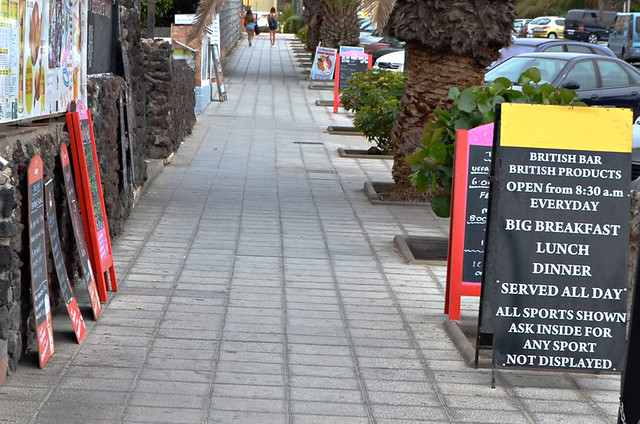 I’m partial to any one of those dishes but they don’t have a lot to do with Tenerife and they’re certainly not representative of food on the island as a whole. It was the sort of gastronomic scene which has some visitors, and even people on other Canary Islands, dismissing the food on Tenerife as being not very authentic despite the fact it’s the culinary capital of the islands.

The irony is that in restaurants across much of the rest of Tenerife there can be a tendency for menus to samey as well. But that’s where the similarity ends. They’re samey in as much as you’ll find many of the same traditional offerings on menu after menu.

Which means if it’s authentic dining experiences which get your juices flowing, it’s easy to tuck into and tick off the most popular Canarian dishes anywhere on the island where there are traditional restaurants… which is most of it.

Here are ten traditional Canarian dishes to look out for. 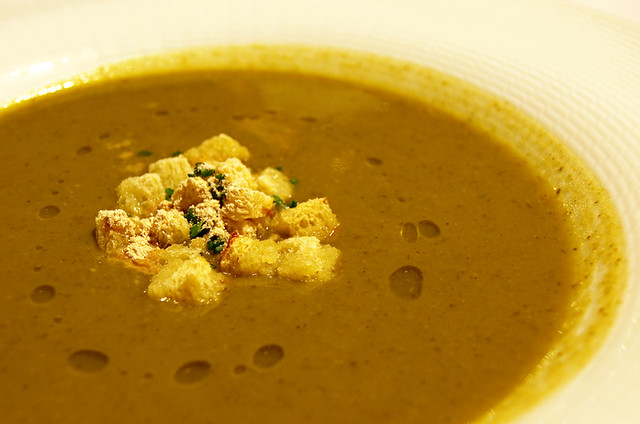 A warming winter starter if you’re in the Tenerife hills in January/February. During the rest of the year it’s simply a tasty soup made mainly from watercress. In theory it should be a good vegetarian option, but here there can be a ‘kitchen sink’ approach to soups and stews so you might find an unfussy bowl of green soup plonked in front of you or a leftover’s graveyard with chunks of potato, meat and corn on the cob icebergs. 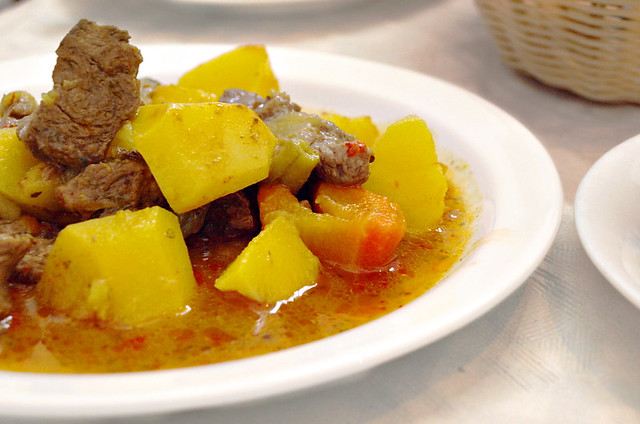 Carne con papas turns up on menus and as a tapa in bars all over Tenerife. It’s a say what you see dish of potatoes and cubes of beef flavoured by a savoury sauce made from herbs, spices, garlic, tomatoes, onions, carrots, pepper and white wine. 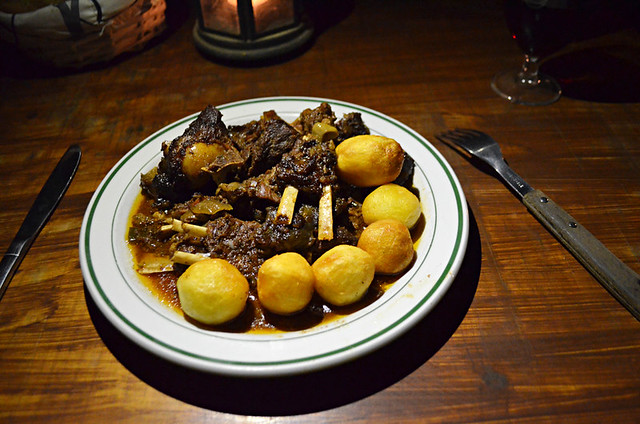 For anyone wanting to sample the most popular dishes, goat is one of the must try meats of the Canary Islands and is found on most traditional menus. There’s a place on Fuerteventura where just about everything on the menu is goat (goat burgers, goat meatballs, goat lasagne). I eat it regularly although often combined with a bit of a guilt trip as I like goats (the live variety). When it’s good it’s a great meat – slightly stronger than many meats. The downside is sometimes you get a tough old bony goat. Goat usually comes buried under a mountain of chips. 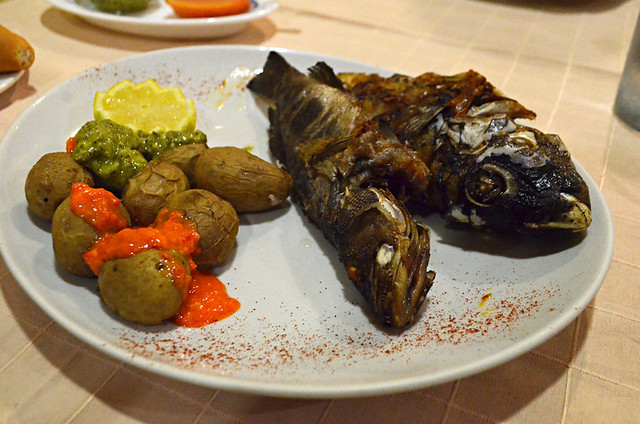 Striking looking when lying on the fish counter, and mouthwatering when on the plate. Vieja is one of the most popular fishes of the Canary Islands, deservedly so as it is a delicious fish, especially when paired with proper papas arrugadas and mojo verde. 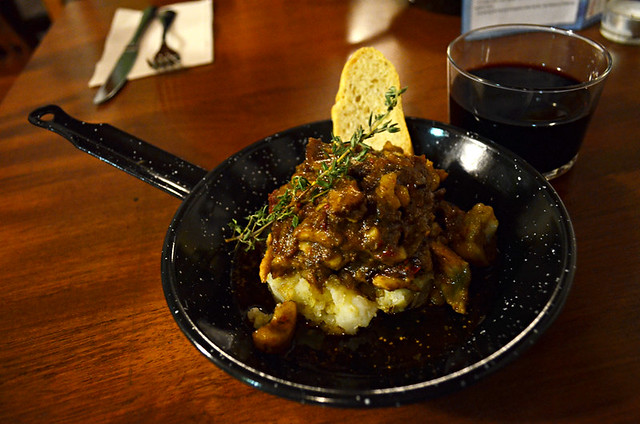 The idea of eating rabbit still elicits an ‘eeuww’ from some British people although it’s another good choice for people who like their meat to be full of flavour. Conejo en salmorejo is one of the classic Canarian dishes. The rabbit is cut into bite-sized pieces and cooked in a rich sauce made from hot peppers, garlic, white wine, thyme, bay leaves, rosemary and paprika. It’s another one of my local favourites, although I also enjoy picking at fried rabbit at one of those makeshift fiesta stalls. 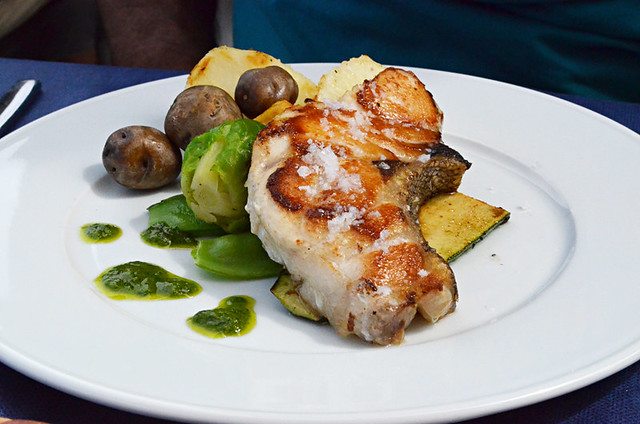 Cherne is another highly popular local fish and is a good choice for anyone who likes meaty white fish like cod where they don’t have to spend half the meal picking bones from their mouth. Again best served with papas arrugadas and mojos. Unlike parrot fish which is served whole, cherne comes in fillet form. I think of it as a relatively cheap fish but in recent years have noticed its price is creeping up, especially in some restaurants where the target customers wouldn’t know it’s a relatively cheap fish. 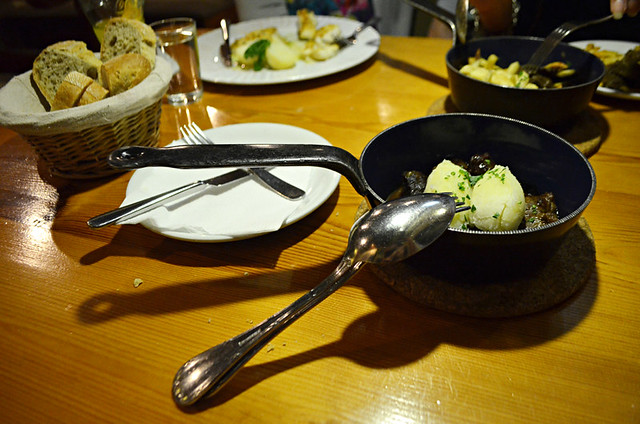 Whilst you see plenty of goats in parts of Tenerife, you don’t tend to see many pigs even though pork features on every traditional menu. However, it’s believed there were pigs on the Canary Islands before the conquistadors arrived. Pork is a tasty meat anyway, and the Canarian speciality breed cochino negro is even tastier than the average porker. Cochino negro is becoming increasingly popular on menus, we’ve noticed it on more and more over recent years. It comes in various guises, one of the currently trendy ones is tender carrilleras (cheeks). 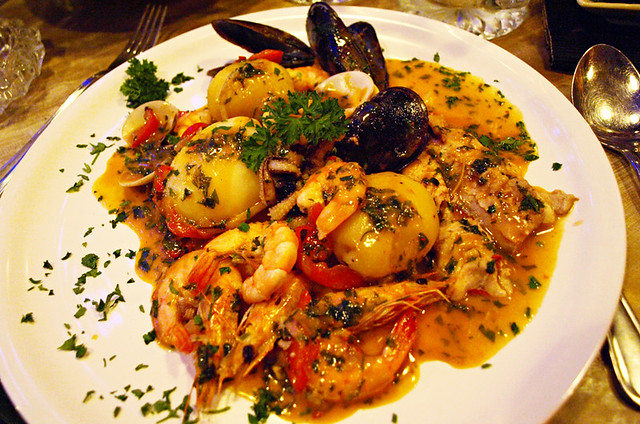 Instead of seeking out paella which although not Canarian is commonly found on menus, especially in resort areas, try cazuela de pescado. It’s not as frantically busy a dish as its meaty counterpart puchero and is an alternative way to sample local fish which is different from the usual grilled or fried approach. The fish and seafood used in cazuelas can vary but cherne is best. 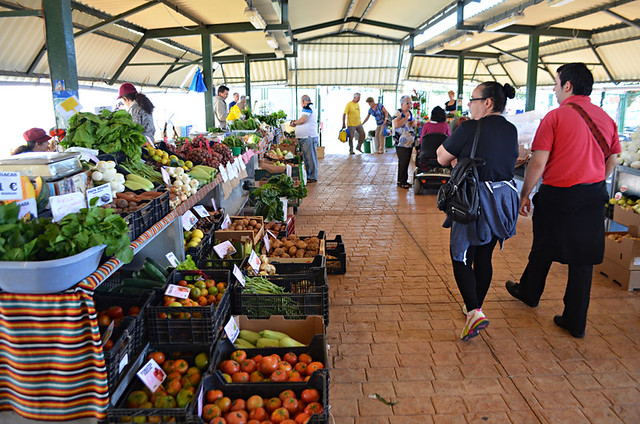 How do you make puchero? You go to a market, buy one of everything from each stall and put the lot in a huge pot. That might be an exaggeration, but it’s only a slight one. Pucheros can include beef, bacon, sausages, ribs, chicken, chickpeas, corn cobs, cabbage, sweet potato, Canarian courgettes, potatoes, beans, carrots, pumpkin and even fruit as well as garlic, saffron and various herbs and spices. It is a mess of a dish and you better make sure you’re ravenous before ordering puchero. Some restaurants only serve puchero on certain days. 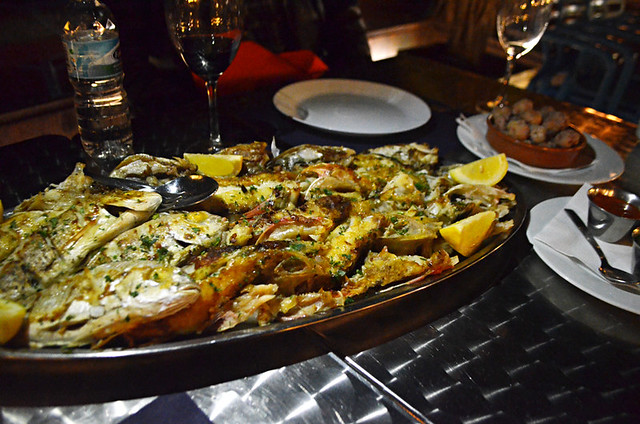 Every so often we get a yen for trying everything, so we order a parrillada… and then are invariably over-faced by the mountain of grilled meat, fish or seafood which arrives on the table and blots out the sun. Parrilladas can be incredible value as they aren’t expensive in many traditional restaurants. We’ve had times when a fish and seafood parrillada for two has defeated four of us. Sharing parrilladas is a social way of dining so also a good fun way to eat a variety of local goodies.

With many recipes in the Canary Islands everyone likes to add their own personal touch (the abuela element), so what ends up on your plate may vary slightly from restaurant to restaurant.