Yesterday we received a press release about the  ‘branding’ of guachinches and new steps to ensure that these makeshift, basic, traditional restaurants operate legally, or at least to try to make more of them operate legally. By coming into the fold, guachinches will get a nice new V sign to show they’re legal and be allowed to open for up to six months, which is longer than previous regulations. It’s intended they’ll be listed as well, in theory making it easier for people to find them. The blurb goes on to say the V will show people that the guachinche is authentic and legal. They’ll have to apply to stay legal on an annual basis. 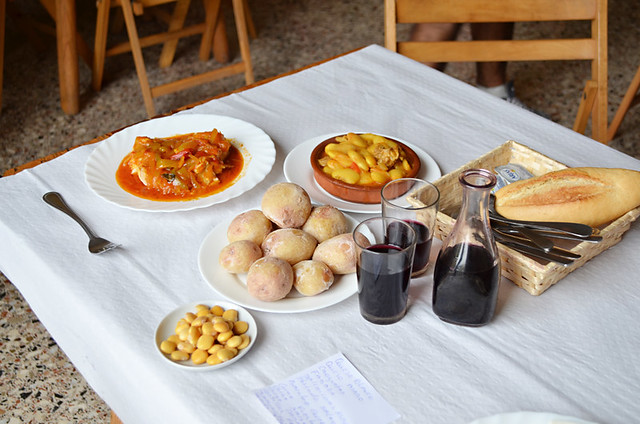 It’ll be interesting to see how this pans out. It won’t be the first time the authorities have tried to regulate guachinches and we’re guessing it won’t be the last. Every couple of years there’s an attempt to try to control guachinches. All those who know and understand guachinches will know these measures are only ever going to have limited success. For anyone who doesn’t know what a guachinche is, here’s an explanation. We’re regular visitors to these uniquely northern Tenerife eating and drinking joints. By their very nature they’re unconventional. Sometimes there’s even a slight illicitness to them, it’s all part of the charm – as is following rough signs on trees to track one down. When we visit a guachinche we’ve no idea if it’s one that sticks to the rules. It’s impossible to tell.

Whatever official sounding noises come out of Tenerife’s capital, I don’t expect our ‘authentic’ guachinche experiences to change much.

The art of authentic Canarian dining

Away from the tourist resorts, authentic dining in Canarian restaurants on Tenerife can come as a culture shock for some, leading to undeserved poor reviews. This explains why.
[…]