Every year there are a number of competitions to determine the ‘best of’ a particular product in the Canary Islands. One of these relates to gofio, the toasted flour which can be made from wheat, corn, barley, chickeas… a mix of these.

Gofio has been a staple part of the diet of islanders since before the conquest and can be found in every Canarian supermarket on Tenerife. There are working mills in traditional towns all over the island and once you know what gofio smells like you can track down a mill just by following the unmistakeable aroma. 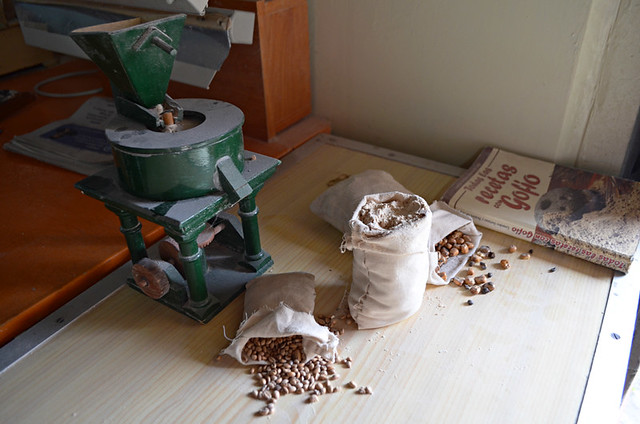 But for all its immense popularity, not many visitors actually encounter gofio on their culinary travels. Even some travel writers/bloggers who write about gofio, clearly make a stab in the dark at what it is. There have been quite a few times where I’ve read advice about ‘ordering a plate of gofio in a traditional restaurant’.

Gofio isn’t a dish, it’s an ingredient. If you want to go native and try it, here are nine ways to give it a go. 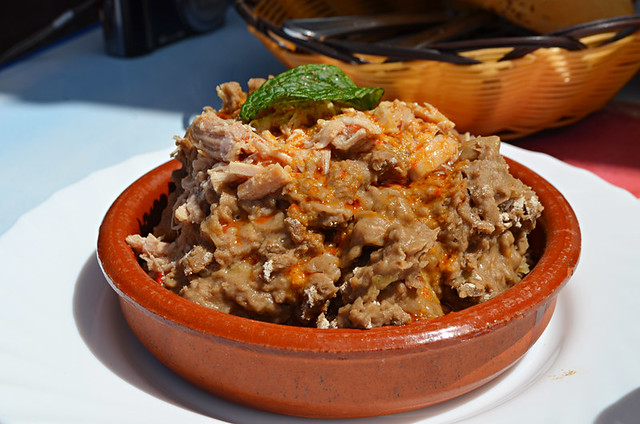 Escaldón often turns up on the starters section of menus in traditional restaurants. It’s a thick paste consisting of stock (often fish, but can also be meat) mixed with gofio. Sometimes it comes with onion wedges. It’s an odd little dish which can be an acquired taste. Its case isn’t helped by the fact it is unappetising looking. Escaldón is dirt cheap and extremely filling. We’ve rarely had two bowls which looked the same; its texture can range from smooth to lumpy and chunky. It’s a dish we order just to see the reaction of friends who’ve never tried gofio. 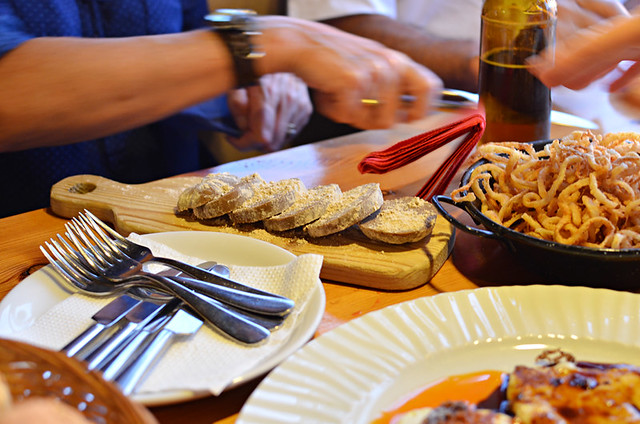 You see a lot of gofio amasado at romerías around the island. Gofio is mixed with olive oil, honey, almonds and water and kneaded into a dense, sausage-shaped tube, then sliced into discs. Unless the balance of ingredients is right, it can be quite a bland dish. But prepared properly it’s a nice mix of savoury and sweet.

In soups and stews 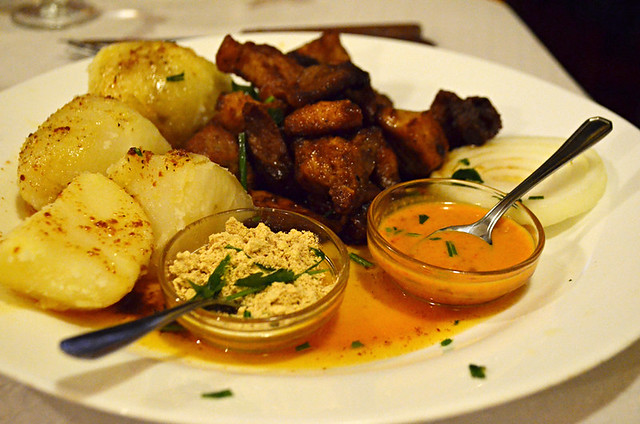 Gofio is regularly used to thicken and add flavour to soups and stews so you might not always be aware you’ve tried it. Some traditional restaurants serve soups with a small bowl of gofio so you can adjust consistency yourself. 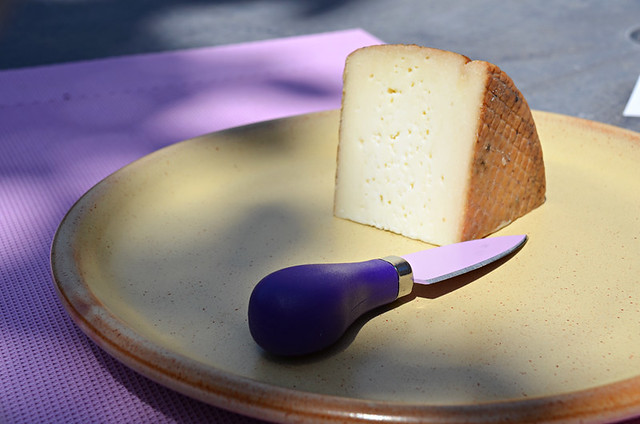 If you haven’t discovered Canarian cheeses yet, you’re missing out. The islands produce award winning cheeses. Many come coated either in paprika or gofio, both of which add an extra oomph to the flavour.

For breakfast 1
Many hotels, even those in the main purpose-built resorts, include a bowl of gofio as part of the breakfast buffet. It can be used in a number of ways. I sprinkle it on muesli and breakfast cereals for added flavour. 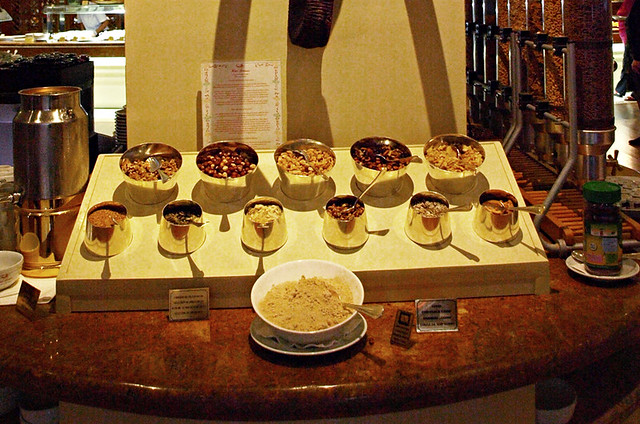 For breakfast 2
A traditional way of having gofio at breakfast is to mix it with milk. Years ago a gofio miller in La Orotava told us how he always had gofio and milk in the morning as it staved off hunger until lunch time. He called it the original power drink; a claim which isn’t without some substance. 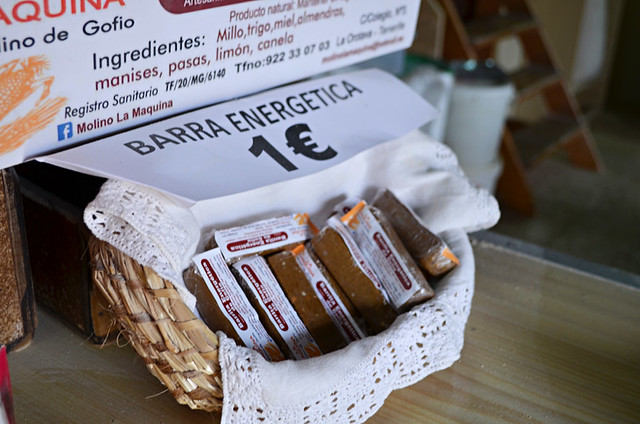 Following on from gofio as a power drink, the same miller now produces gofio energy bars. They aren’t dissimilar to mini gofio amasado. We’ve found them to be every bit as good, better actually, than mass produced energy bars.

Gofio as a dessert 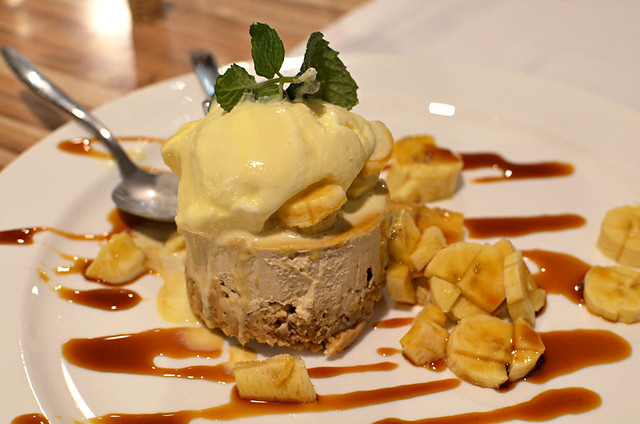 Gofio used as an ingredient in desserts is increasingly popular on Tenerife, especially amongst the more contemporary Canarian restaurants where old recipes have been given a 21st century facelift. The most common examples are gofio ice cream and gofio mousse. It’s an ingredient which works particularly well in puds. 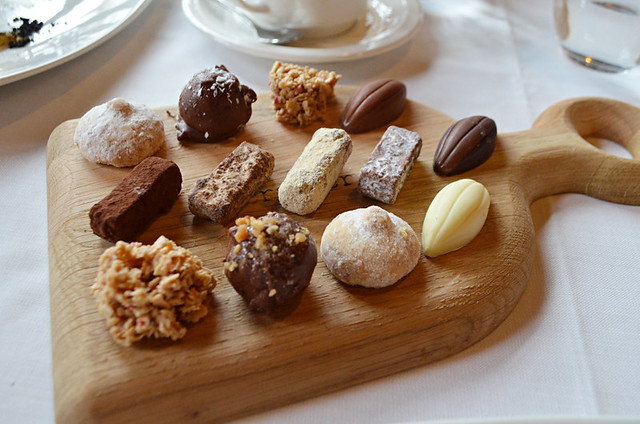 As well as being used as a coating for cheese, gofio is used as a delicious dusting on chocolate. Artisan chocolate and cake makers El Aderno produce a range of of dreamy chocolates with interesting flavours, gofio being one of them. A box of their selected chocolates makes for a great present for Tenerife for friends and family back home. The challenge is to get it to them without scoffing the lot.

Incidentally, gofio mills on La Gomera swept the gofio prizes board this year (2017), picking up 13 out of 19 awards. Tenerife millers grabbed 4 awards whilst the other two went to Gran Canaria and El Hierro.

Whether you’re still in the flush of new love; have been together for more years than you were single; or are ready to move your relationship to the next level and pop the question, a […]