There is one weather alert on Tenerife which regularly confuses people. As a result this can result in weather conditions being misreported in English. It’s when there is an alert for costeros. Translated it means coastal and its full title is fenómenos costeros. 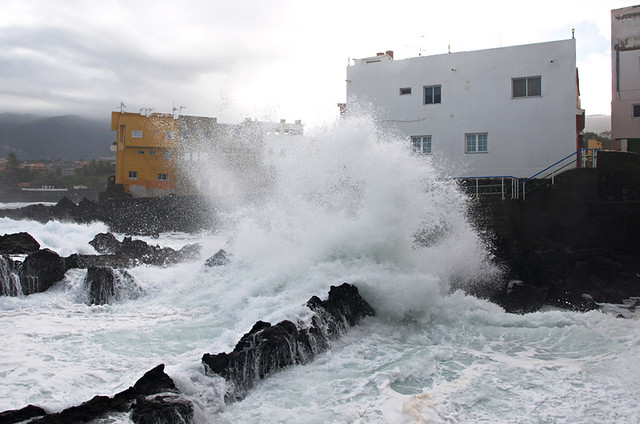 When a weather alert is for rain,wind, snow, heat and even polvo en suspensión (calima dust) you know exactly what you’re getting. But the problem with costeros is the word itself doesn’t tell you anything other than it’s the coast which is affected. Unless you’ve experienced costeros first hand many times, it’s difficult to appreciate what it might actually involve.

Generally it’s understood that an alert for costeros means the sea is throwing a hissy fit and battering the coast with waves in one way or another. That’s accurate but only up to a point. The biggest incorrect assumption people make is that costeros means stormy weather or that it involves strong winds. Neither is necessarily true. 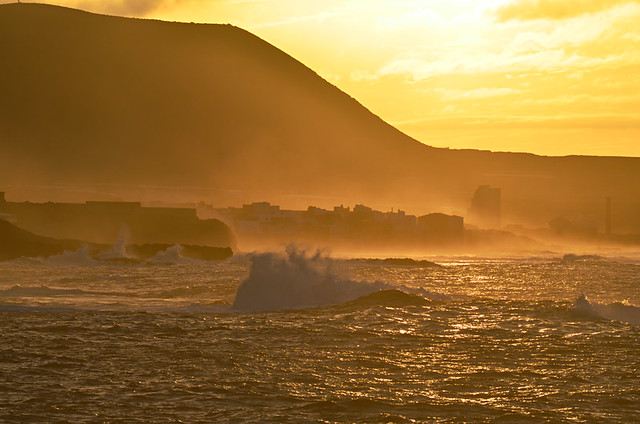 There are certain times of the year when alerts for costeros are common (especially in the north) – when there’s a change of season in October/November and again in March/April. Because of this there can often be other weather conditions which affect Tenerife and the other Canary Islands at the same time. This can murky the ‘understanding weather alerts’ water.

For example, there are currently weather alerts across the Canary Islands for heavy rain and also for costeros. But that doesn’t have to mean both at the same time. At this time of year we don’t need to see an alert to know when huge waves are battering the coast, we can hear them… and our house is inland and 100m above sea level. Last night there wasn’t a drop of rain or a breath of wind and yet we fell asleep to the roar of the sea. 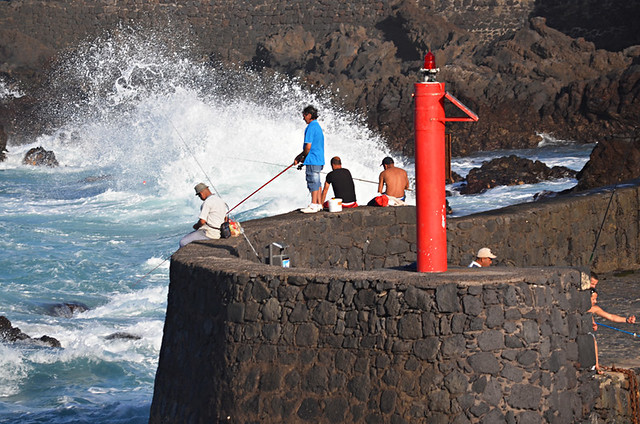 Neither does costeros mean dull weather. As I write this the sun is shining, Mount Teide is clear above the Orotava Valley… and I can still hear the crashing of the waves.

This is costeros. And it’s partly why it can be one of the most dangerous of weather alerts.

People think because the sun is shining and it’s a beautiful day that all is well with the weather. But what’s happening on land and at sea can be two very different things. When the weather is lovely on land people who venture close too the sea to watch the spectacular wave action are in danger of being swept onto the rocks. It happens every year. 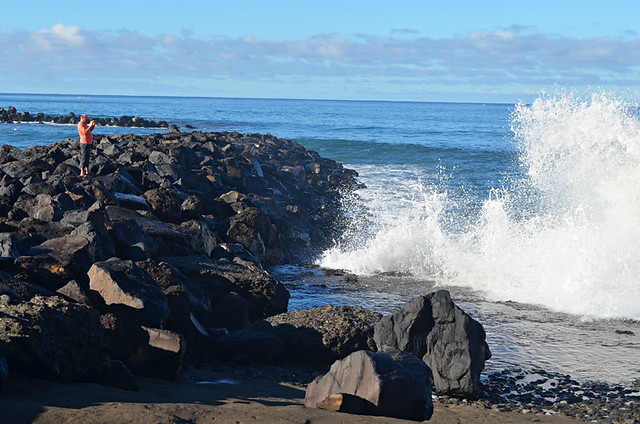 Another thing people don’t realise about an alert for costeros is the sea might not appear as though it’s doing an impersonation of a perfect storm. Sometimes, apart from the mutant Atlantic rollers, it can look relatively calm.

One April, shortly after we moved here, we were sunbathing on Playa Jardín. It was a lovely, sunny day and the sea seemed calm apart from the usual lively waves you get there. Suddenly there was the sound of frantic shouting as a lifeguard cleared the beach, resulting in a Jaws type scenario with people running away from the water’s edge clutching towels, bags, sandals. We made it to the wall at the rear of the beach just ahead of the wave which had caused the evacuation. The entire beach was underwater. 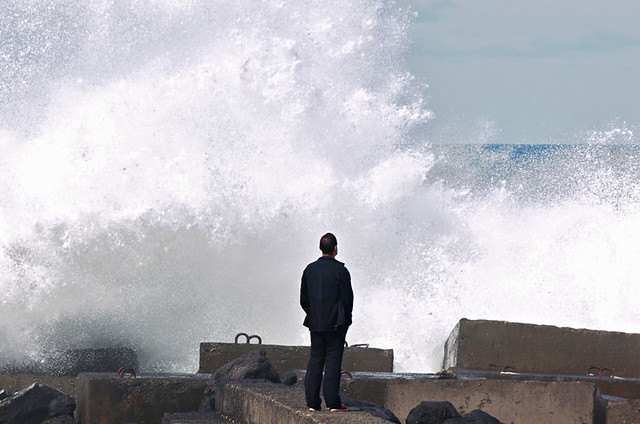 Where to find authentic tapas on Tenerife

Anyone seeking an authentic Tenerife tapas experience doesn’t have to go quite so seriously native, simply visit one of the bigger traditional towns or cities […]