Here’s how the conversation goes in our house when we’re planning a visit to any of our favourite restaurants where the cuisine is more of the imaginative kind.

“I’m not having the degustación menu this time,” one of us will proclaim. “Let’s try something from the normal menu for a change.”

We roll up at whatever restaurant it is, sit down, menus are brought to us, we open them, peruse their contents and then, after a few minutes, one of us will predictably announce.

“Hmm, I know we said we’d choose from the normal menu, but the degustación is looking particularly good this time.”

And so, as we always do, we’ll opt for the degustación menu. 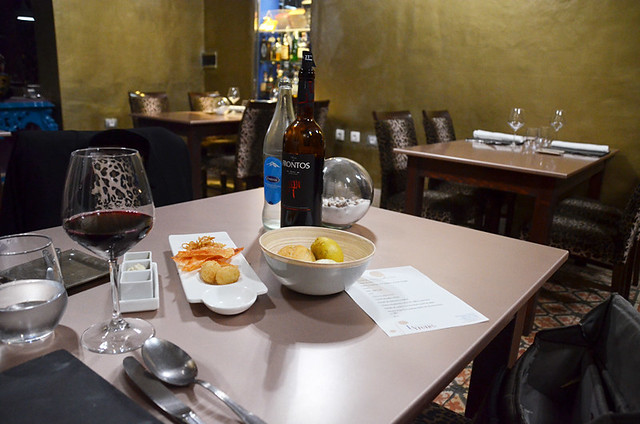 For anyone who isn’t familiar with them, degustación menus are taster menus where the chef gets to dazzle diners with their culinary skills by creating a selection of smaller innovative dishes.

It’s a win win situation. Chefs are able to let their creativity run free and foodie diners like us get to experience a lot of dishes involving a rainbow range of flavours at the one sitting. In the last few years more and more Tenerife restaurants have introduced taster menus. The growth of the luxury hotel market, with 5 star hotels and their gourmet restaurants, combined with the blossoming of the gastronomic scene on Tenerife has meant there are far more restaurants across the island which fall into the cocina creativa category. Where you get cocina creativa you usually get a tasting menu. 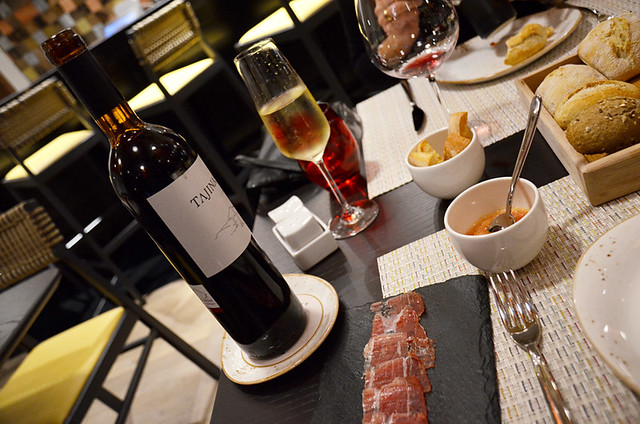 We’ve enjoyed wonderfully contrasting, wildly imaginative taster menus in various parts of Tenerife, including restaurants in luxury hotels like the Melia Gran Palacio de Isora, the Hard Rock Hotel and the Hacienda del Conde; the Michelin star restaurants El Rincón de Juan Carlos in Los Gigantes and Kazan in Santa Cruz; and also in restaurants which haven’t got a star but are of a similar ilk – LArena 53 in La Orotava and Solano in Santa Cruz. There are a load more I could mention.

For anyone who hasn’t tried a degustación menu, the way they normally work is they officially involve between five and seven courses of what should be relatively small portions (so you can actually get through them all without exploding). I say ‘officially’ because there are nearly always add-ons. The actual number of dishes can sometimes vary. Five to seven might be the norm, but the most we’ve ever had was 16 at El Celler de Can Roca in Girona. 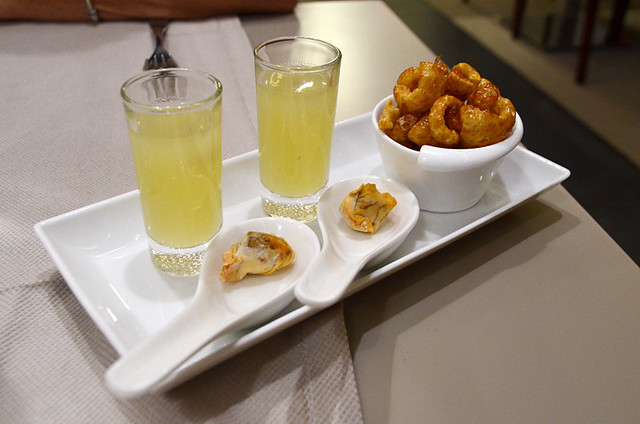 Generally speaking this is how it works.

First up is bread, butter, olive oil and/or nibbles. Artisan bread comes in various flavours as does the butter and sometimes even the salt. I’m a sucker for this part. My intentions are to exercise restraint and only try a couple of bits of bread to pace myself. But once I spread the likes of truffle butter on tomato bread my resolve crumbles like the warm, tasty bread in my hands. 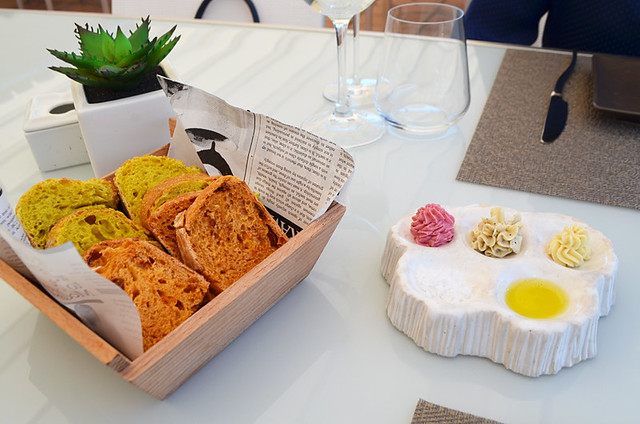 Then there’s an amuse-bouche, a whimsical little surprise offering to grab the attention of the taste buds. This can be just about anything. Examples we’ve had this year included a mini steak tartare and something in a wooden pencil box with smoke coming out of it (the presentation should be as creative as the food). The swirling smoke is the reason I’m not sure what it was, but it tasted fab. 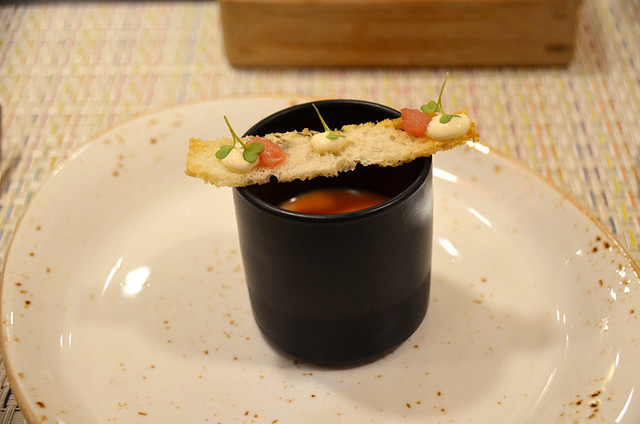 After that comes the main dishes which may start with imaginative salads or frisky soups, a rich rice or pasta dish (sometimes both) and then a fish/seafood signature dish followed by the main meat offering. It’s personal preference, but the main meat dish is often my least favourite part of a degustación, possibly because I’m usually borderline full by the time I get to the meat. 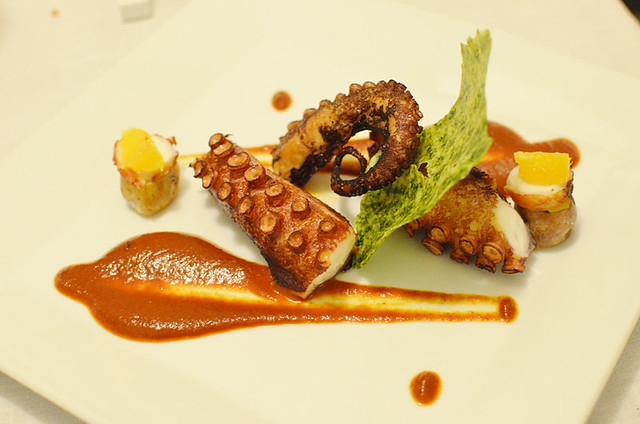 Then the meal is finished off with a selection of pretty desserts, the best examples of which look as though they’ve been dreamed up by Willy Wonka. Except in many instances, the dessert isn’t the end. Just as you might think it’s over a selection of handmade chocolates can appear.

So what does all this cost? 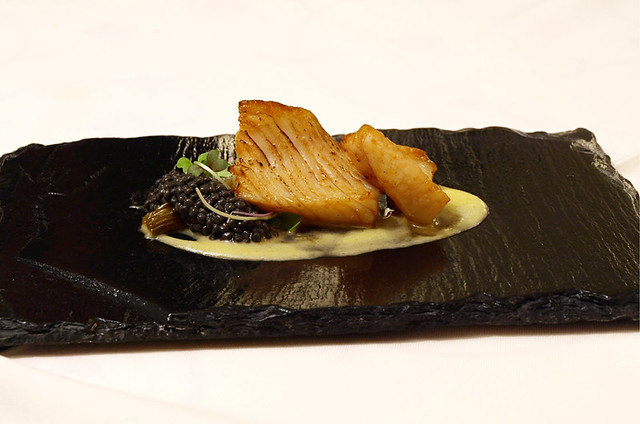 As you’d expect it’s going to cost more than a meal in a standard traditional restaurant. In Michelin star restaurants in some locations taster menus can run into the hundreds. But on Tenerife you can eat top level cuisine for a lot less than in many other places. For example, at El Rincon de Juan Carlos the tasting menu consists of 11 dishes and costs €85pp. That might sound a lot, but at an equivalent restaurant in France a taster menu of six dishes is €90, whilst in Italy an equivalent one star restaurant with a seven course degustación is €150. For a Michelin star restaurant, El Rincon is very, very good value. 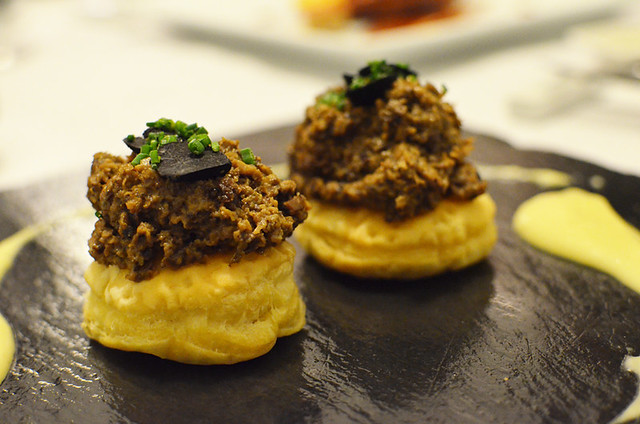 But you don’t have to even pay that on Tenerife. The degustación we ate at LArena 53 (five courses with extras) was €46pp and at Solano in Santa Cruz, six courses (and extras) was only €36.

With many tasting menus various wines can be paired with the dishes at an extra cost. 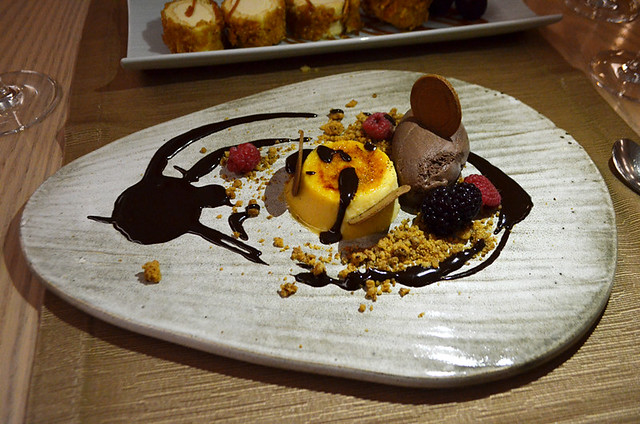 One thing I’d say about taster menus is they are most appreciated by people who like to enjoy new gastronomic experiences and who are also willing to try anything that’s put in front of them (within reason). If anyone is after good food that’s also comfortably familiar, the taster menu might be a risk… although you never know till you try. 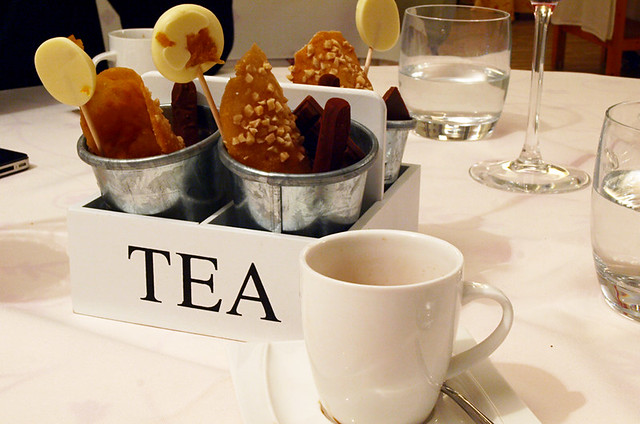 For anyone feeling adventurous the degustación menu can be an exciting culinary roller-coaster ride.