We regularly say to people that carnival on Tenerife isn’t the same if you don’t wear some sort of fancy dress.

This doesn’t apply to when you go to watch parades. Some visitors put on Mohawk wigs or funny hats bought from shops for the parades, but most locals don’t dress up unless they’re actually taking part in an event of some sort. Either way it doesn’t matter, carnival is all about having a good time. 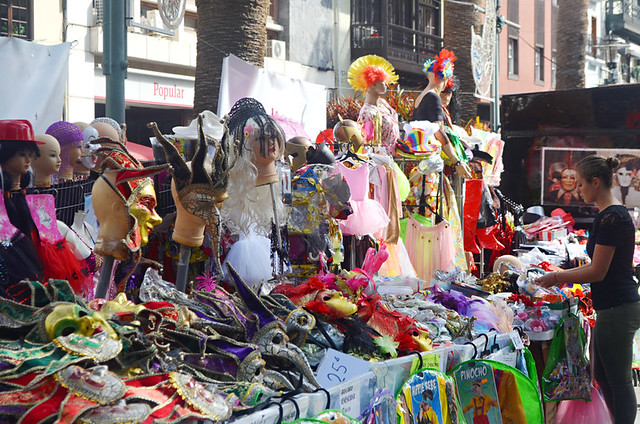 It’s different with carnival street parties where it just isn’t the same if you’re not in fancy dress. It will still be a lot of fun and quite an experience, but it simply won’t be the same.

We found that out during our first carnival street party in Puerto de la Cruz when we went in ‘civvies’ and felt like gatecrashers at a party. Nobody made us feel like that, but we didn’t feel part of the surreal army around us. 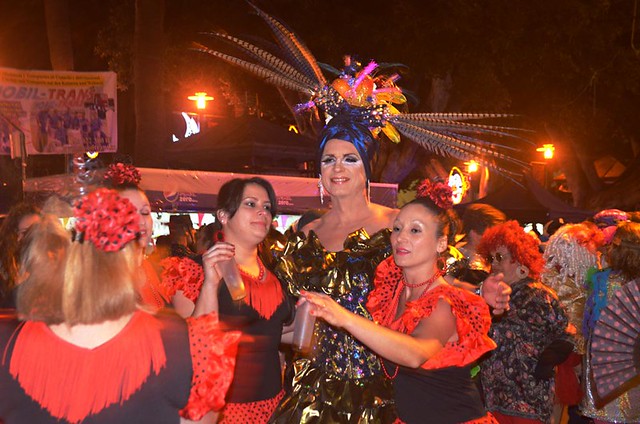 Over the years any visiting friends who started out being a wee bit shy of slipping into a silly costume soon change their mind after being in the midst of a crowd of Snow Whites, Minnie Mouses, vampires, clowns, Cleopatras and pirates etc. It doesn’t take long for the penny to drop that in their everyday clothes they’re the ones who stand out as being out of place.

But this year we discovered something we’d never realised before. 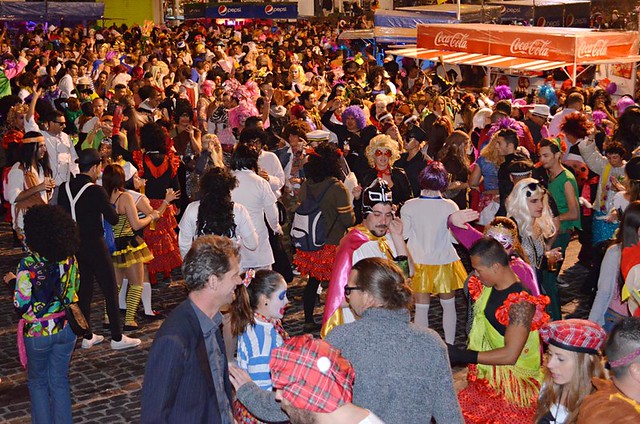 Sitting in the Beehive Bar watching football the day after the opening street party in Puerto de la Cruz, a friend told us he’d been standing a few feet away from us in the Frigata bar where we’d taken some comfy seat time out from the party in the plaza. Not only that he’d walked past us a few times and we’d ignored him.

I was completely and utterly gobsmacked. I hadn’t spotted him at all despite my head being on a swivel, as it usually is at carnival, taking in all the bizarre sights around me in the bar. 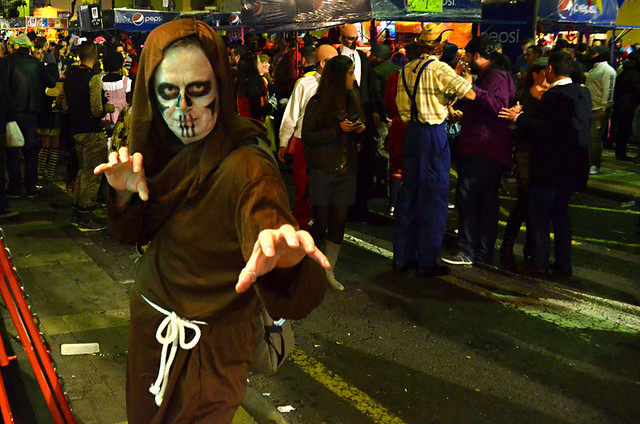 My first thought was his costume must have been a good one for me not to recognise him. Was he one of the Marilyn Monroes,? The stormtrooper? The Polynesian who looked like a haystack?

It turned out he was none of those, he wasn’t in fancy dress at all.

It was at that moment I realised something I’d never thought of before.

As I’d scanned the bar, checking out costumes, everyone who wasn’t in fancy dress just hadn’t register.

It was subconscious, but my fancy dress-less friend had been completely invisible to me.