A friend visiting the Canary Islands for the first time told us about a meal she’d eaten in a traditional restaurant. She wasn’t impressed. The presentation was poor and the food basic.

I didn’t say it, but this was going through my mind – ‘welcome to traditional Canarian cuisine.’

A few years ago there was a blog trip to La Gomera where Spanish travel bloggers posted photos on Twitter of the local dishes placed before them. If they were meant to get readers’ juices flowing they failed spectacularly. I remember one in particular that made a bowl of cat food seem like avant-garde gastronomy.

But that doesn’t mean it isn’t good food. It’s just not going to win any beauty contests. 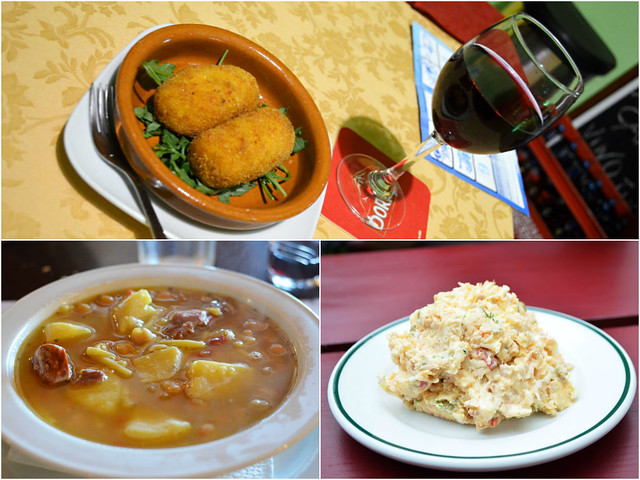 Starters
Delve into starters and it can be a case of colourful and quite attractive – papas arrugadas (wrinkled potatoes, the classic Canarian dish referenced by everyone and their dogs) with mojos (sauces); grilled cheese (also with mojos) or neat croquettes. On the other hand it can be a huge dollop of something in a bowl – ensaladilla rusa (varies from place to place), ropa vieja (translated it means old clothes and by the looks of it, that’s not far off the mark) or the worst looking dish of them all, escaldón de gofio (gofio mixed with stock).

Meat
Generally speaking meat dishes won’t have you pulling out a crucifix to ward them off, they’re just not very exciting to look at. Meat (pork, chicken, steak) often comes in filleted slabs, or chops (chuletas) with either papas arrugadas or French fries. accompanying vegetables are rare, but there’s often a bit of a weak excuse of a salad on the side. Alternatively it comes in chunks – cabra (goat), conejo (rabbit), carne fiesta (seasoned pork) and drowned in French fries. 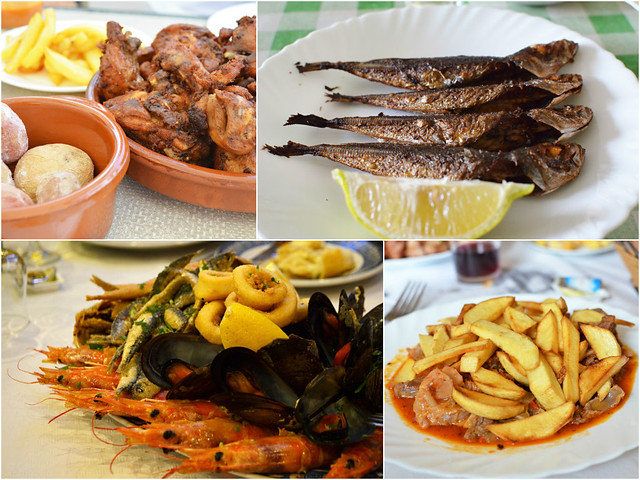 Fish & Seafood
Like meat, fish is simply cooked and presented. If you don’t like fish with head and tale on then don’t choose the likes of breams (half the fish on the menu will likely be some sort of bream), sea bass or parrotfish, Instead choose big fish such as bacalao (cod) or cherne (wreckfish) which comes filleted and without bones.

Similarly, squid, octopus and cuttlefish can arrive on your plate leaving you in no doubt about what they are. In the best fish restaurants, there are plenty of tentacles and none of this only anonymous rings business.

Stews
Stews like puchero and dishes like costillas con papas y piñas de milla (ribs with potatoes and corn on the cob) are classical Canarian dishes that are about as unsophisticated looking as you can get. Puchero, a battlefield of ingredients, is especially good for playing a gastronomic game – try to identify everything that is in it. 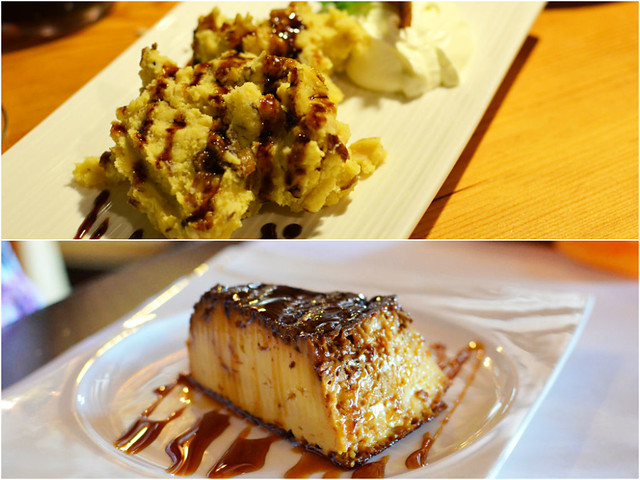 Desserts
There are a lot of milk based desserts. Memories of school dinners means arroz con leche (basically rice pudding) is never going to be a first choice. Leche asado (baked milk) is better than it sounds whilst bienmesabe (almonds, sugar, lemon, biscuits, egg yolk and cinnamon) is definitely better than it looks. Same with frangollo (similar to bienmesabe but with a few tweaks) and quesilla, a flan of varying density made with milk, condensed milk, eggs, sugar and sometimes cinnamon and liquid caramel.

The thing about Canarian food is that it might not have model good looks, its strengths lie in the fact that the best Canarian cooking uses fresh local ingredients. Dishes are simply prepared, letting flavours speak for themselves. It’s good, honest, country fare. 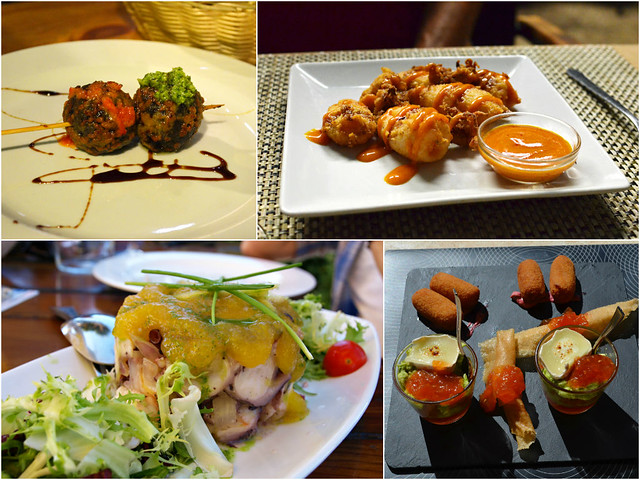 And with younger chefs learning the tricks of the trade in pastures further afield, there is a new breed of traditional Canarian restaurant springing up across Tenerife. Restaurants where presentation is increasingly important and traditional dishes are being given a modern makeover to help them look more sophisticated and less like the proverbial dog’s dinner.