As many of the religious fiestas on Tenerife are moveable feasts it means some years you get a series of top events and celebrations almost piling on top of each other to vie for your attention. 2017 is one of those years.

Midsummer is a magical time on Tenerife for a number of reasons. There’s a palpable change in the air as, despite the misleading name, summer kicks in. You notice it in all sorts of ways in traditional parts. Some coastal villages which are quiet during the year start to come alive as islanders (not just from Tenerife) take up their summer residence. In Puerto de la Cruz the town buzzes with Spanish mainlanders from late June until the end of summer. It’s a far different vibe from the winter months. 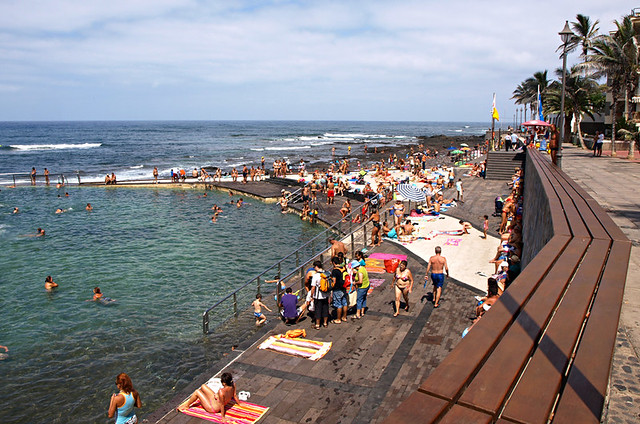 Because of Easter being late this year, the Corpus Christi flower and sand carpet displays weren’t laid until late June. This means a good amount of stamina will be required for anyone wanting to take in all of the biggest, best and most colourful events over the Midsummer weekend. With the big star of the Corpus Christi show in La Orotava taking place on 22 June that means you’ve got the flower carpets to see one day and then the following night, el Noche de San Juan. If you want to be ensure good health or find the love of your life over the coming year, a Noche de San Juan Midsummer beach party with a midnight dip to round it off is a must. 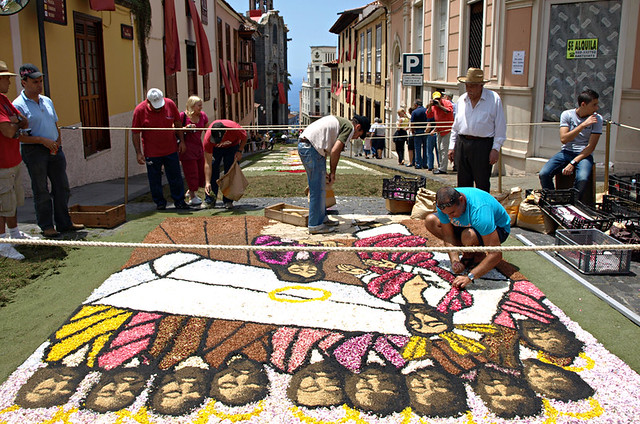 Puerto de la Cruz has a huge beach party which might prove too much ‘authenticity’ for some folk, but there are smaller versions to be enjoyed on beaches all around the island as well as parties in the hills. Playa Fañabe is looking a good spot for southern Tenerife Midsummer’s Eve worshippers as this year there’s a wonderful work of wooden art by Italian artist Luigi Stinga. Don’t get too attached to Fañabe’s 5m tall Poseidon, he won’t last the night. Luigi’s works usually end up as bonfires. 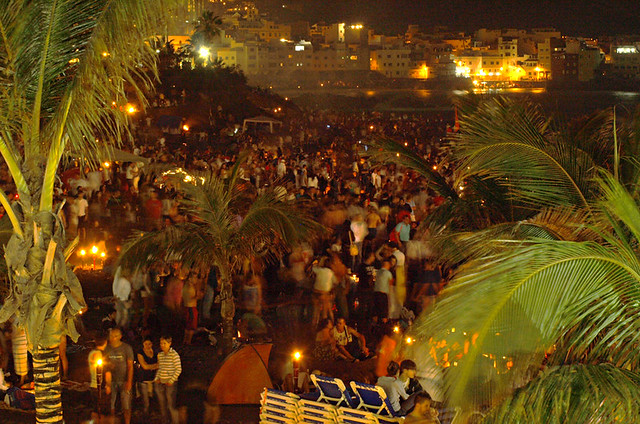 It takes real determination to spend the night at a beach party and then rise in time to see el Baño de las Cabras, the ritual bathing of the goats (dogs and horses) which takes place in the harbour in Puerto de la Cruz early on Midsummer morning. In the past we’ve had comments posted to the effect it’s an event put on for tourists (it’s really not, as anyone who understands Tenerife traditional life will know) or that it’s cruel. My mum’s family were farmers and I spent summers at an aunt’s farm where I helped drag noisily protesting animals through a sheep dip which helped cleanse and protect them from parasites. What takes place at Puerto is the Tenerife equivalent. The goats make a lot of noise when being taken into the sea, but they will be healthier and far happier after they’ve had their annual bath in naturally cleansing sea water. There’s a lot of common sense in the ‘old ways’ that isn’t always obvious to those not familiar with rural methods. Think how some domestic animals react to being washed, and then imagine a beach load of them bitching about the idea of being dunked. 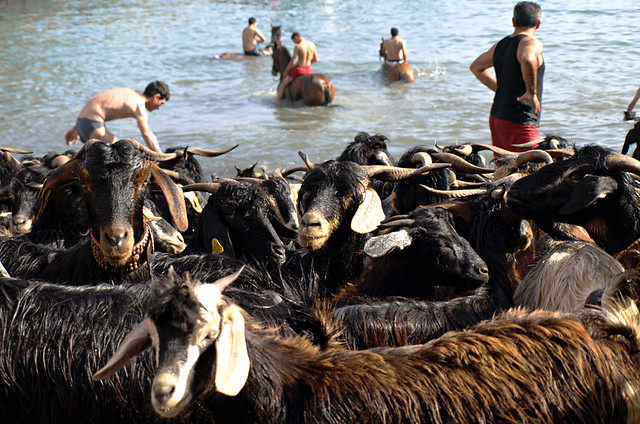 For anyone still after high visual impact traditional Tenerife experiences, there’s no rest on Sunday as the Romería de San Isidro Labrador in La Orotava takes place. It’s one of the biggest romerías on the island, and Orotava’ historic streets help make it one of the best looking. With lashings of free wine and food, all dished out from a convoy of ox drawn carts, it’s one hell of a way to end an action-packed and very varied traditional Tenerife weekend. 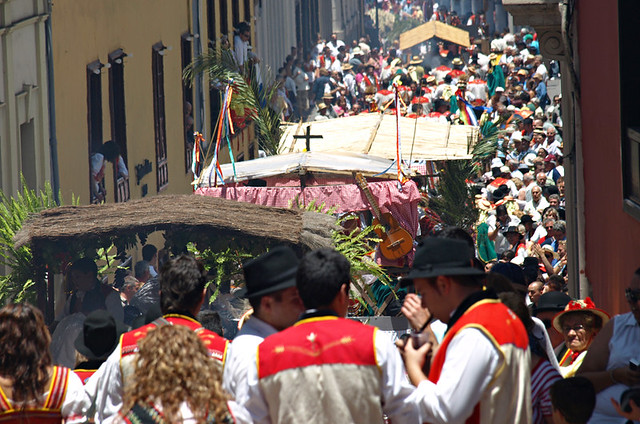 With this being June, that’s not the end. There are parties, fiestas, festivals and all sorts of fun and fascinating events across Tenerife throughout the rest of the summer.

More detailed information and insights into Tenerife’s main fiestas and festivals can also be found in our guidebook The Real Tenerife.